I’ve returned to Aalborg, since I am taking a Python programming course for three days at Aalborg university, starting tomorrow morning. Last time I went to Aalborg I made the mistake of taking the train, but this time I went by plane. Why did I not do this last time? It took less than half the time, and was a much more pleasant experience! Even though I arrived very early in the airport, I could take a look around or sit down and relax with a beer (even though I would have preferred a Tuborg classic). 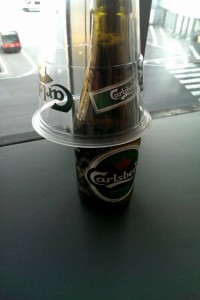 I have never been to Aalborg airport before, and I was thinking “what a cute little airport”. There were only two baggage tracks, and my first thought when going outside was “this looks like a Bilka parking lot”. ^^ 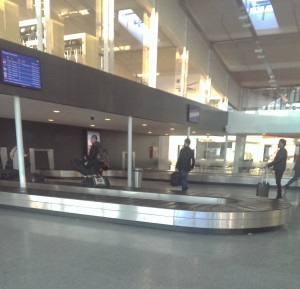 I had initially planned not to check in my suitcase, but when I weighed it I had to change my mind ^^. But the luggage arrived really fast (there were like 10 bags in total), and I even managed to catch an earlier bus than I had planned. I was a bit surprised when I arrived at my hotel room, though. 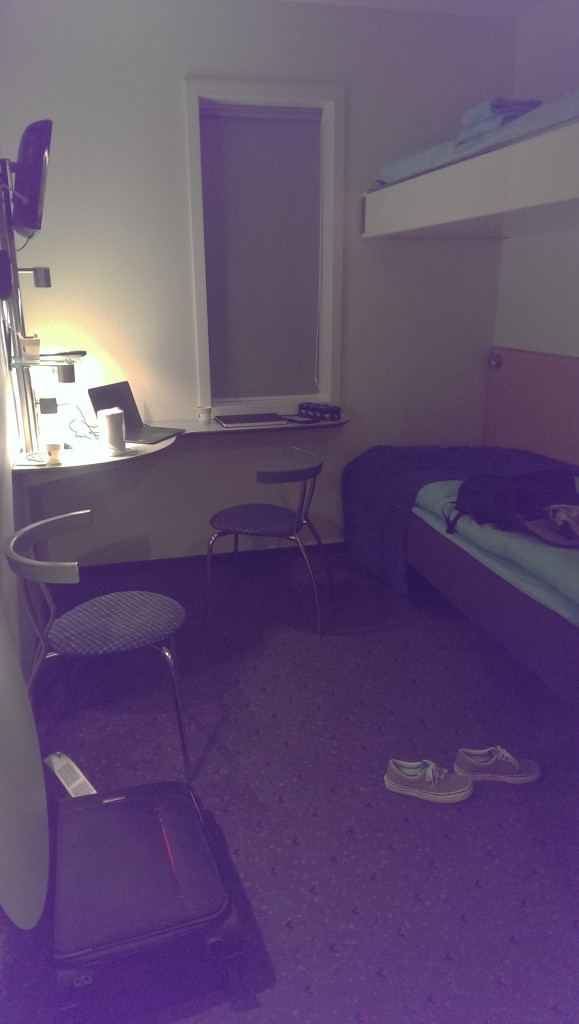 Now I understand the name of the hotel “Cabinn Aalborg Hotel”. This is the smallest hotel room I have stayed in – ever. But you know what… everything I need is here. 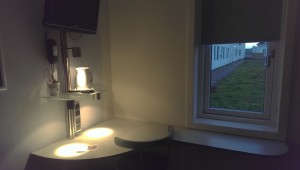 There is even a small kettle and coffee/tea rescue-kit, and also free wifi. 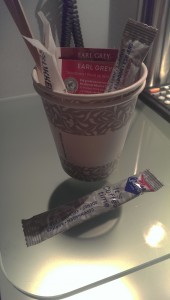 The bathroom is a bit small and reminds me of an air plane toilet. 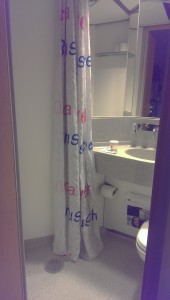 but that is okay. ^^ The hotel is located very central in Aalborg, and it is only for 3 nights.