Recently, I haven’t been writing on my blog as much as I had planned, but I will try to get back into the rhythm again. I really had a tough time finding out what to write, probably because I have been so busy that I haven’t been doing anything particularly interesting. ^^

My car has been having a life on its own the last couple of months, sometimes refusing to start, and then a while ago it gave up completely… for a some time… now it works again. It is quite mysterious actually. It seems to be an issue with the electronics somehow, since it is the immobilizer which keeps the car from starting, but it’s so difficult to find out what causes this error – especially because it comes and goes. But oh well, the car works again right now, and it’s been quite a while since it didn’t want to start. I am crossing my fingers that it will keep working until I am leaving for Japan start August.

Having a drama queen of a car like this, in a time where I am very busy, is really annoying! I am so lucky that I could borrow a car from my mom while mine didn’t work, as I’m so reliant on my car to get to work. At some point, I could really feel my stress level topping, and around this point in time I poured coolant into the power steering oil on the car I borrowed. I realized my mistake very quickly, but there’s just no undo-button in real life now is there… Because of this, the power steering oil had to be drained and replaced – that was not my day!

I had decided not to work at all this weekend since it has become a bit of a bad habit. Additionally, the weather in Denmark has been extremely good lately. Today it is too hot and humid, but the last couple of days’ weather was very nice. My boyfriend and I are lucky to be able to borrow his parents’ house during the summer, as there really is nothing like having a garden when the weather is nice. 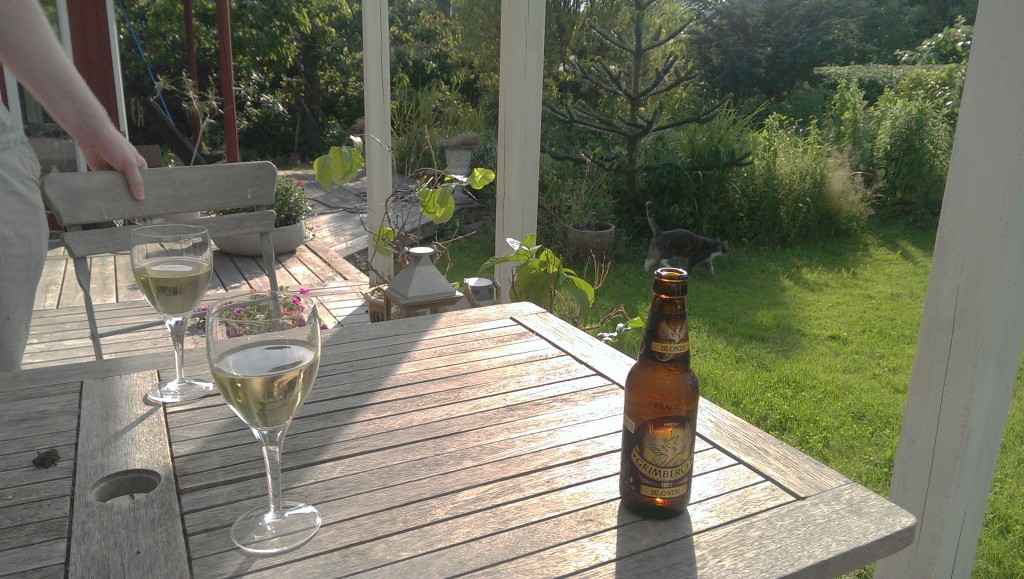 Yesterday we invited some people over on a whim without the intention of drinking very much, but they brought a lot of wine and beer and even shots (Jägermaester and fisk). I ended up drinking way more red wine than I had initially intended, but it was nice to just relax and have a good time in the garden and the nice weather. But it also meant a bit of extra cleaning the next day. ^^ 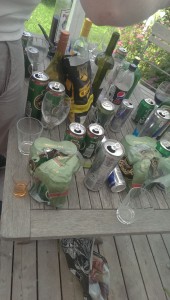 I had planned to get so many different things done at home this weekend (cleaning and such) and not work, and I surely didn’t work… but I didn’t get much done either. Today – being slightly hungover and tired – and with the heat and humidity, I really could not get started. I ended up spending most of today just watching anime and doing nothing productive. But in the end I just accepted the fact that I wouldn’t get anything done, and ordered sushi for dinner since the thought of cooking wasn’t really appealing to me. 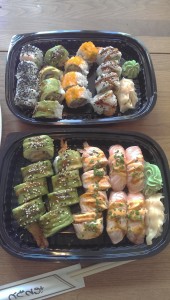 But I guess that is okay – it is weekend after all. If I can’t relax in the weekend, when can I? 🙂