So today has been both a good and a bad day… Why? Well, I spoke Japanese (and English) with some of the students when I joined them for lunch, had a good time with one of the guys helping me in trying to get a sim-card, however… I got no sim-card! Damn it’s difficult because of the strict rules of the companies in relation to residence status.

My day started out by walking 20 minutes to the campus in unbearably hot and humid weather. I already knew this, but I was a bit surprised that it was this hot already at 8:30AM. I had a hard time concentrating on my work afterwards, since my head was all fuzzy after walking in the extreme heat – I wonder if I will get used to it. However, at lunch, some of the students took me with them, and I was very happy that they did so. The contact person I they linked me to in relation to life in Japan is one of the students in the lab and she doesn’t really speak English. However, she actually tried pretty hard anyway. So our conversations were a mix of Japanese and English, and even though we could not say everything we wanted, it was still nice.

At 3PM, I went to Shinjuku City Office assisted by one of the students from the lab who knew English surprisingly well. It was actually quite refreshing to spend some time with someone whom I could properly communicate with (even though I want to learn Japanese better). But well, it’s nice to know that at least there is one of the students in the lab who went abroad and knows a bit of English (even if it was 7 years ago ^^). After getting my residence card stamped with my address, we went to get a sim-card for my phone and this is where the trouble began!

So, this being my 3rd time to enter this store, I went there with a Japanese guy this time. We went trough all the same procedures I did the other day, however this time we could complete the form properly (because of the adress stamp on my card). Then we were told to wait for 30-60 mins until they would call, and we went around browsing the store while waiting. After maybe 40 minutes, they called and asked about where to place my middle name. They also said that it might take a longer time, so we decided to go to a coffee shop and sit down. We waited for maybe 2 hours, but we had a good time talking, so it was no problem. However, when they called, they said that sadly I could not get the sim-card, since a stay of 6 months is not long enough to justify to this sim-card type. That was really a letdown, since my other options were quite bad and a lot more expensive. We decided to call it a day to think it over, since it was already 7pm, and we had left the university at 3pm. Maybe I will find a solution the upcoming days… But I really wanted that GPS right now!!

Ah well, aside from the sim-card thing, I had an exhausting, but very good day! Well, when I got back to my room the bill for rent was put on my door. 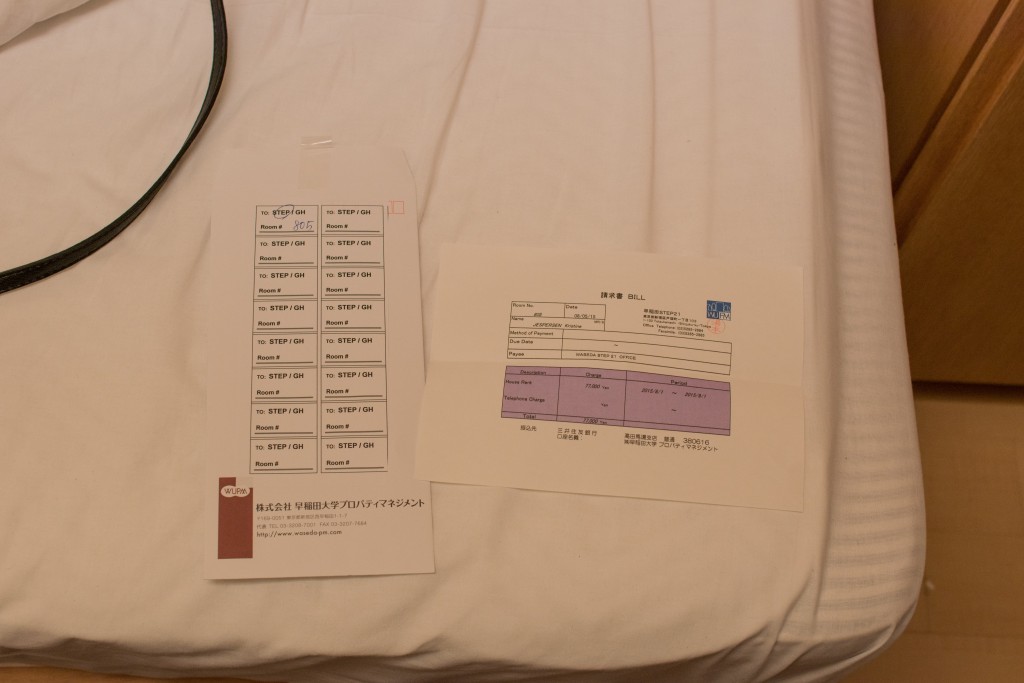 I decided to pay it straight away, so I went to the 7-11 to withdraw money. And then here I was met by another challenge! Apparently there is a limit of 30.000 yen per week in the 7-11 ATMs. My rent was 77.000 yen, so that was a bit problematic. Thanks to that, I had to withdraw from my 3 different credit cards, one of which was my DTU card which will give me some additional administrative work to sort out. But what the hell – I got the money I needed. By the way I had to pay in cash (that is pretty common here), and it looks pretty crazy with those amounts ^^. 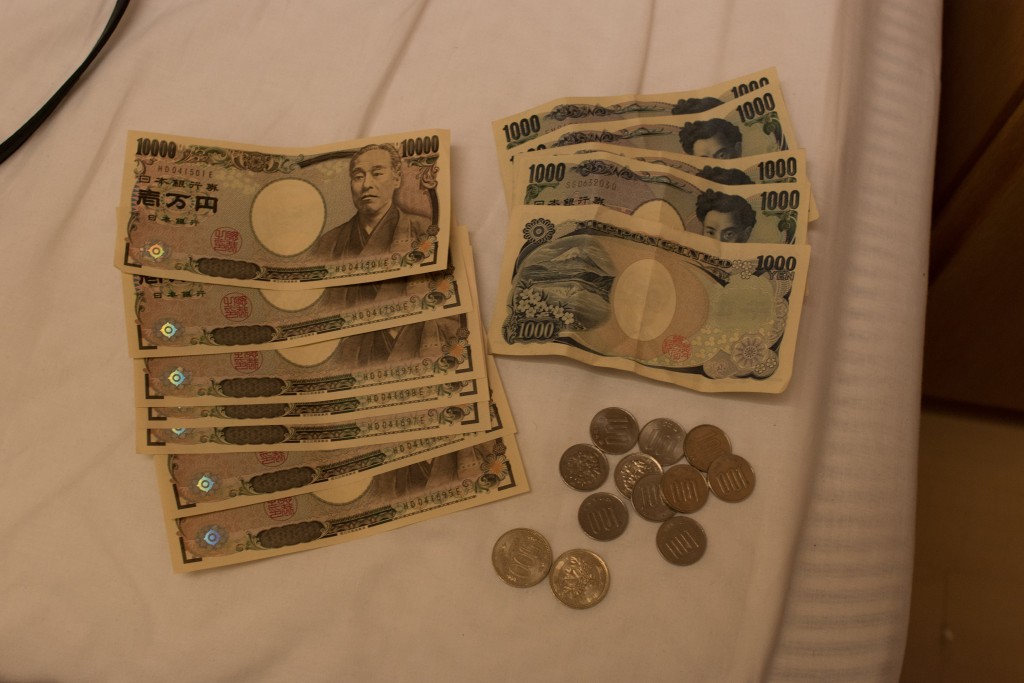 Oh, and by the way, I managed to get so many different cards (not business cards) here in only 5 days! 2 of them are point cards, they really love those, and the card to Yamada Denki I didn’t even ask for, they just gave it to me when I spent a few bucks on a converter plug. 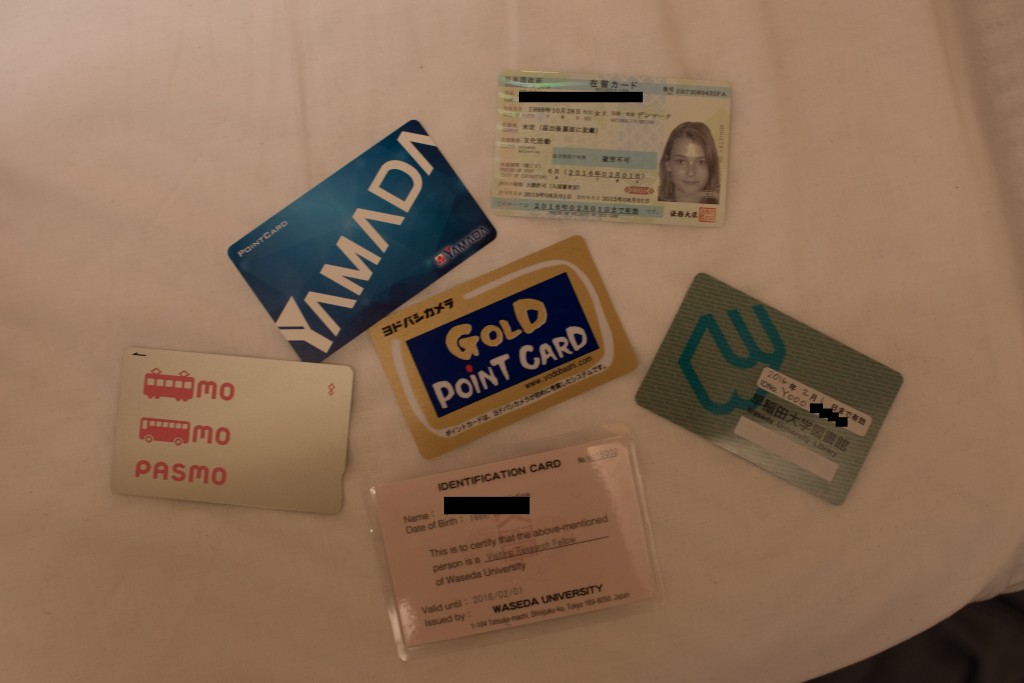 As I am really tired, I will head off to bed. See you later! またね！