The weekend before last I went to Kanazawa (金沢) and this is definitely a place I can recommend to visit. It takes around 2.5 hours by train from Tokyo and going by Shinkansen it is not particularly cheap, but the place we stayed was very cheap and nice at the same time.
We left Tokyo early in the morning and arrived in Kanazawa around 11AM. At Kanazawa station we were welcomed by a magnificent wooden gate… 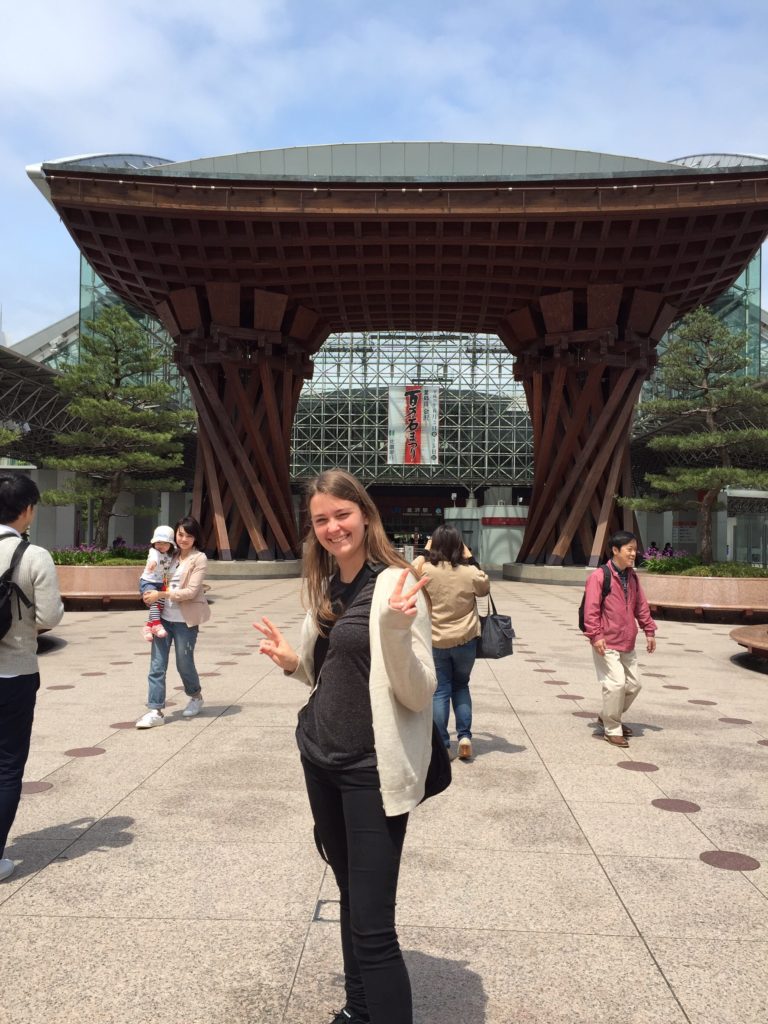 … and an interesting fountain clock which both could tell time.. 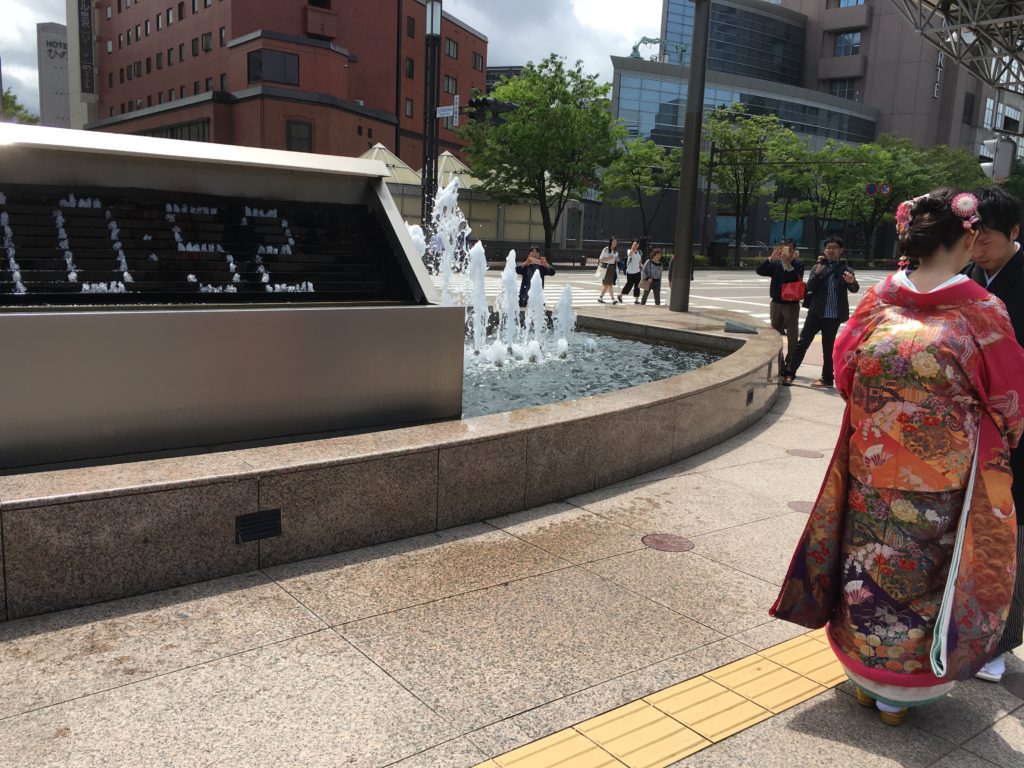 … and say welcome to the people arriving to Kanazawa (ようこそ金沢へ). 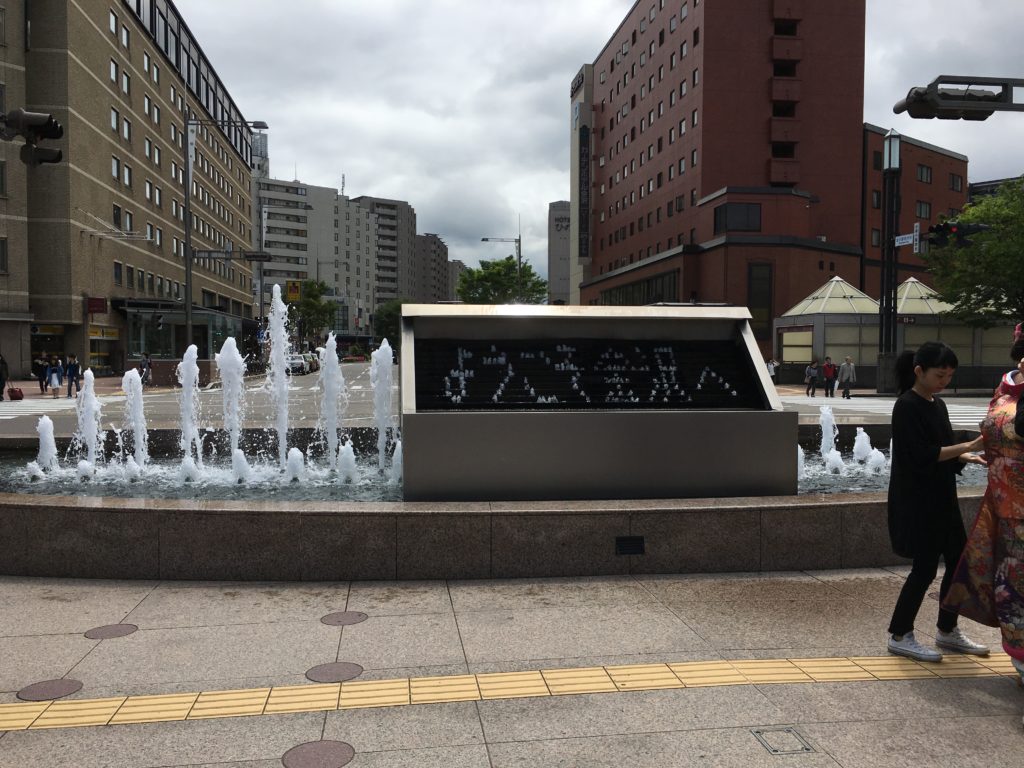 To get around you can take the bus, however there is a quite nice bike renting system which we chose to use since the weather was good. If done correctly, you can use the bikes all day for only 200 yen (around 10dkk). You need a credit card and a pasmo/suica or similar, and the maximum time you can keep a bike without visiting a bike stand is 30 minutes, but it’s really useful. Around Kanazawa there are something like 20 points where you can put/pick up bikes, and they are cleverly located close to popular sightseeing spots. It should be noted, though, that the max height of the saddle was quite low and definitely not made for tall people, but as it is not long distances it was fine. 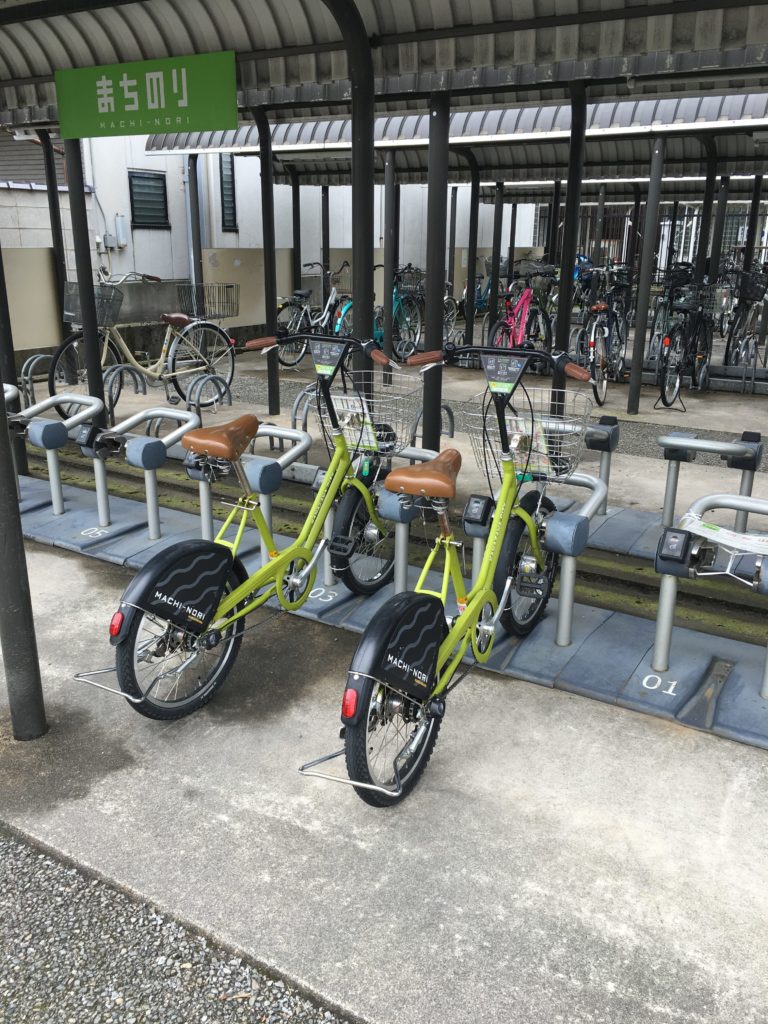 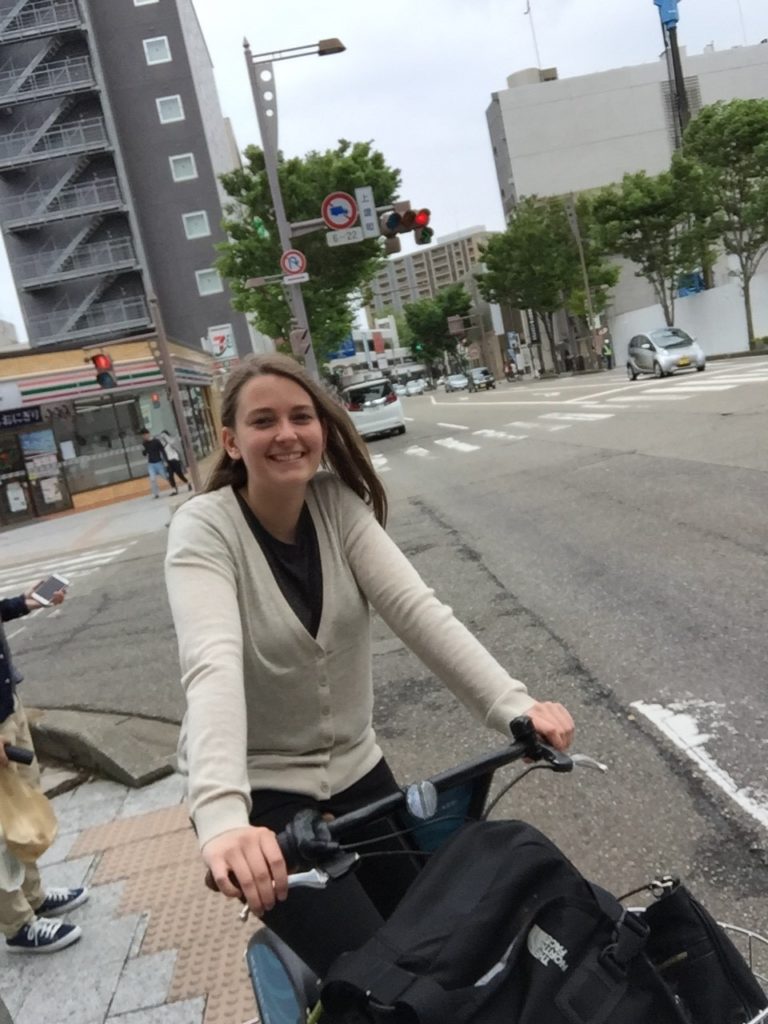 The first stop was a large food market mainly selling fish, fruits and vegetables. It was interesting to see all the different types of fish they sell, and I was surprised by shrimps suddenly jumping in their tray. 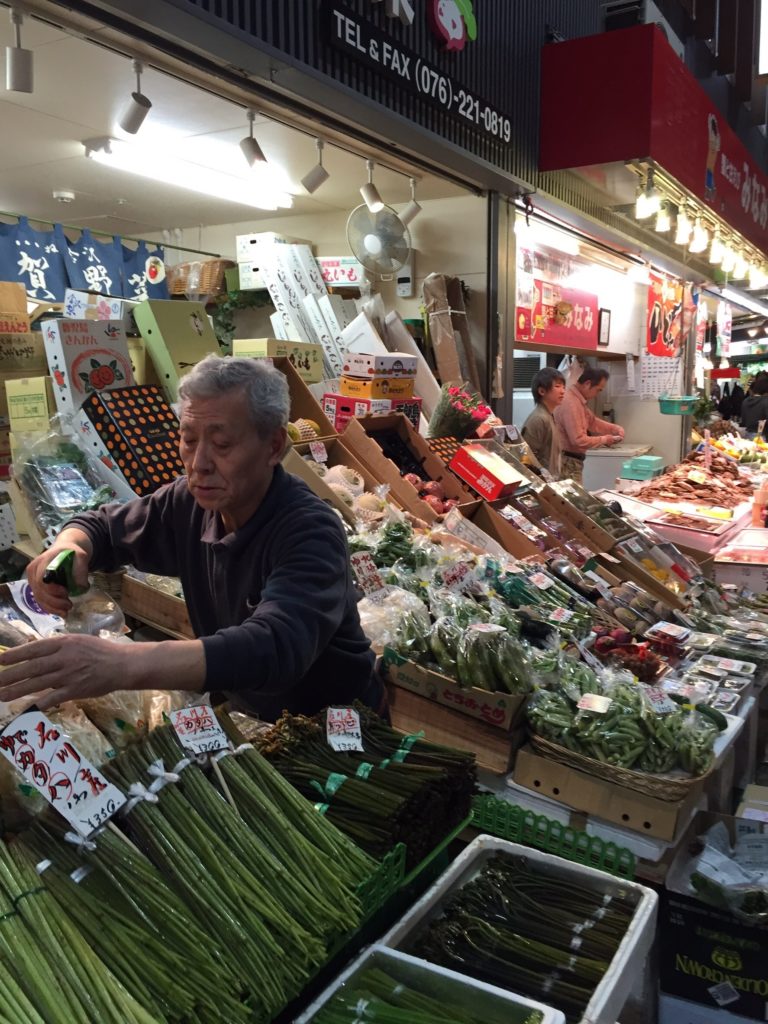 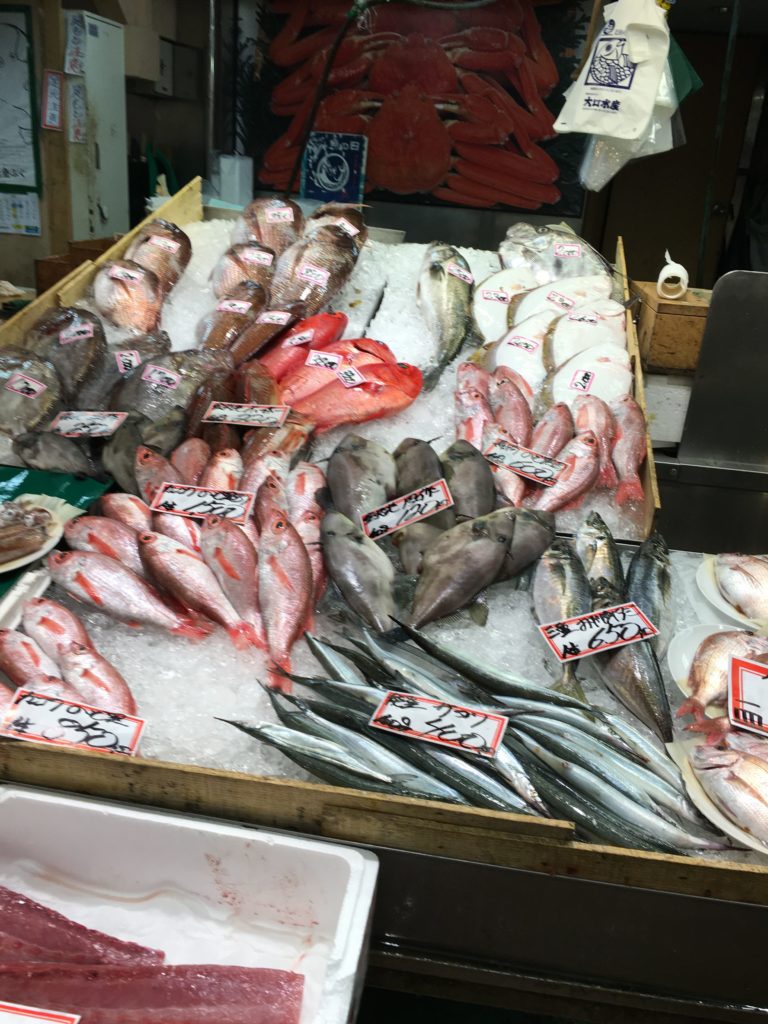 And of course there were also squid which along with octopus is my ultimate enemy of foods in Japan. ^^ 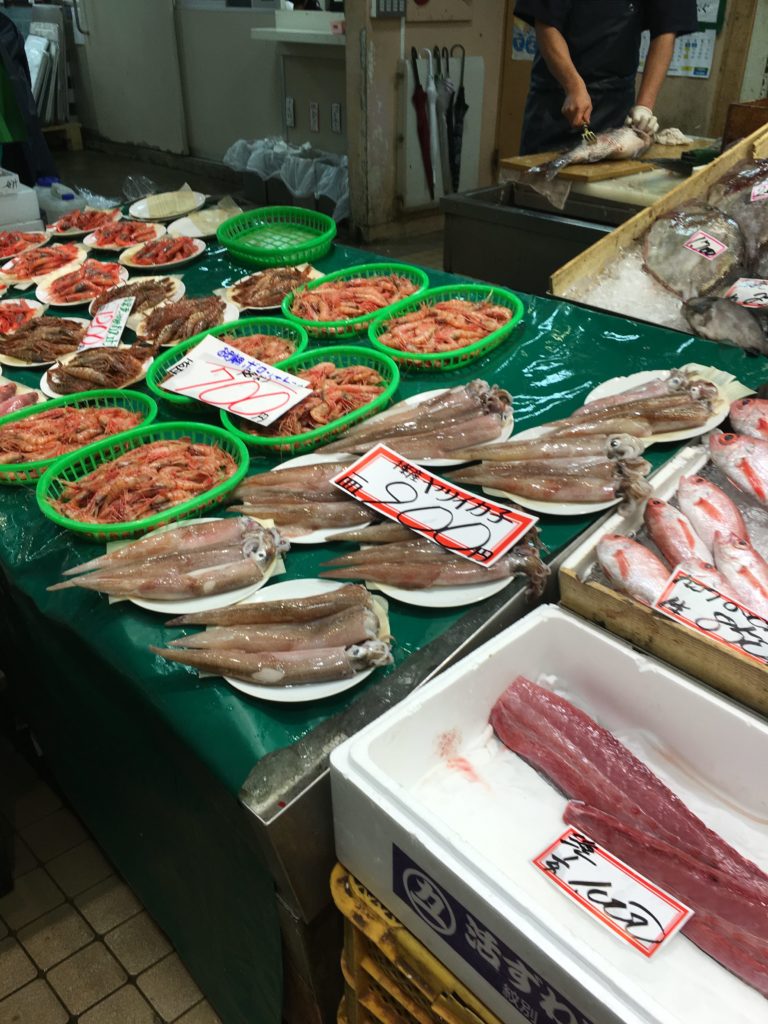 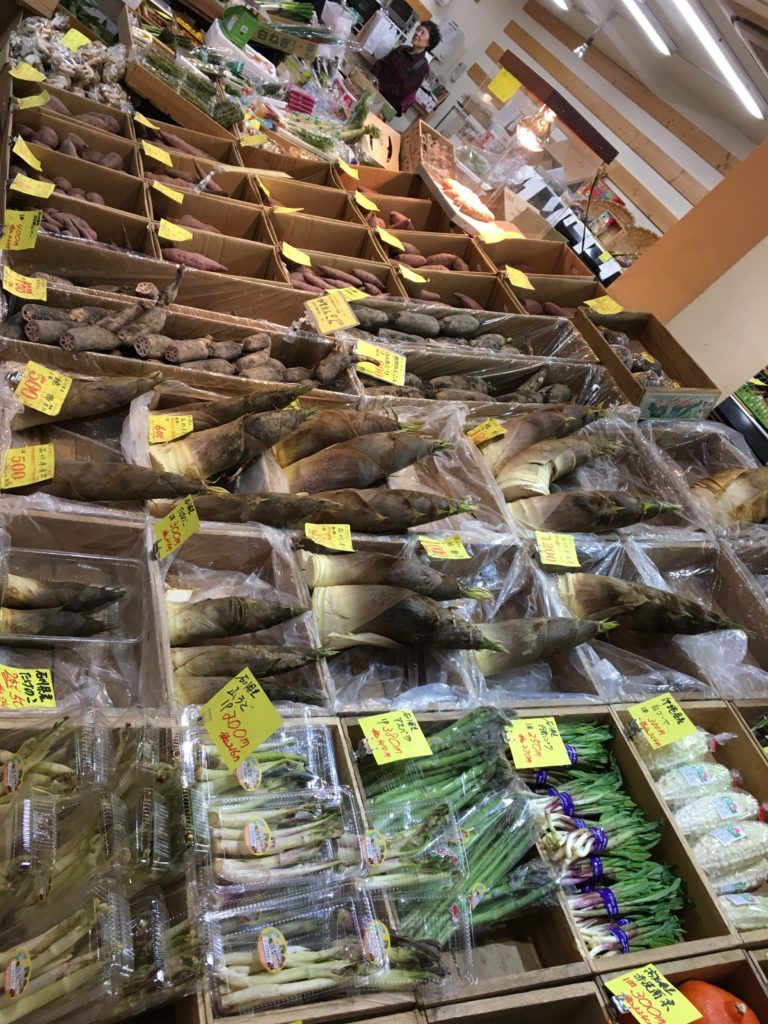 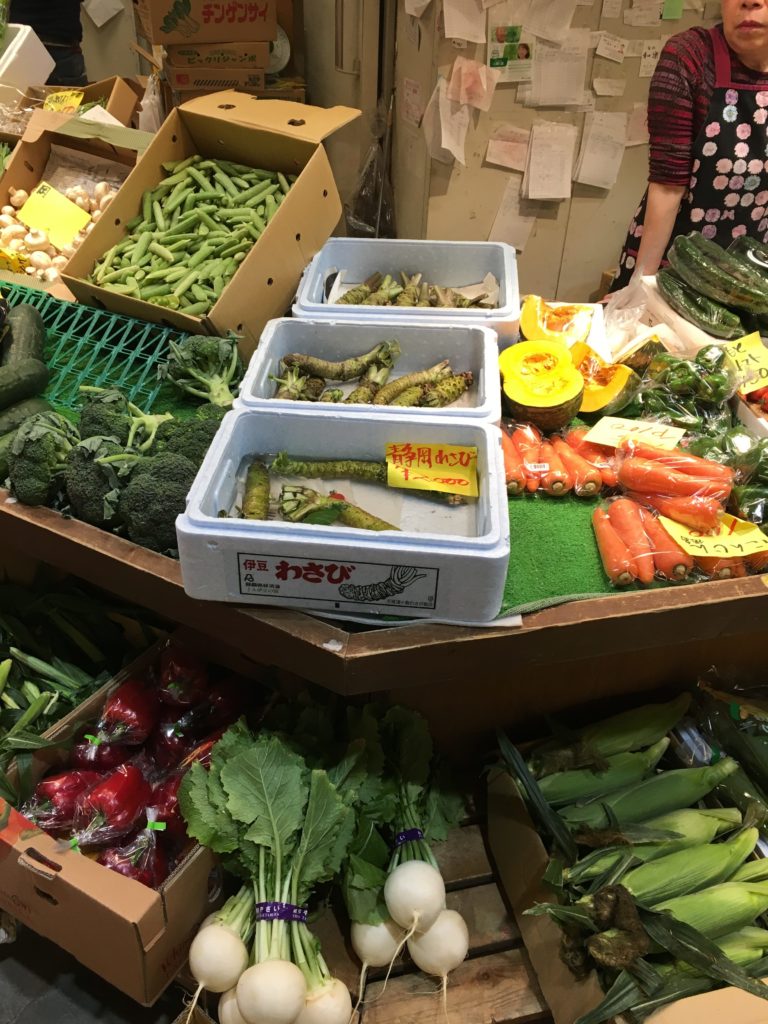 Inside the market you can eat things like oiysters, shrimps and sea urchin directly at the food stands, or you can have sushi in one of the restaurants. As almost always in Japan, you need to stand in like to wait for these restaurants, and sometimes the queue is long (below is people sitting and waiting to get inside a sushi restaurant).. 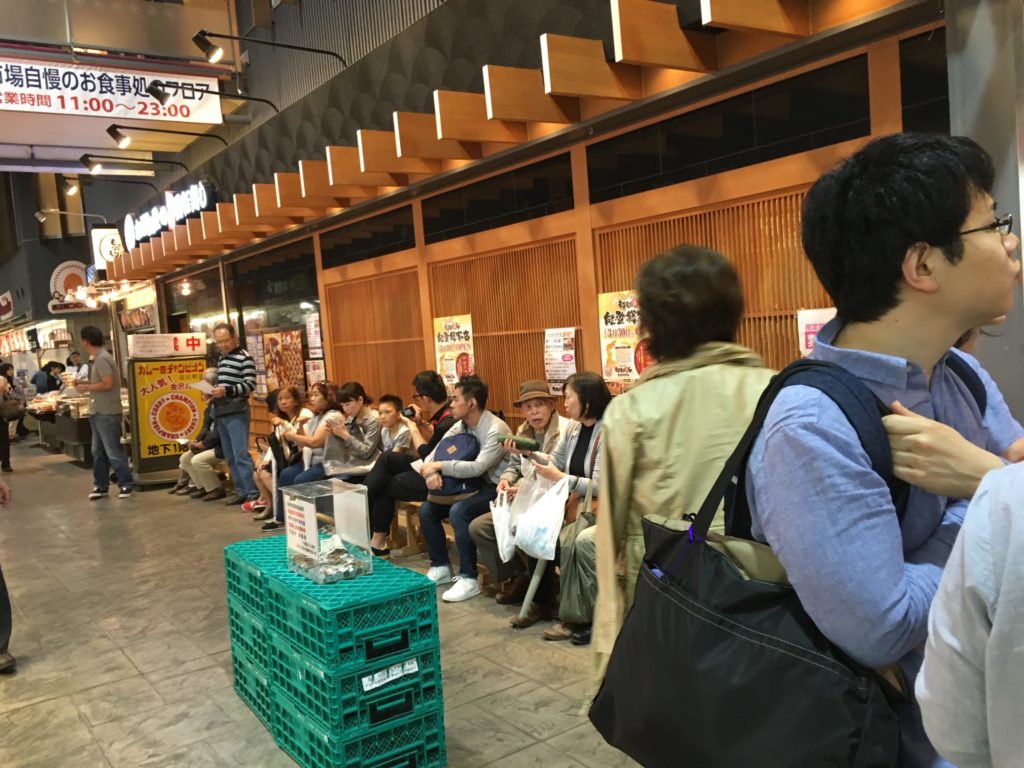 .. but the place we went to had a waiting time of 20 minutes, so that was not too bad. And the sushi was really good. 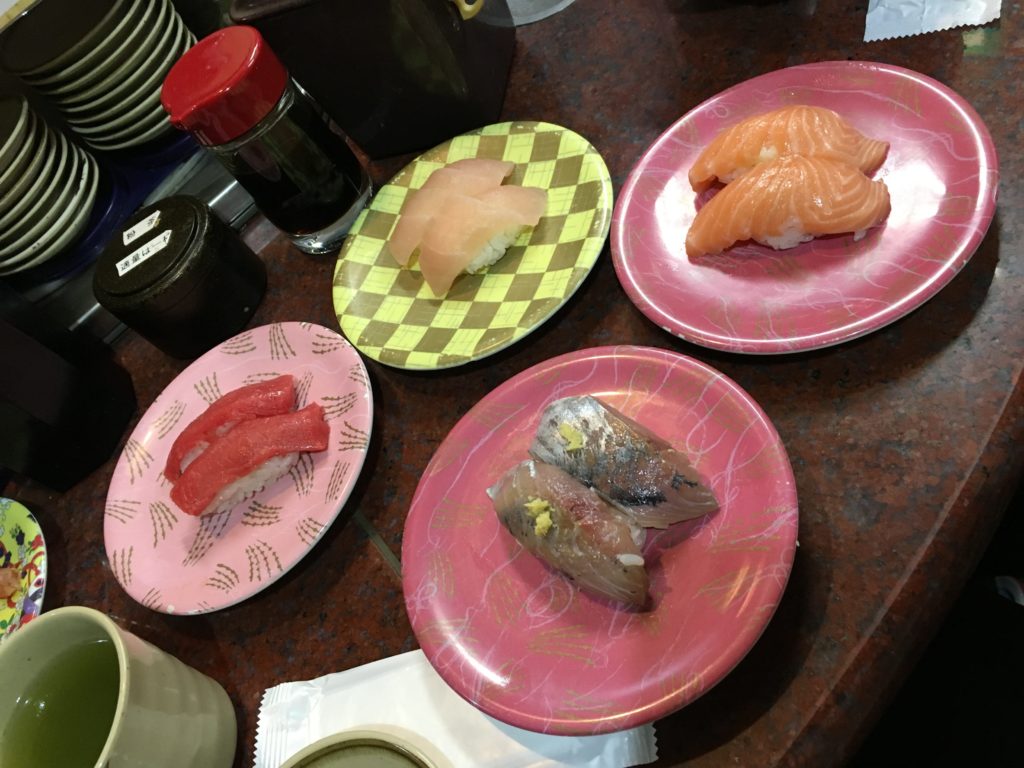 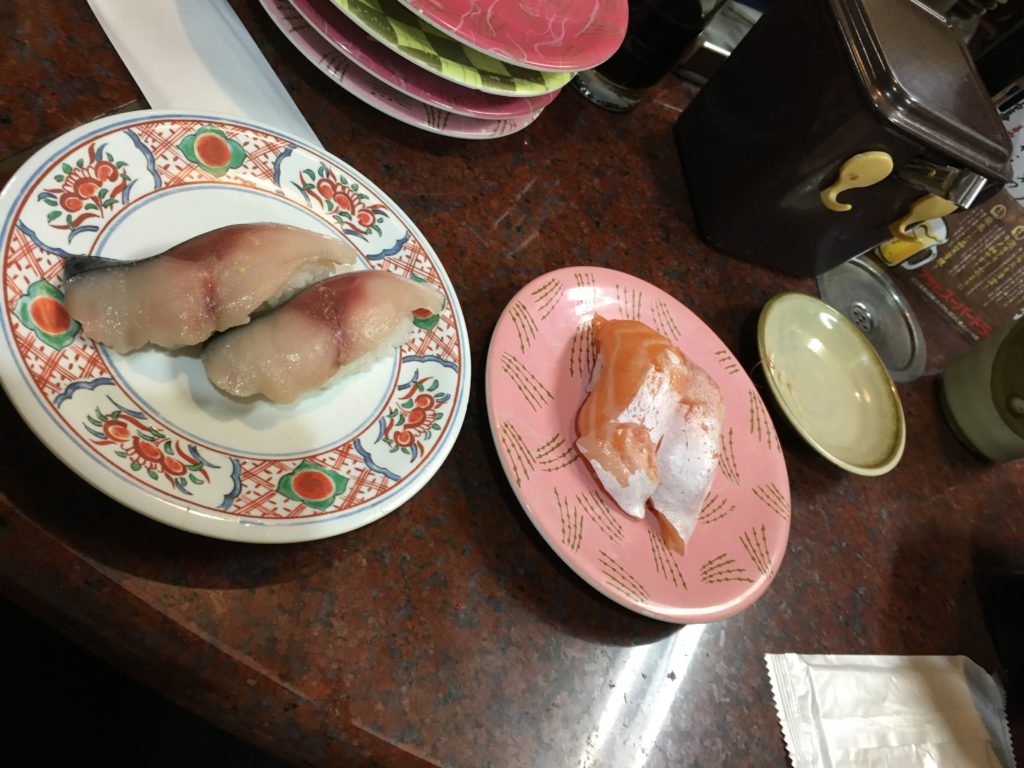 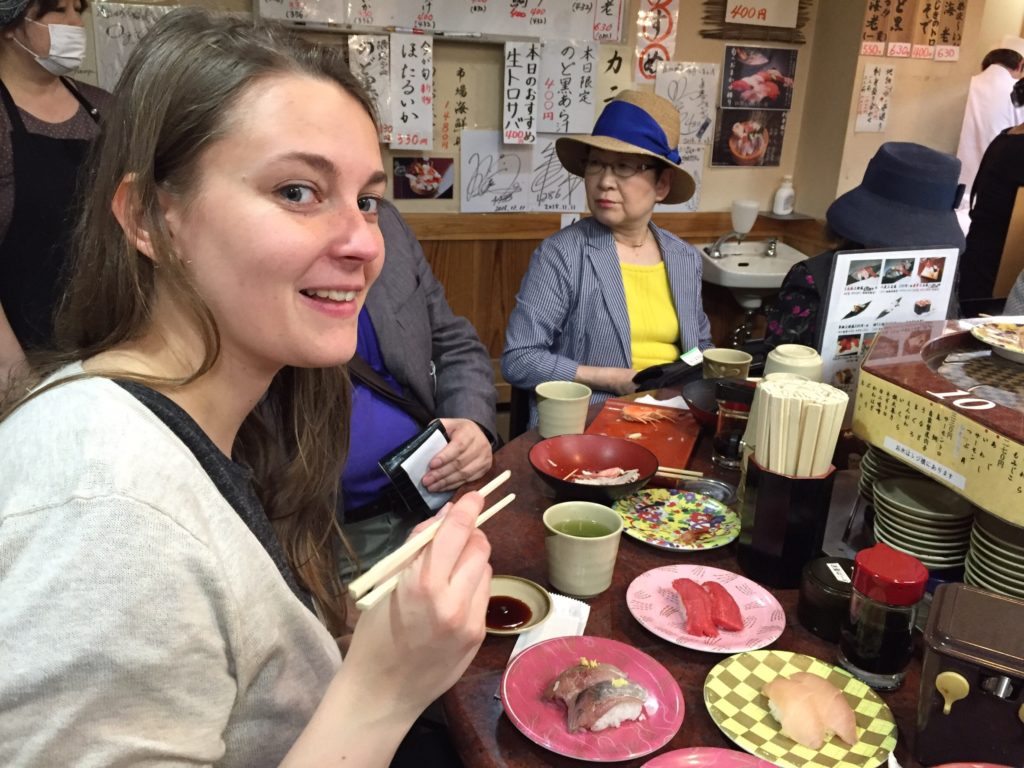 Second stop was an art museum which was… very special I’d say. Most of the art in there was a bit creepy I think. But there was a pool with a room underneath where you could go and take some interesting pictures from the top.. 😛 Art has many forms… 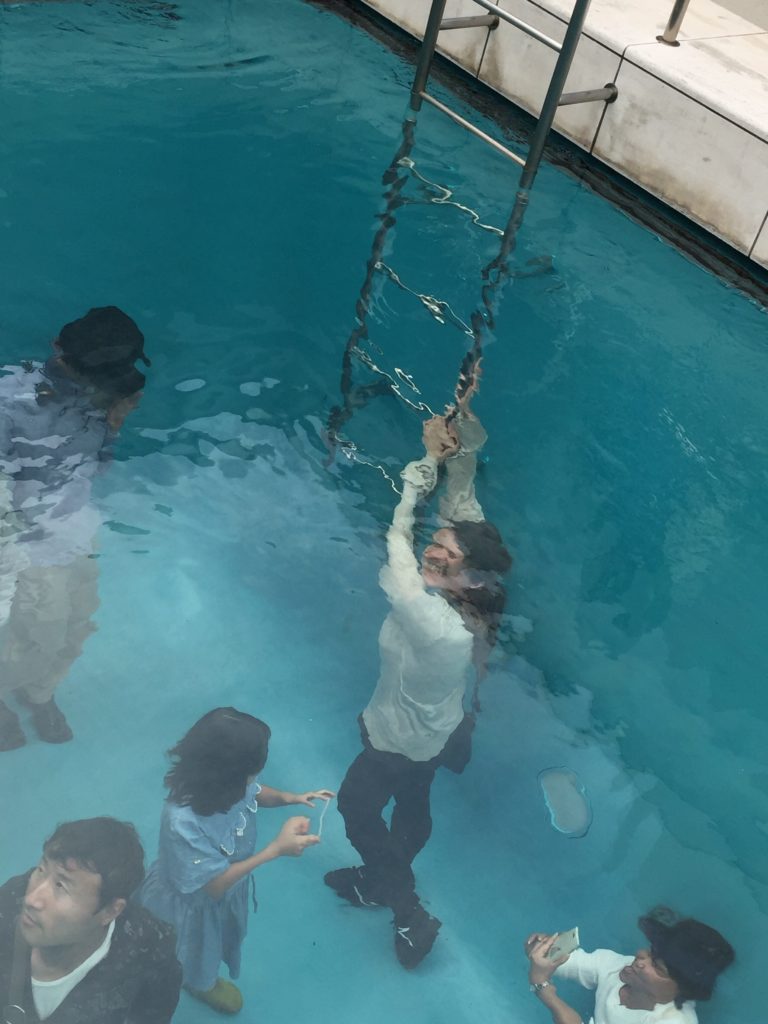 Also outside of the art museum there were some slightly weird pieces of art, and particularly some “leg statue” was weird. 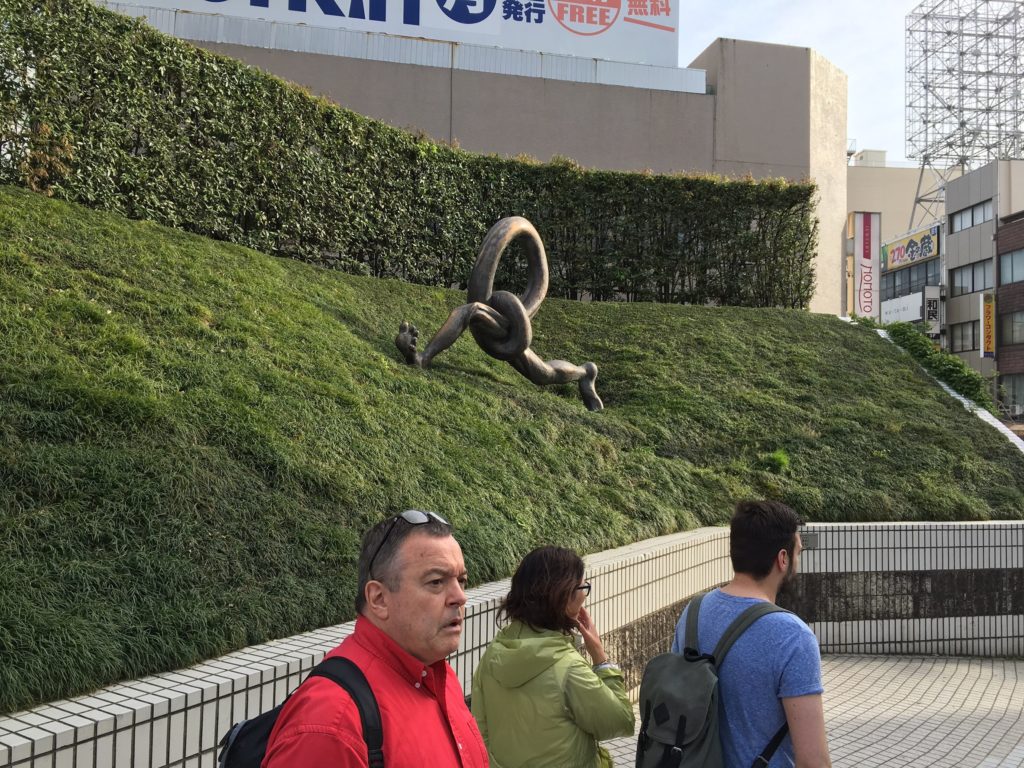 After a short break in a café we moved on to taking a walk in a part of the city with old fasioned “samurai style” buildings. 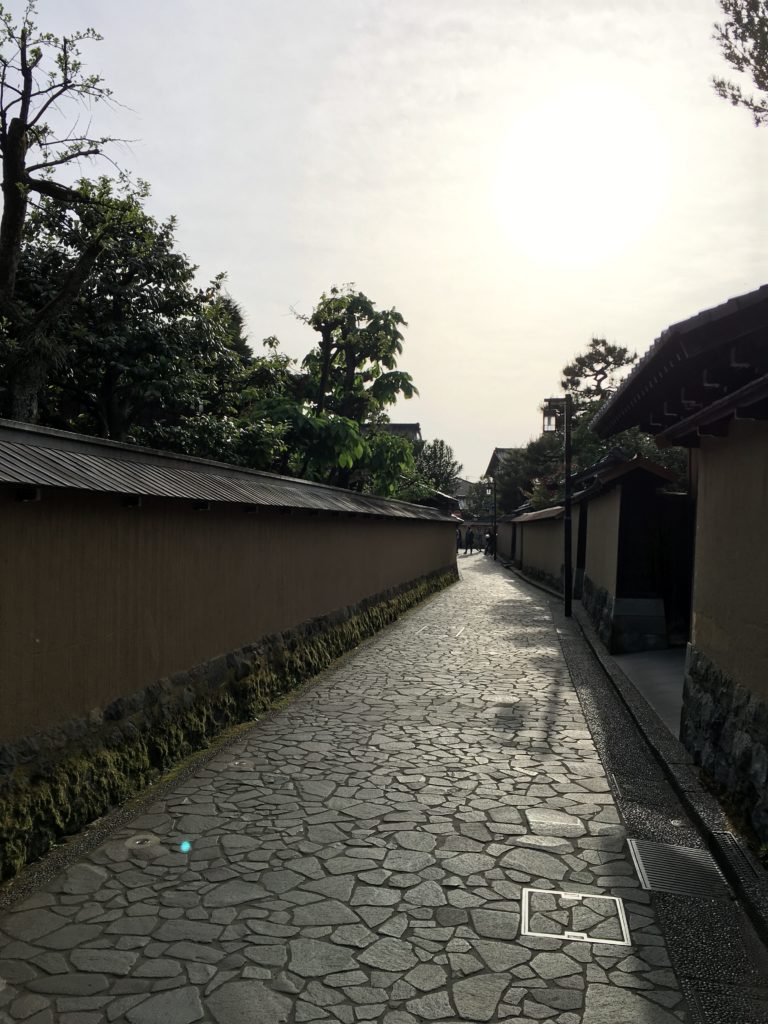 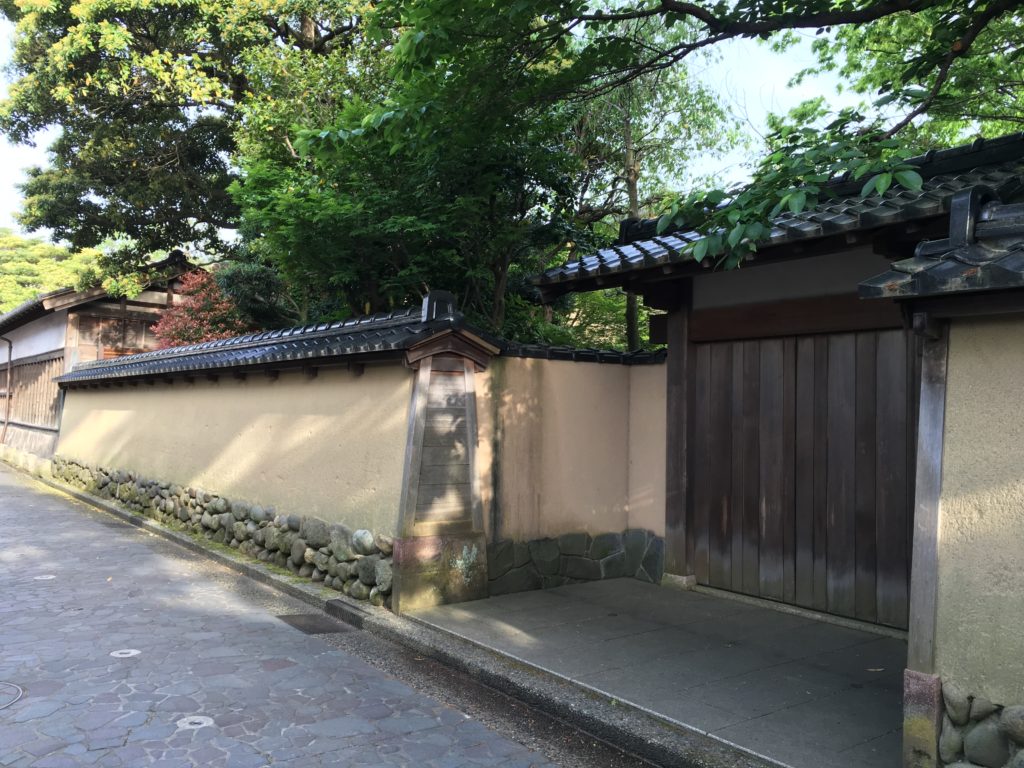 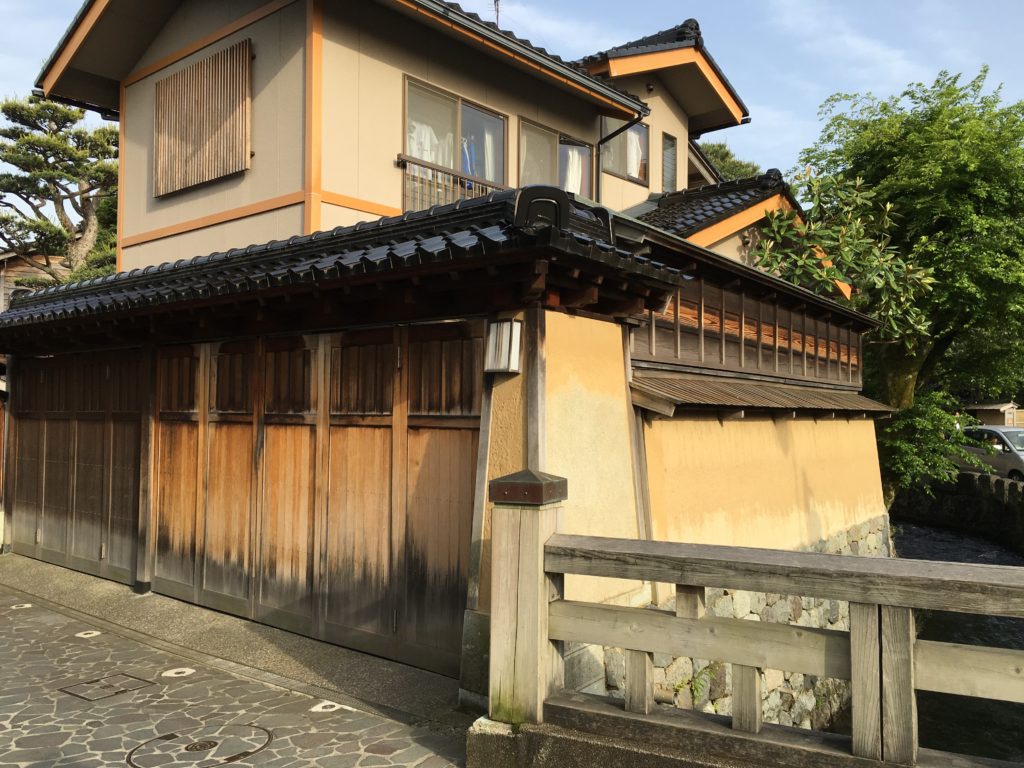 Having walked and biked quite a lot around we went to the ryokan/guest house and it was really nice and cosy place despite being cheap. 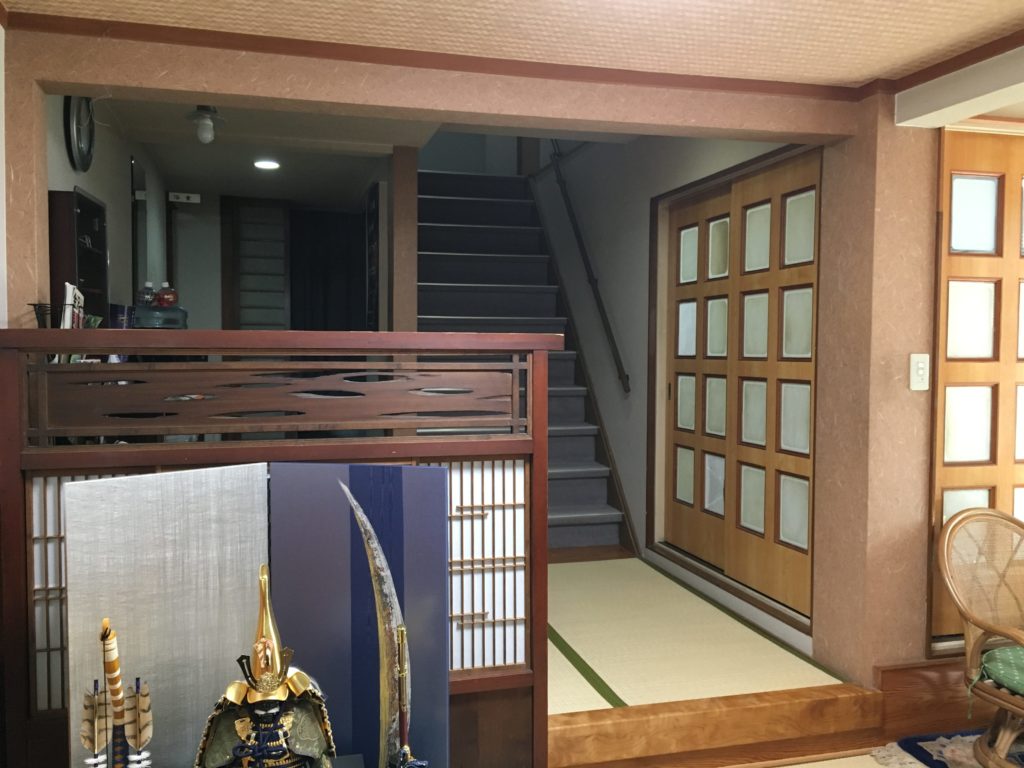 One reason for it being cheap was probably that there was only one toilet to around 5-6 rooms, but it didn’t give any problems. After having a bath we went to look for somewhere to eat dinner, and ended up in a Yakitori restaurant which was nice and cheap. 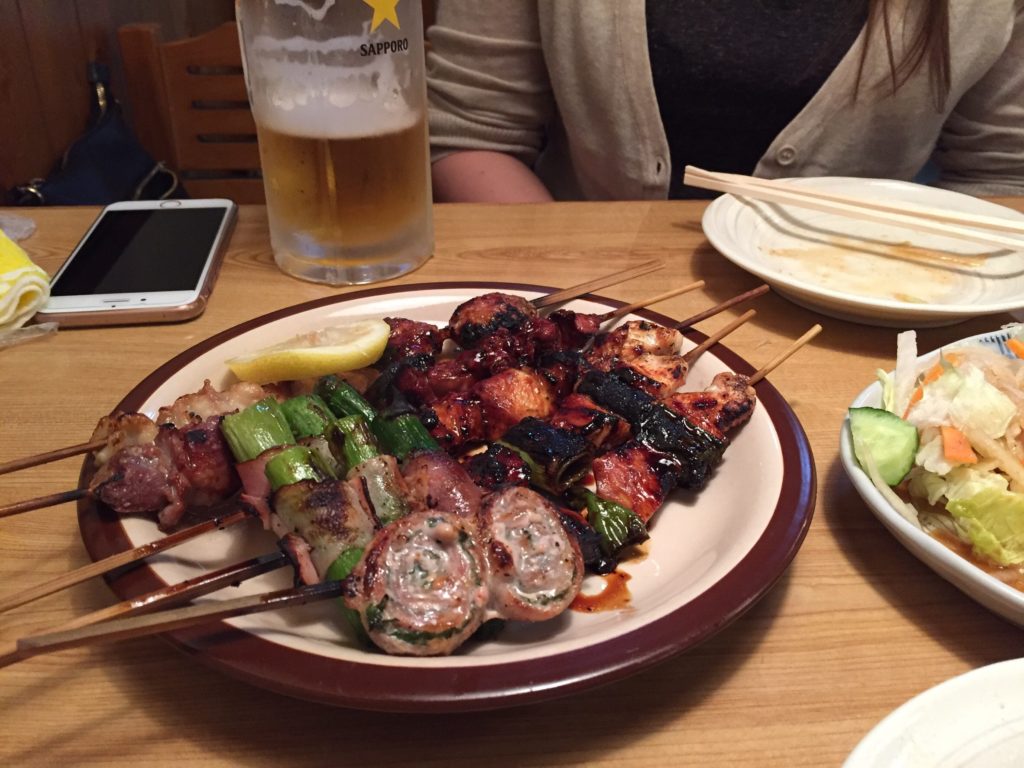 Just before leaving the restaurant we fell into talk with the owner and some of the other costumers (in Japanese), and it is always interesting when these kind of things happens.
That was the end of the first day in Kanazawa, and the next day also included a lot of interesting sightseeing before going back to Tokyo. But since this post already got quite long, that will be up next.