The next day in Kanazawa started out by checking out from the ryokan around 10 AM and the weather was awesome! Using the cheap rental bike system again, we went to have breakfast somewhere that had gotten good reviews and had what was called a “Benedict”, I think. 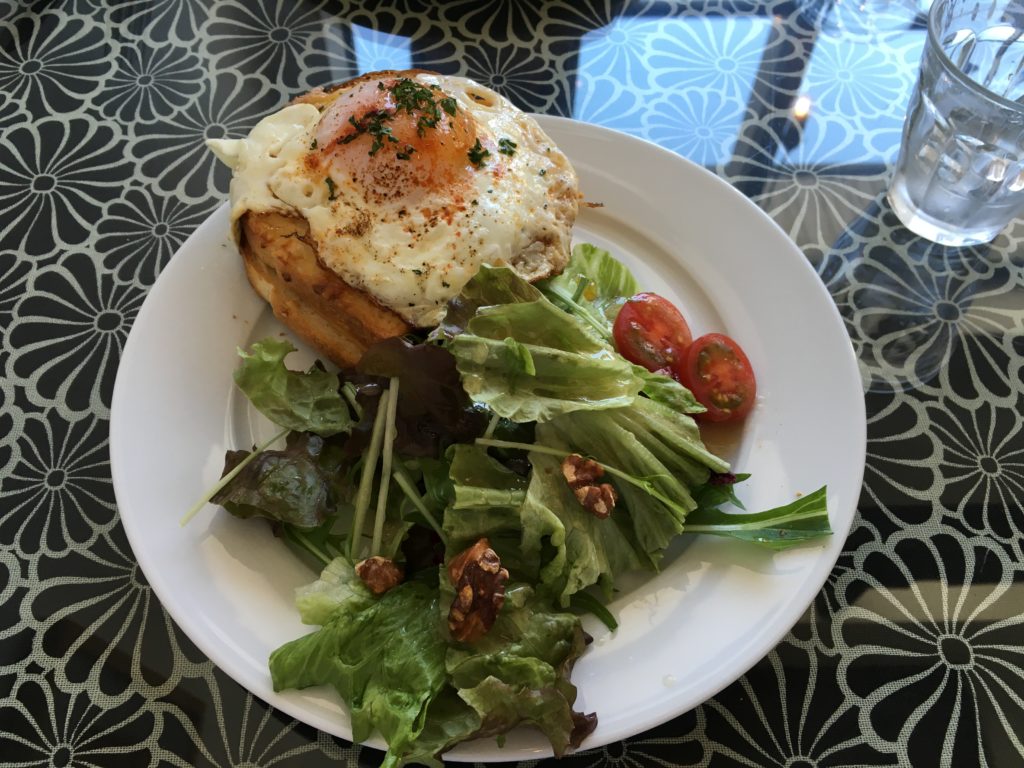 After that we went to see the castle which had been newly renovated and it was showing off it’s white color. 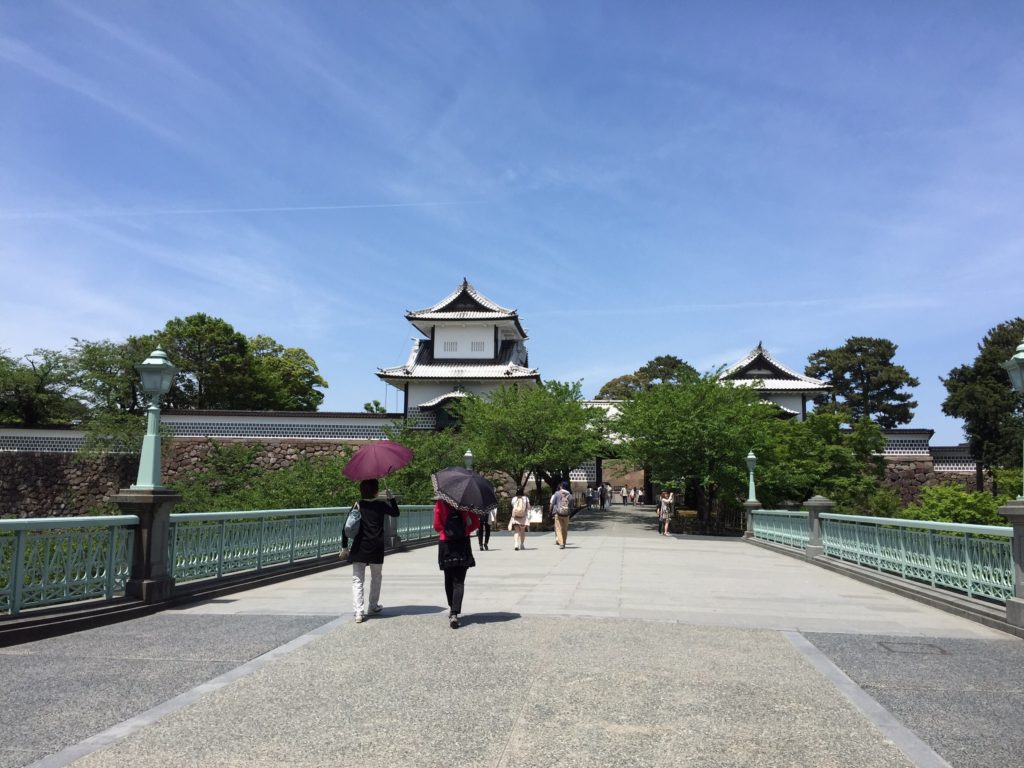 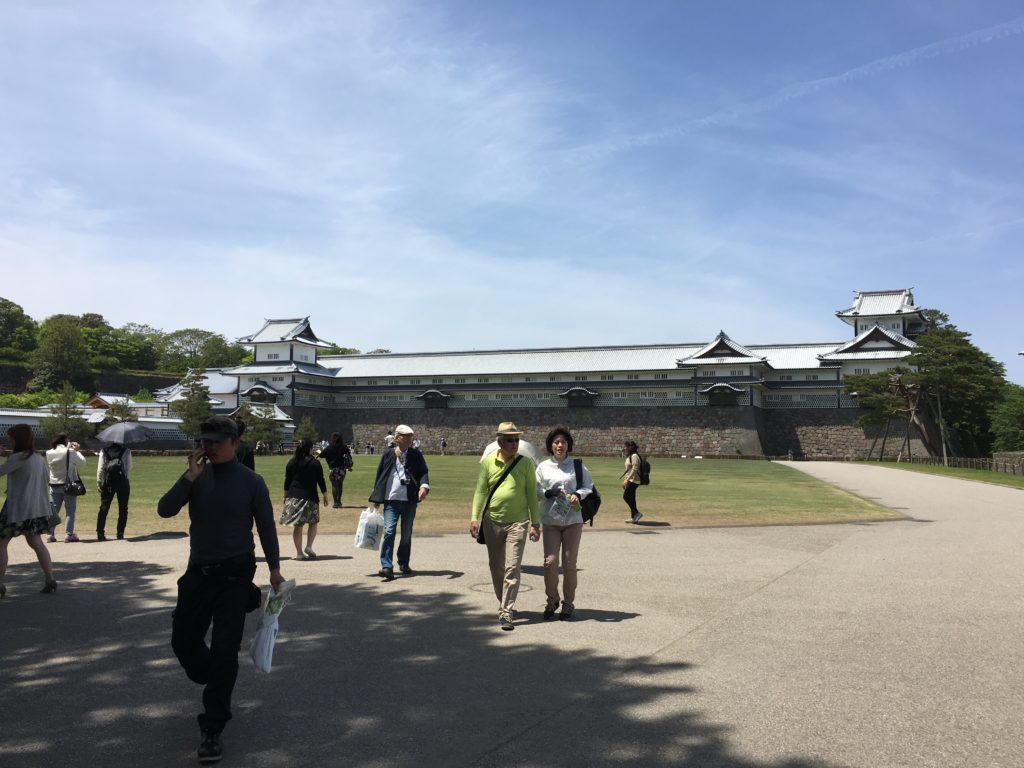 And there was a gate with an interesting design. 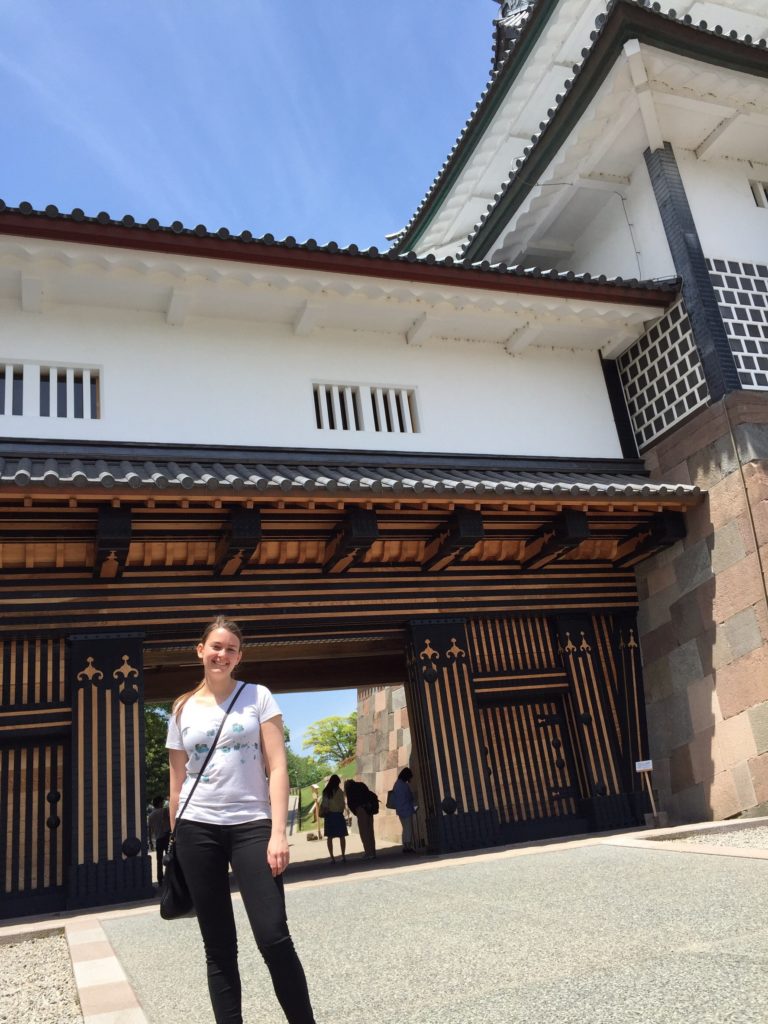 The inside of the castle was completely renovated, but it was possible with some imagination to imagine how it was used many many years ago. I didn’t know that they had electic outlets in the walls, internet routers and flat screen TVs back then, though. (hehe) ^^
After looking at the castle and small park around it, we went to see the famous Kenrokuen Garden, which was an extremely beautiful place. I think this place will be pretty in different ways at all times of the year. 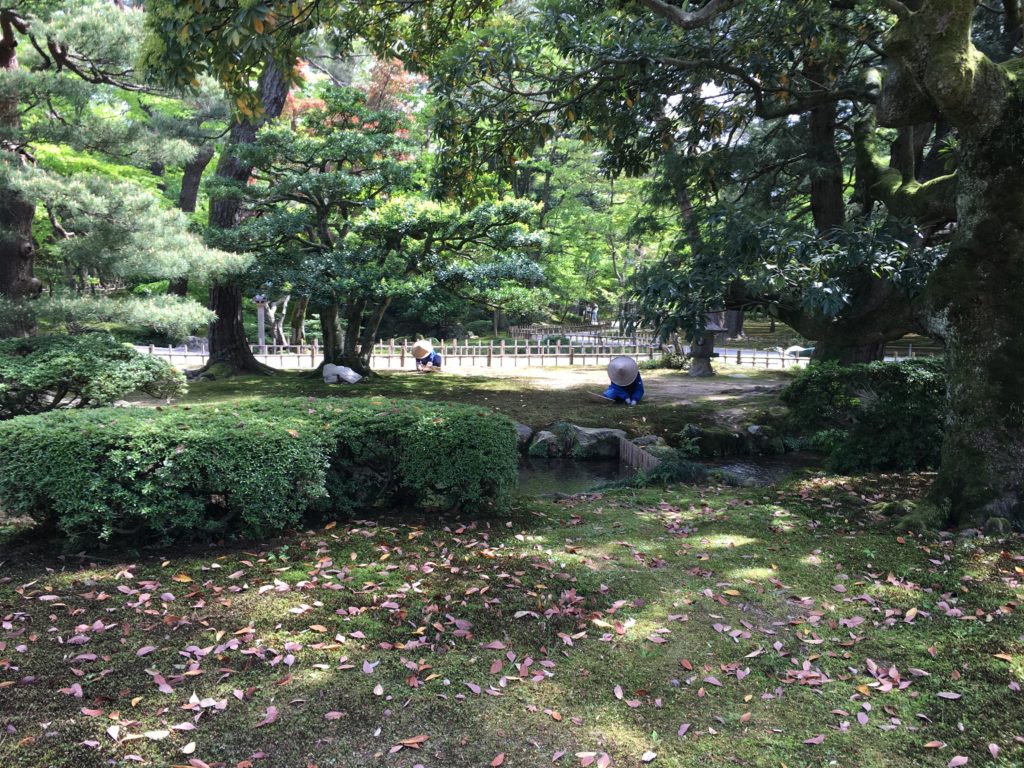 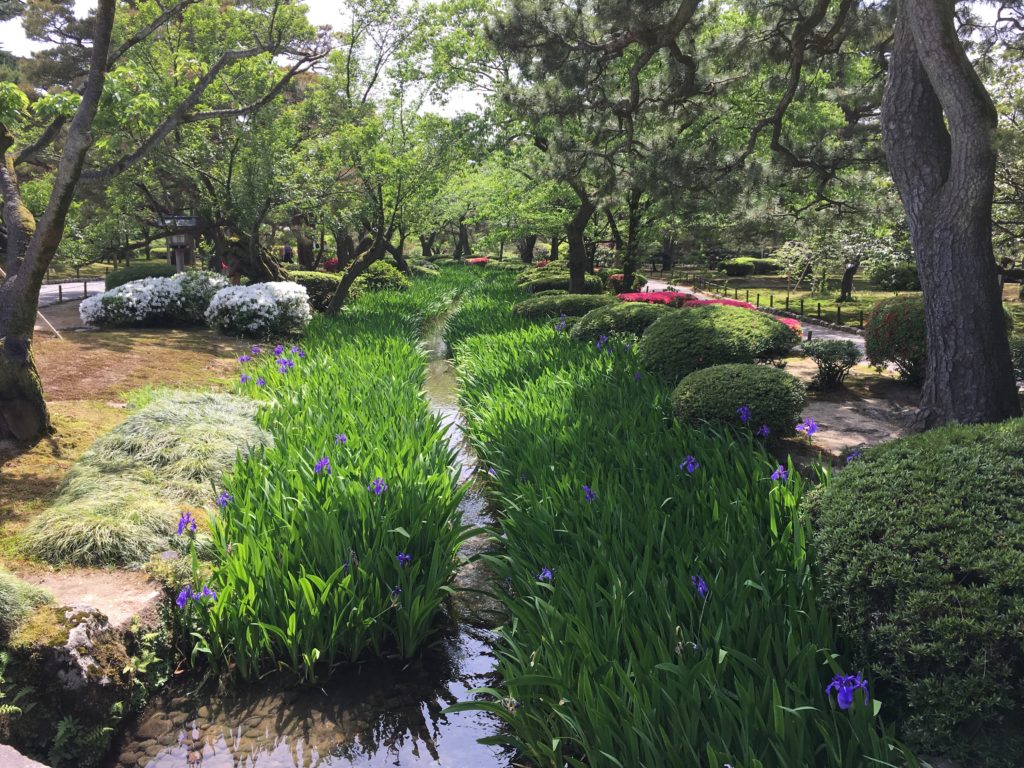 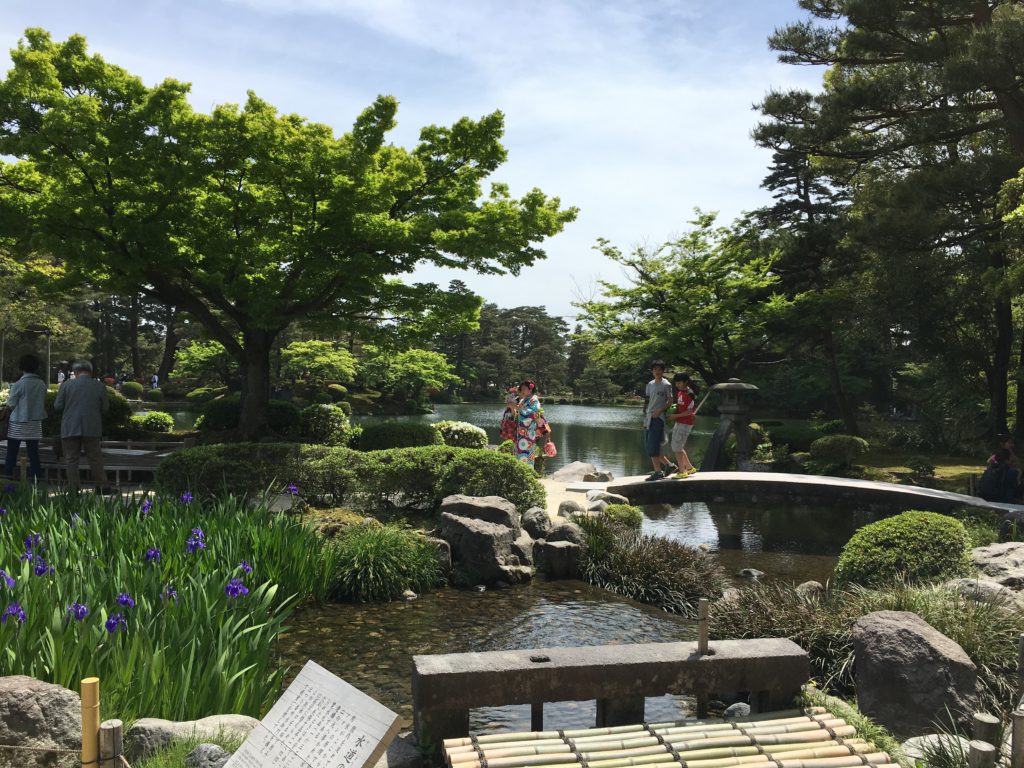 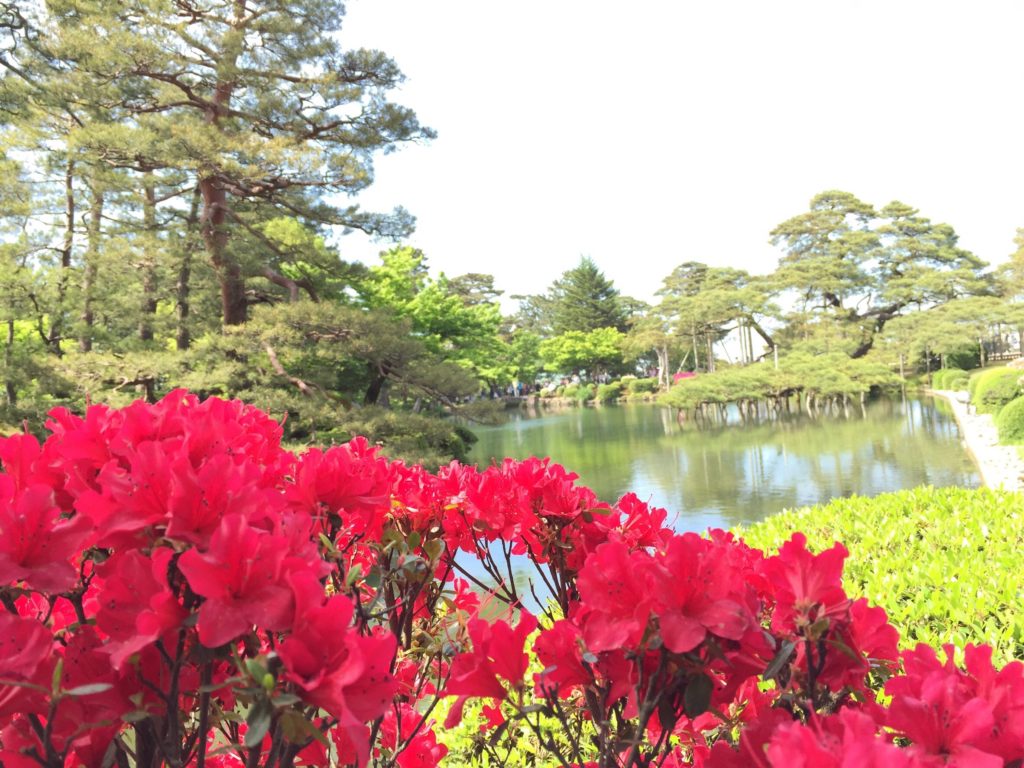 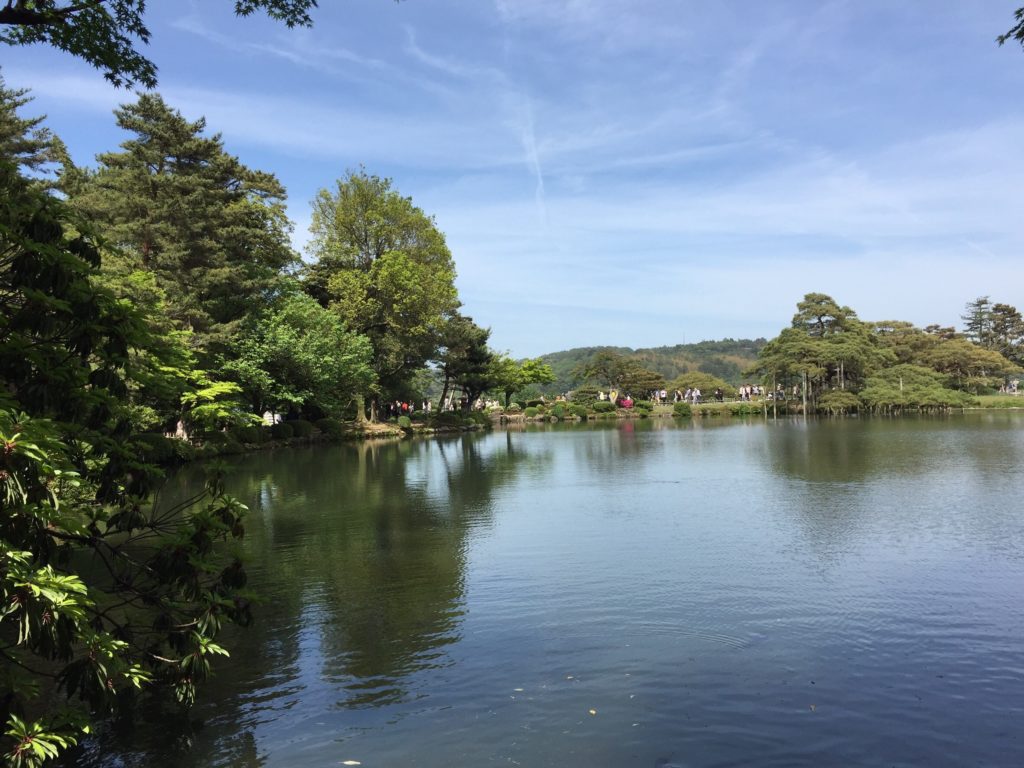 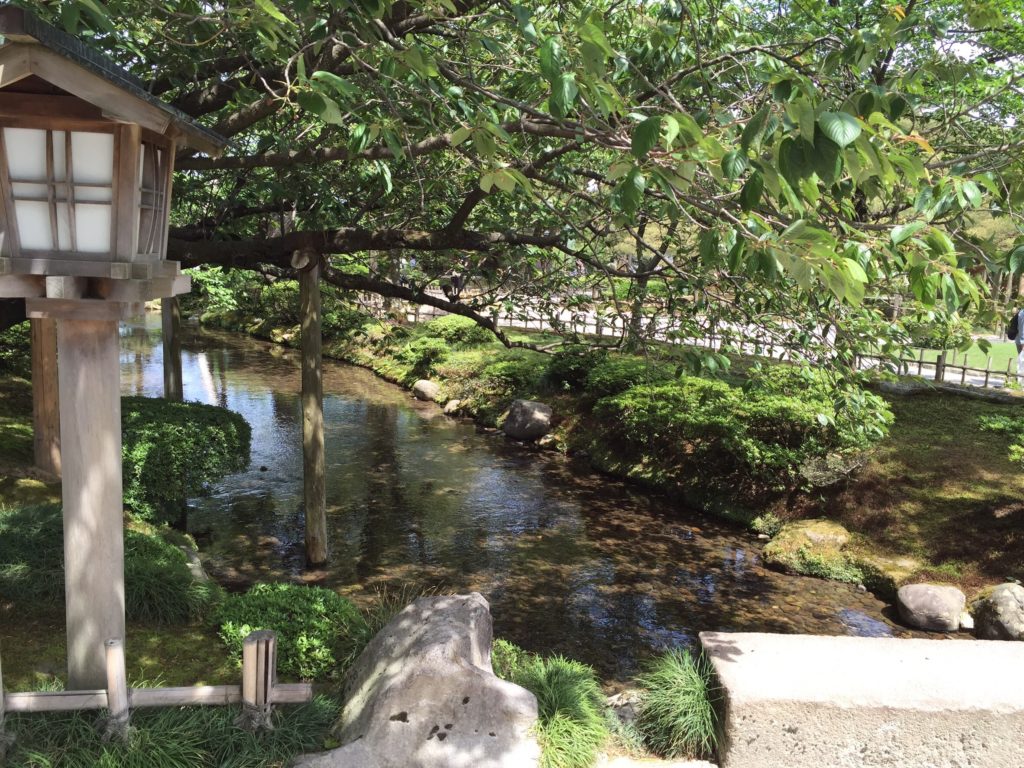 There was also the first fountain in Japan from 1861 working on natural pressure by difference in the water level. 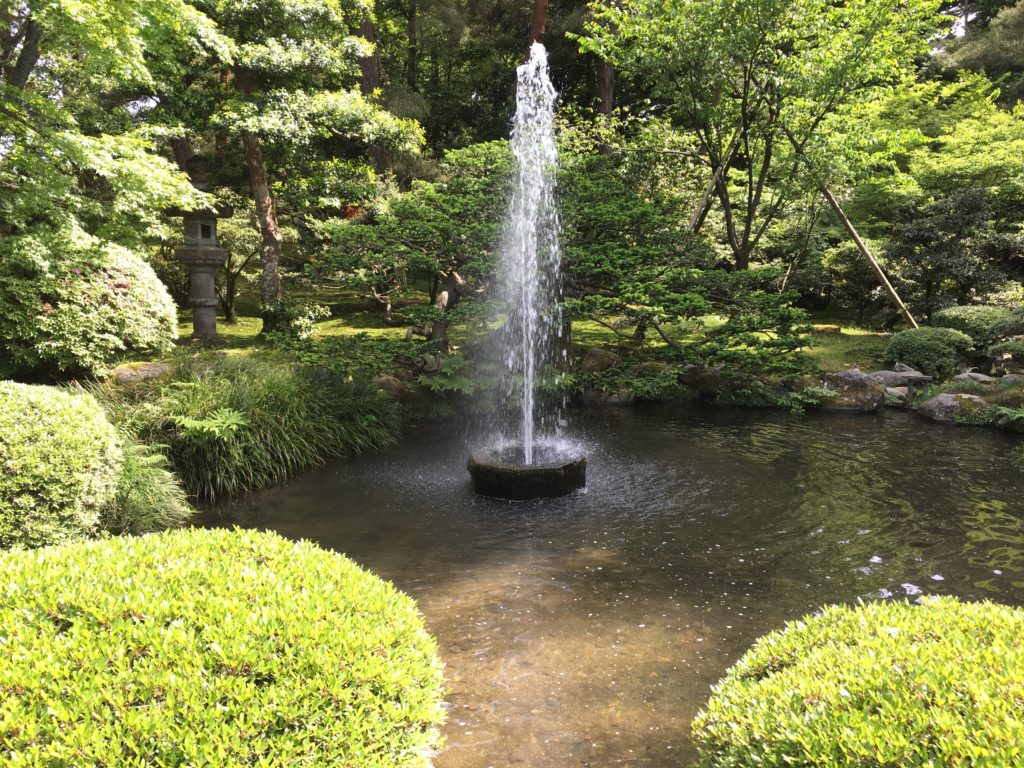 and a small sunbathing lizzard!! ^^ 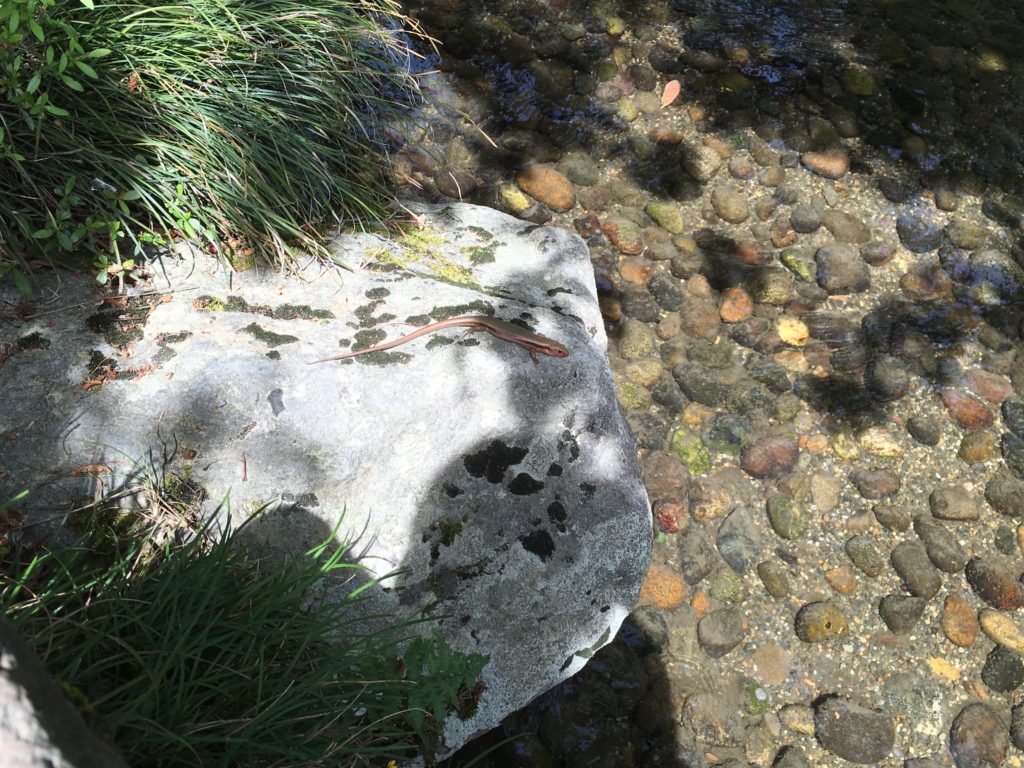 After walking for quite some time in this park (I highly recommend this place), we went to the Higashi Chaya District. 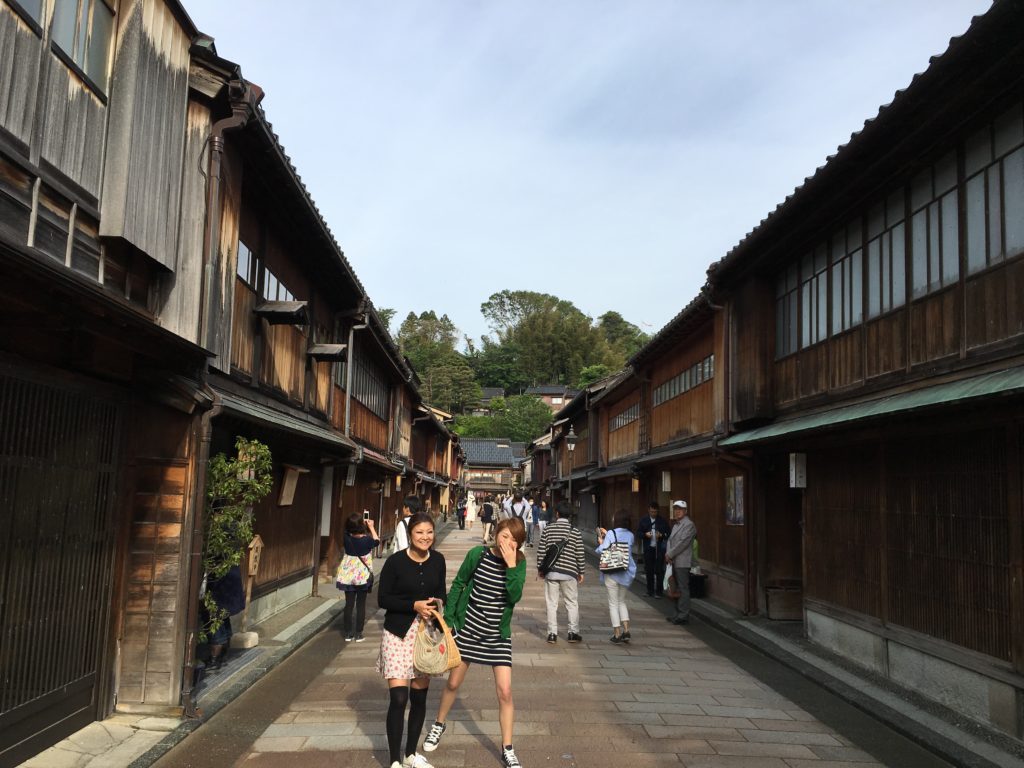 Since we walked a lot and had skipped lunch due to the late breakfast, the first stop was a café. Most cafés in this district sell Japanese sweets/cakes, and they can be a bit special to foreigners (including me). It usually looks really good but foreigners usually get surprised about what it actually is when eating it. The below is vanilla and maccha icecream (maccha is like thick green tea), mochi (made by pounding boiled rice with a sort of a hammer into a substance a bit similar to chewing gum), and sweet soy beans. 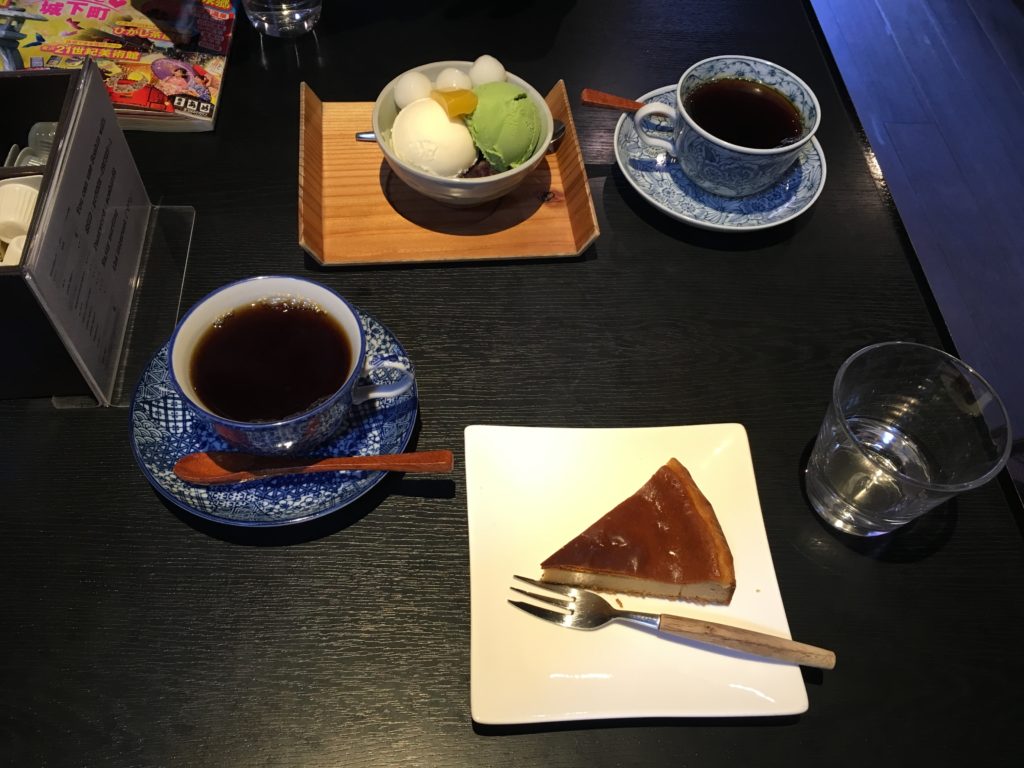 It was difficult for me to eat these things when I just came to Japan, but I don’t hate it now. However, this time I went with a cheese cake instead. ^^
There were many interesting stores selling souvenirs in this district. There were also many stores selling food or beauty products containing gold (gold is an industry in Kanazawa), which was interesting to see but I did not buy anything. One particularly interesting thing was that it was possible to enter a “Chaya” which, despite it’s name that means something like “tea house”, was a place where Geisha entertained the guests e.g. with song and dance. 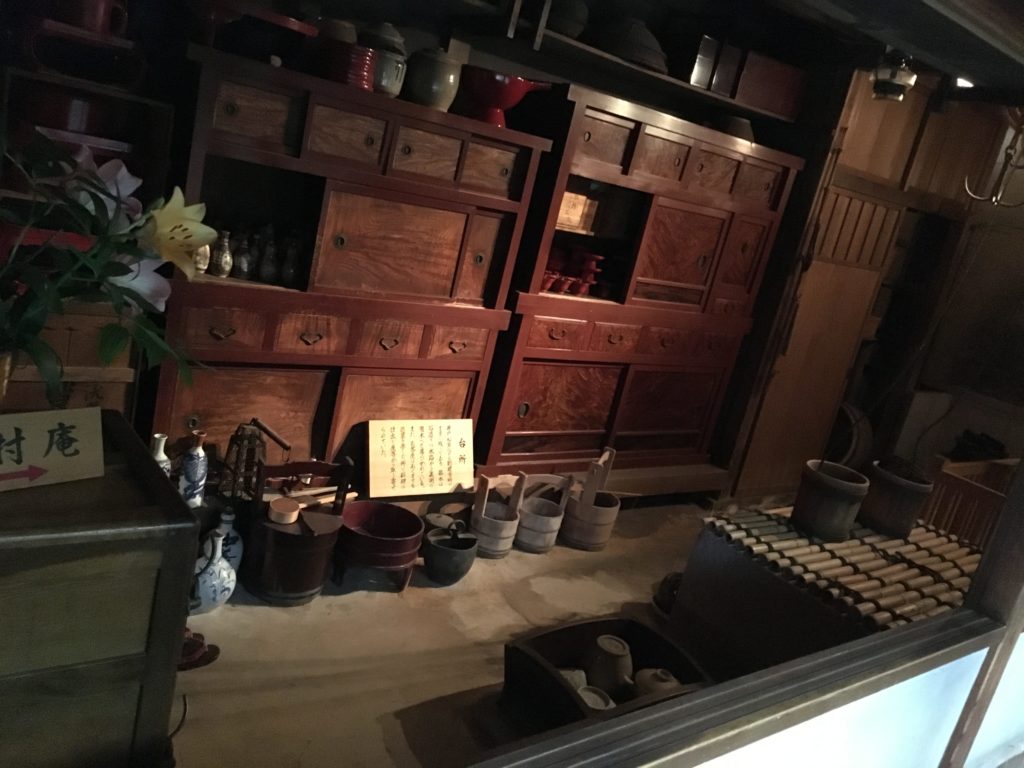 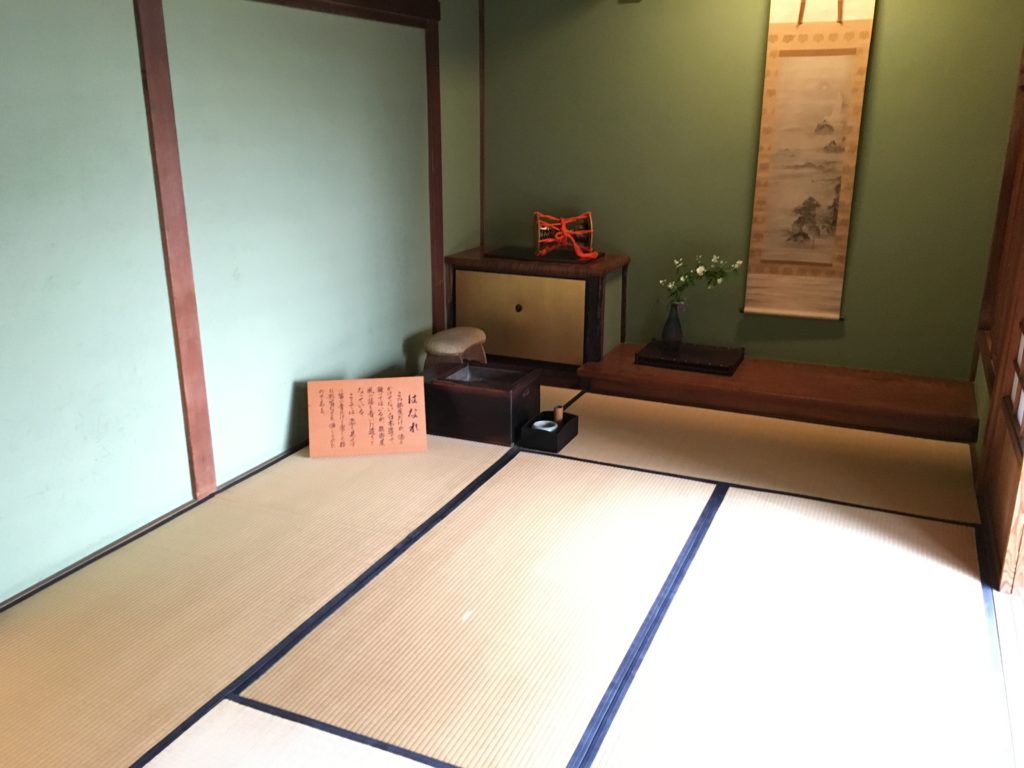 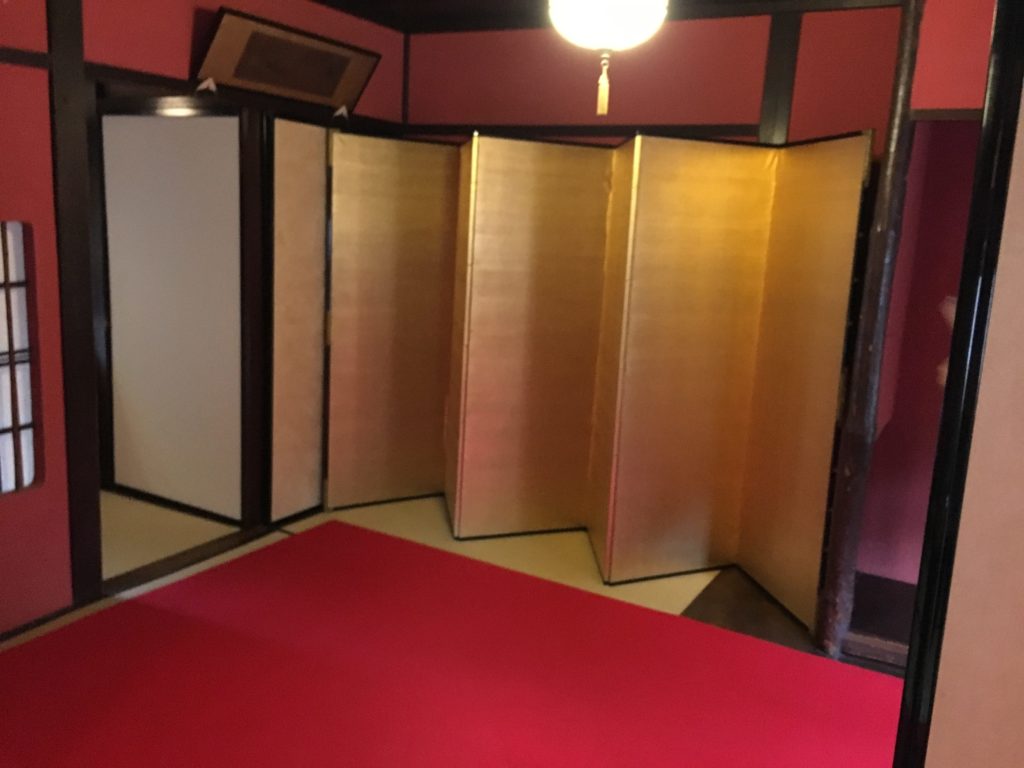 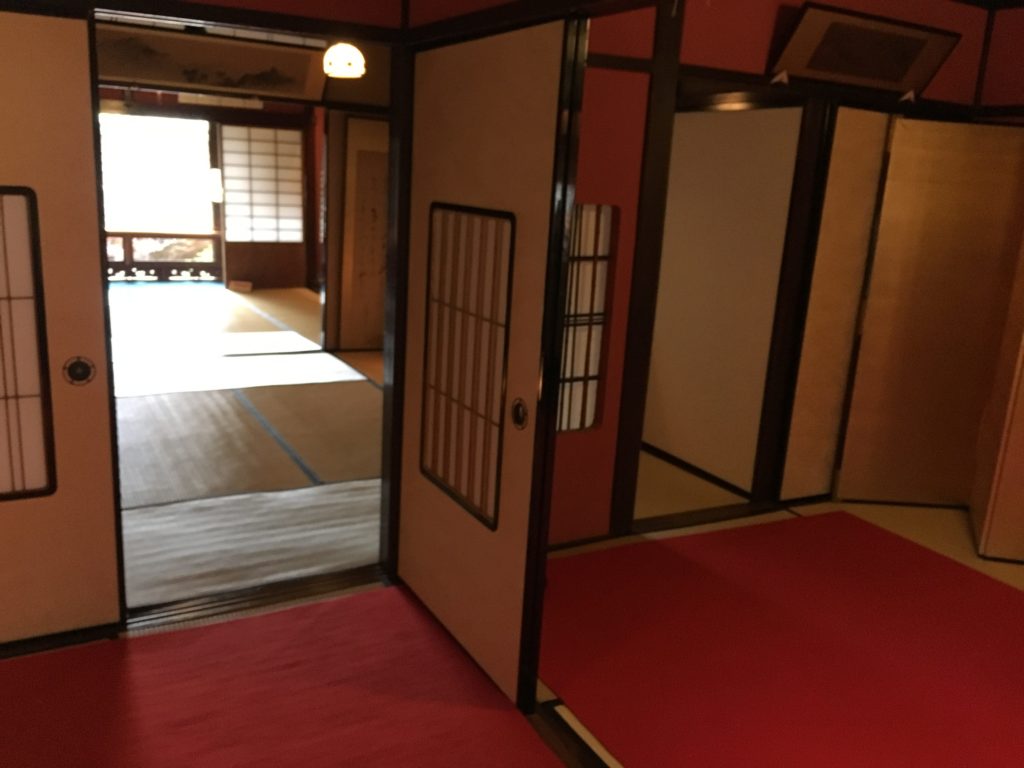 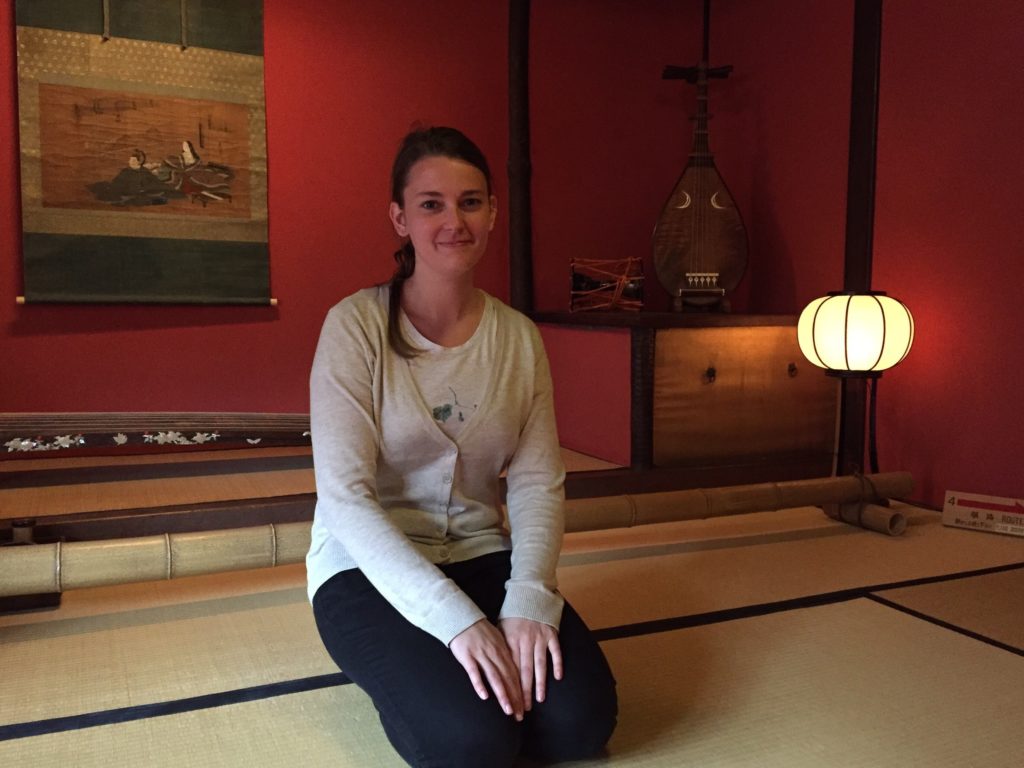 After browsing several stores in this district we still had a little bit of time until the departure time of the train back to Tokyo, so we thought it was a great idea to buy beers and some snacks in a convenience store and drink it by the river. 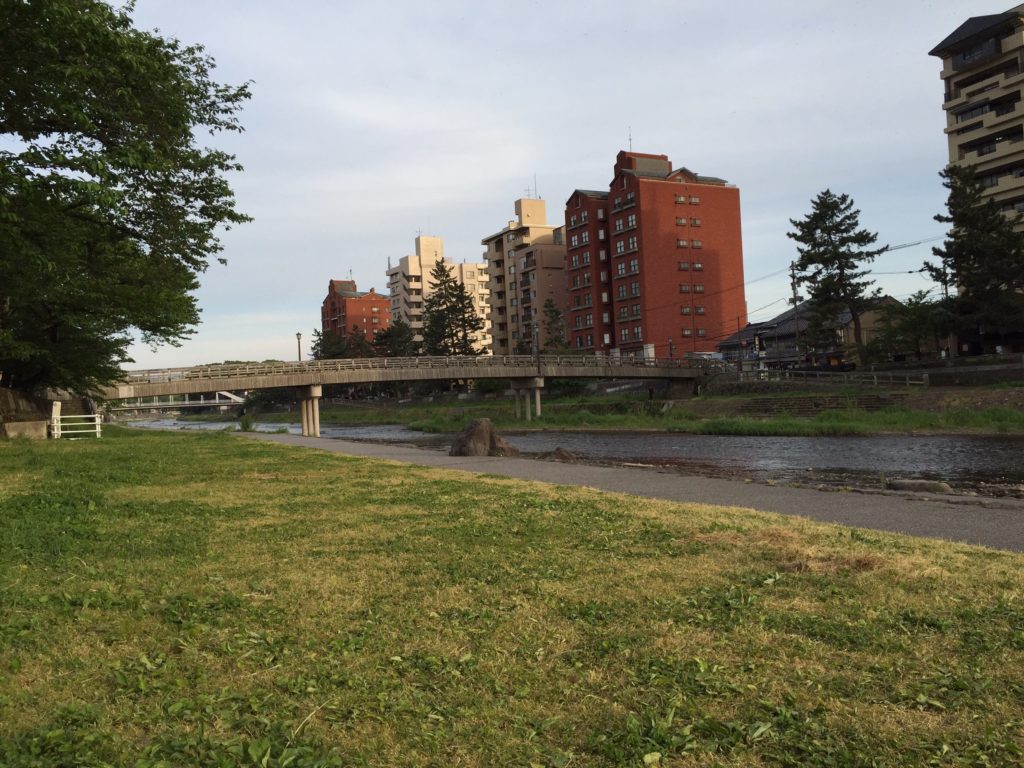 We found out that the idea sounded better than it was since it was a bit smelly close to the river, and there were quite a lot of bugs. ^^ But you only noticed the smell in the beginning and it was actually okay despite the bugs. After that we returned to the station where we had a bit time to browse the souvenir shops and then we headed back to Tokyo!
Phew, that was a lot of writing and I still need to write about my trip last weekend! But that will have to wait a little bit. See you!!