It’s been quite some time since I last posted on my blog, and this has mainly been because I was a tad bit busy. I took the Japanese language proficiency test at the N3 level on the 4th of December, so I spent most of my spare time before that preparing for the test. However, now that I have a bit of time again I thought I should take the time to write a post on my blog. 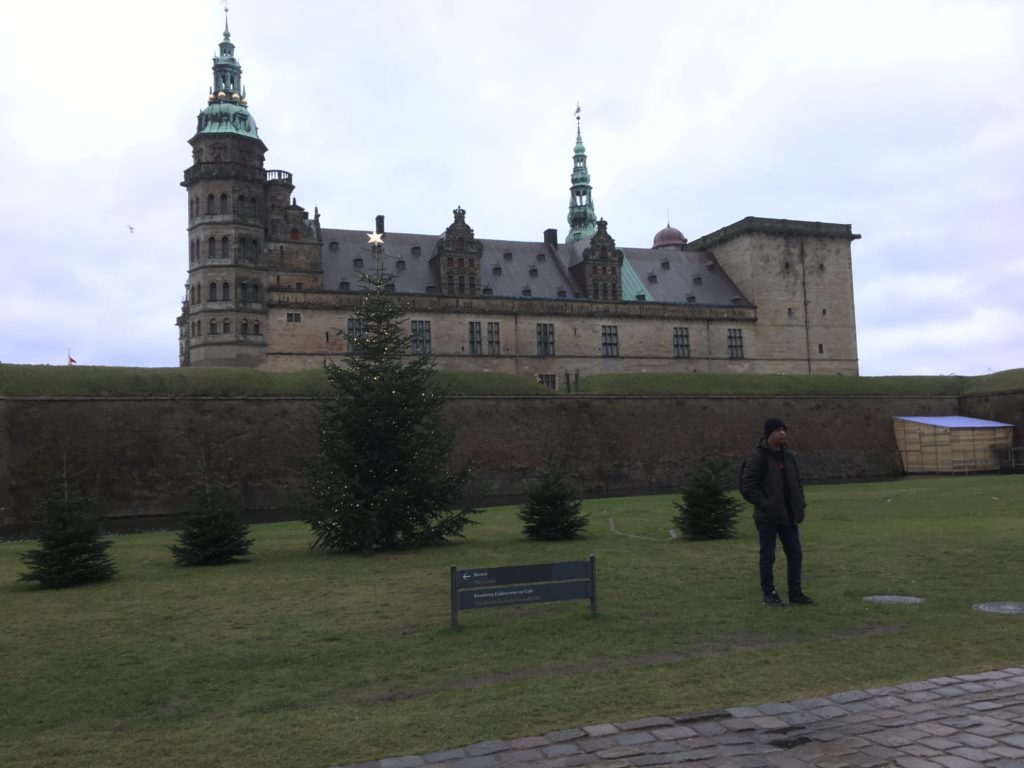 Kronborg castle is located in Helsingør north of Copenhagen – a nice and cosy city. From the castle, you can look across the sea and see Sweden surprisingly close by. Today, however, the weather wasn’t fantastic so I didn’t take a photo. To enter the Christmas market in the castle, we had to stand in line to buy an entrance ticket, but since we arrived a bit before 11AM we didn’t have to wait in line for long to enter.

Near the entrance there was a few stalls selling different things and a woman with an amazing voice singing some traditional Christmas songs like those you sing in the Church. 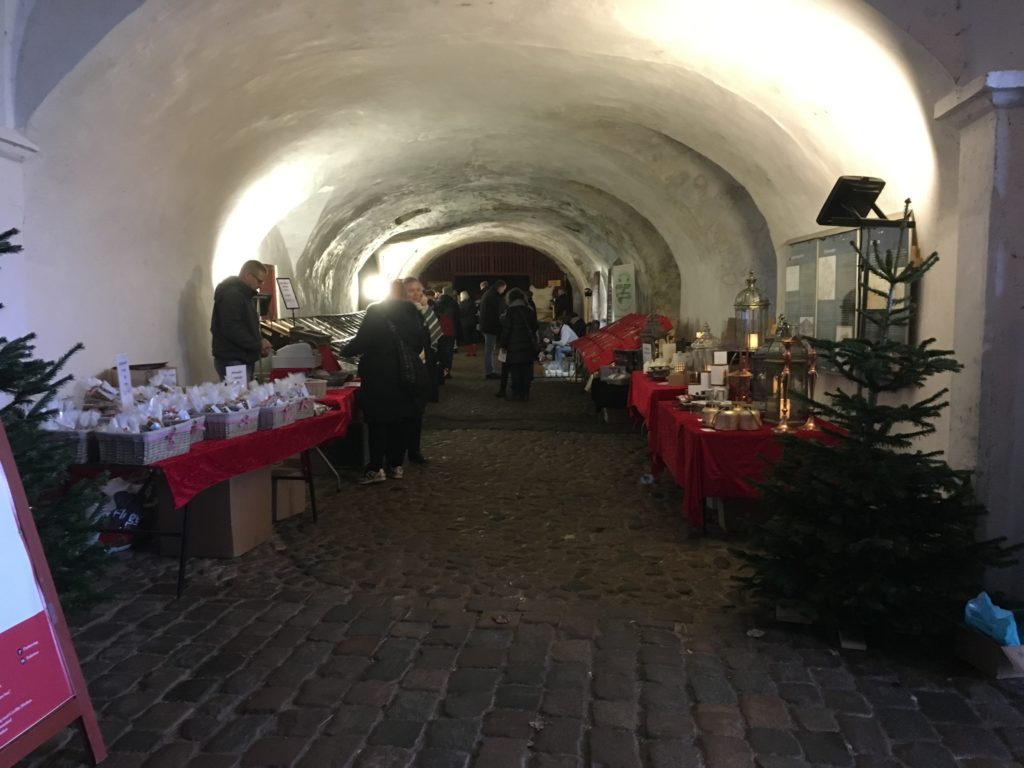 From the entrance part, you enter the central courtyard of the castle around which the castle building forms a square. 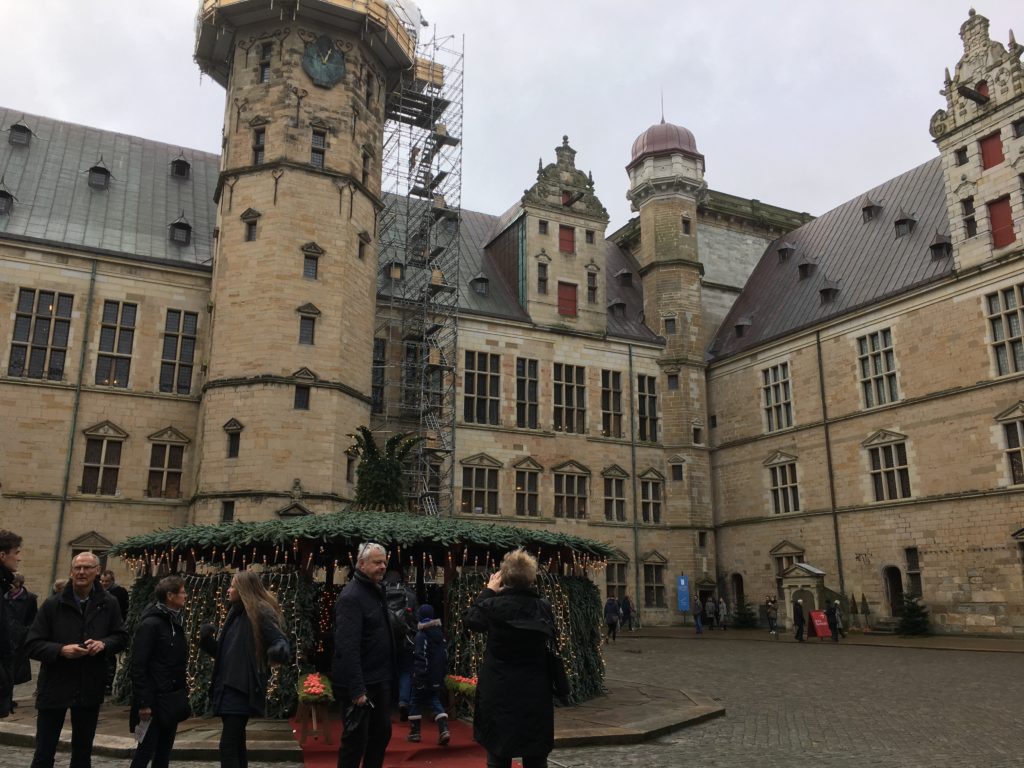 From the courtyard, you could enter the castle building in several places, and most of the castle was filled up with stalls mainly selling things related to Christmas, but some were also selling other things like clothes and jewellery. Since I celebrated Christmas in Japan last year, I noticed that one big difference between the Christmas markets I visited in Japan and the ones in Denmark, is that in Japan they mainly sell foods and drinks, whereas in Denmark the food at Christmas markets is almost limited to Æbleskriver and Gløgg.

We started out by eating a sandwich… 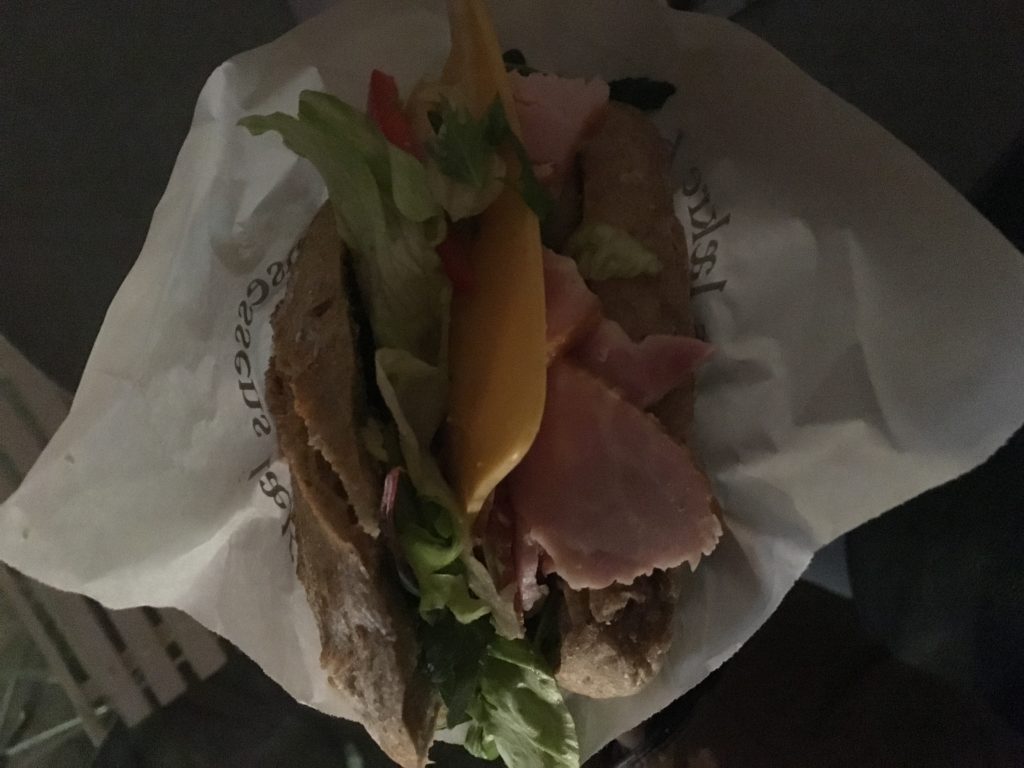 …and then we started working our way through the stalls making sure that we did not miss a single one! 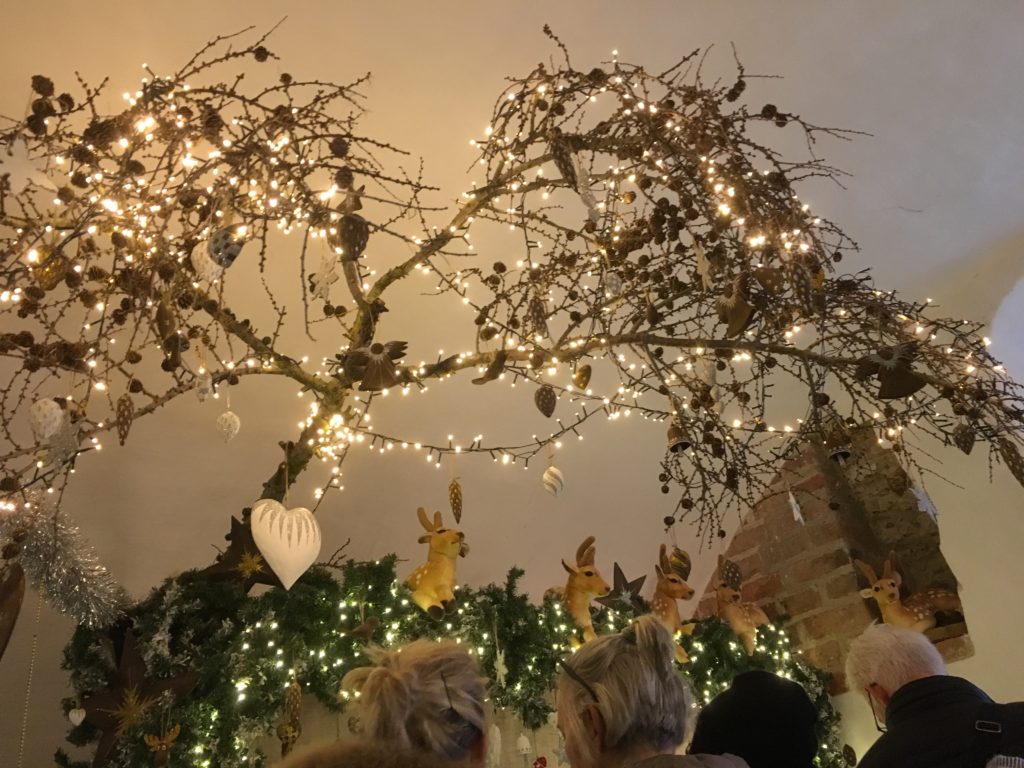 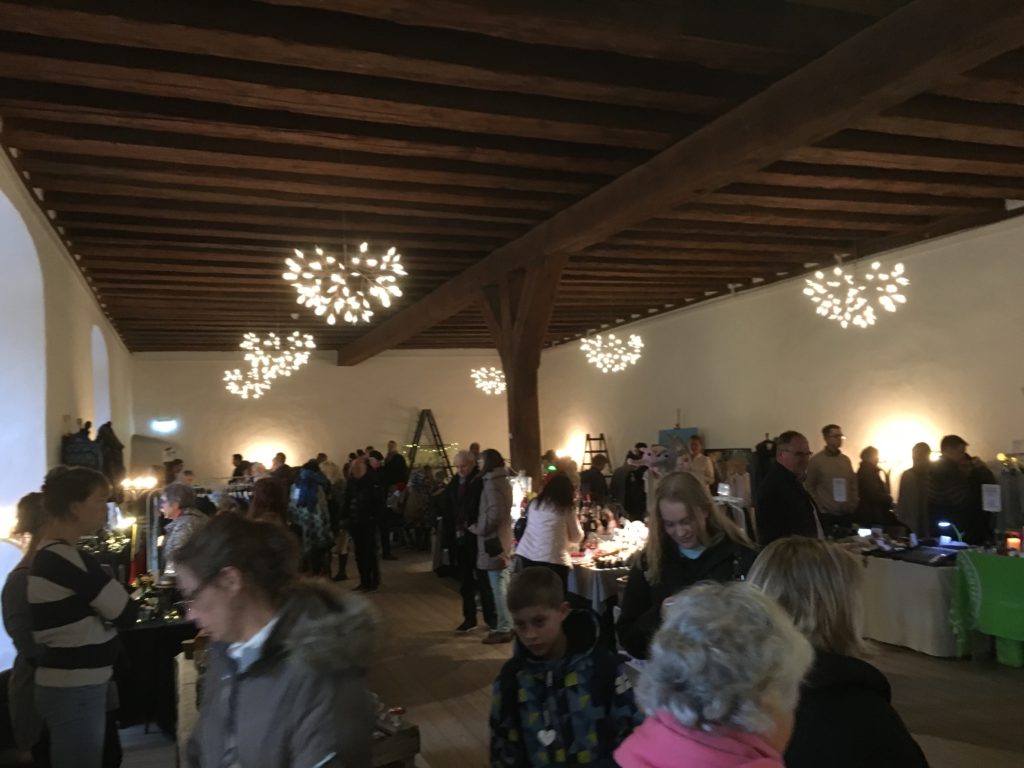 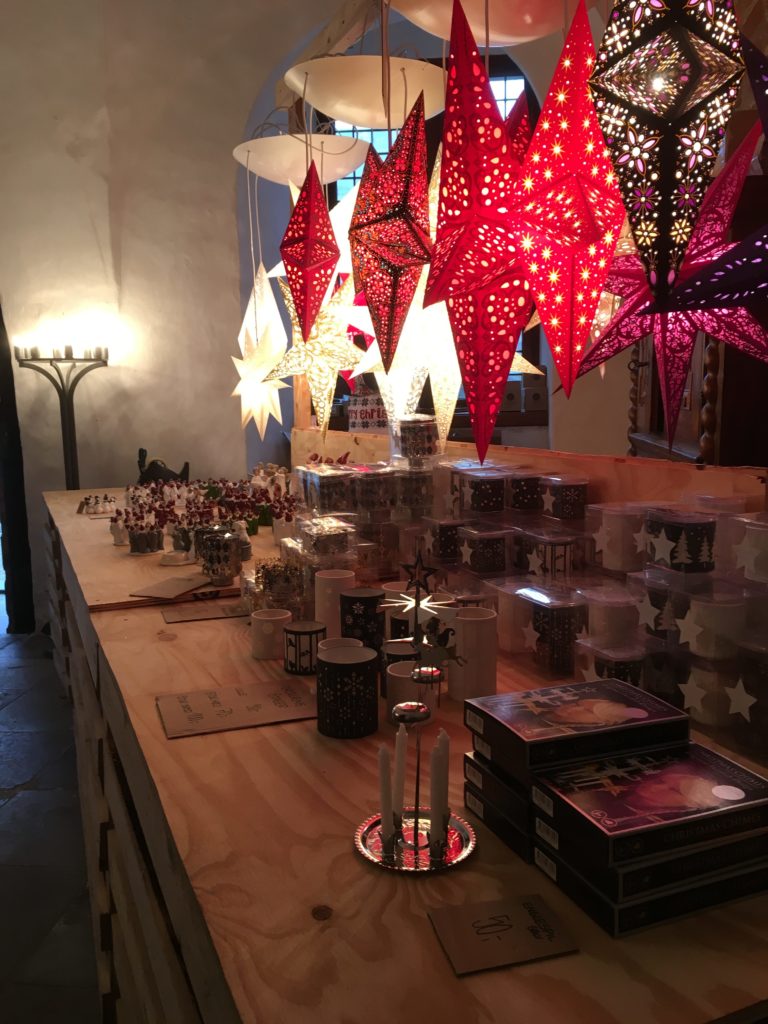 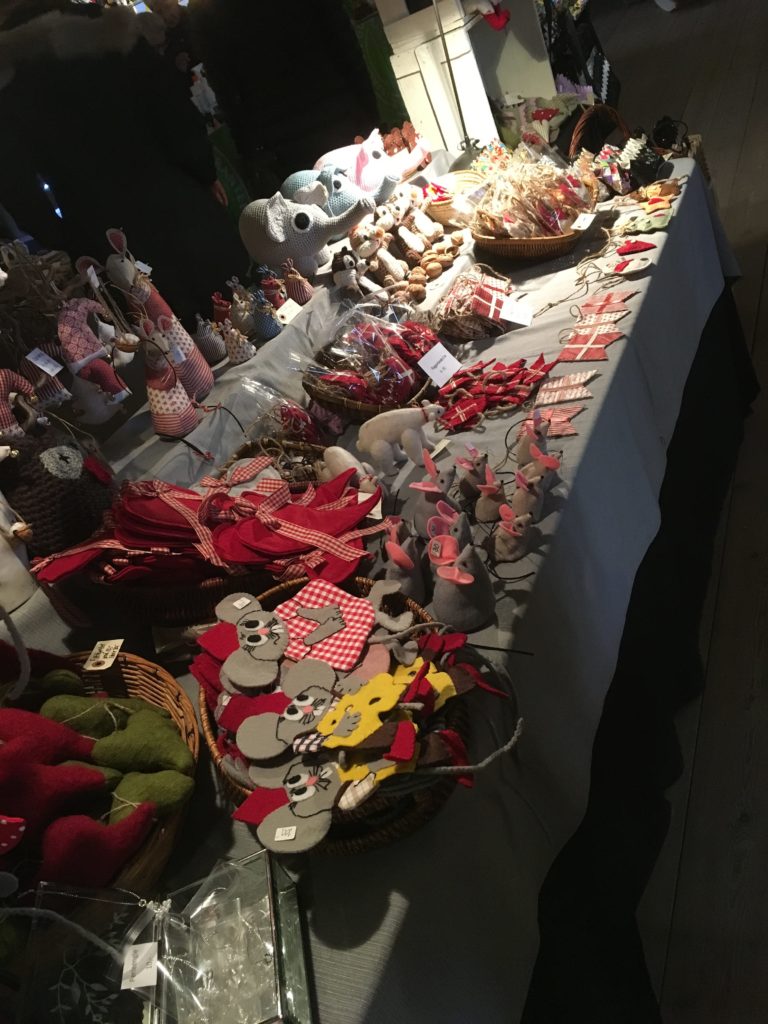 There were some quite many funny decorations… 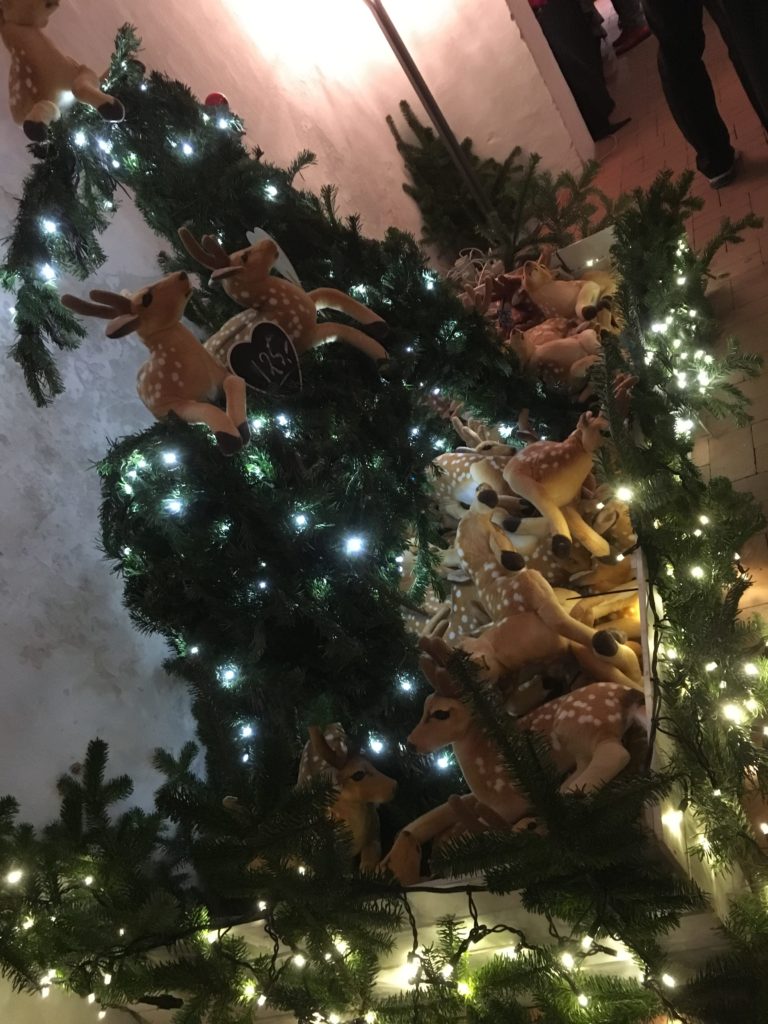 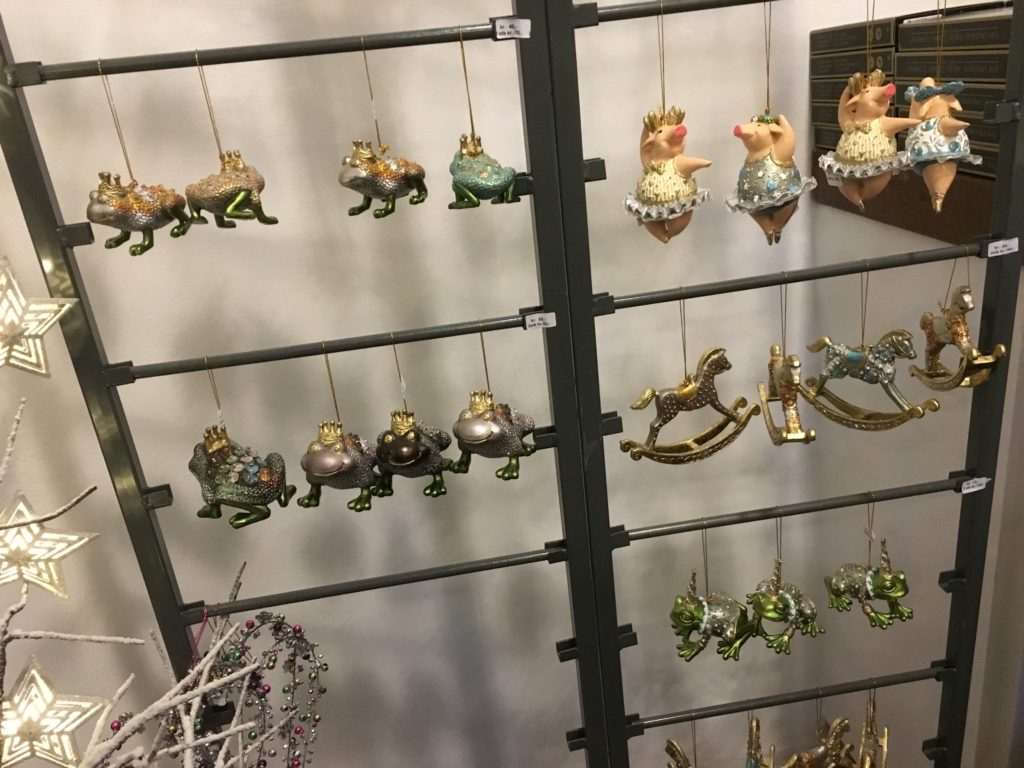 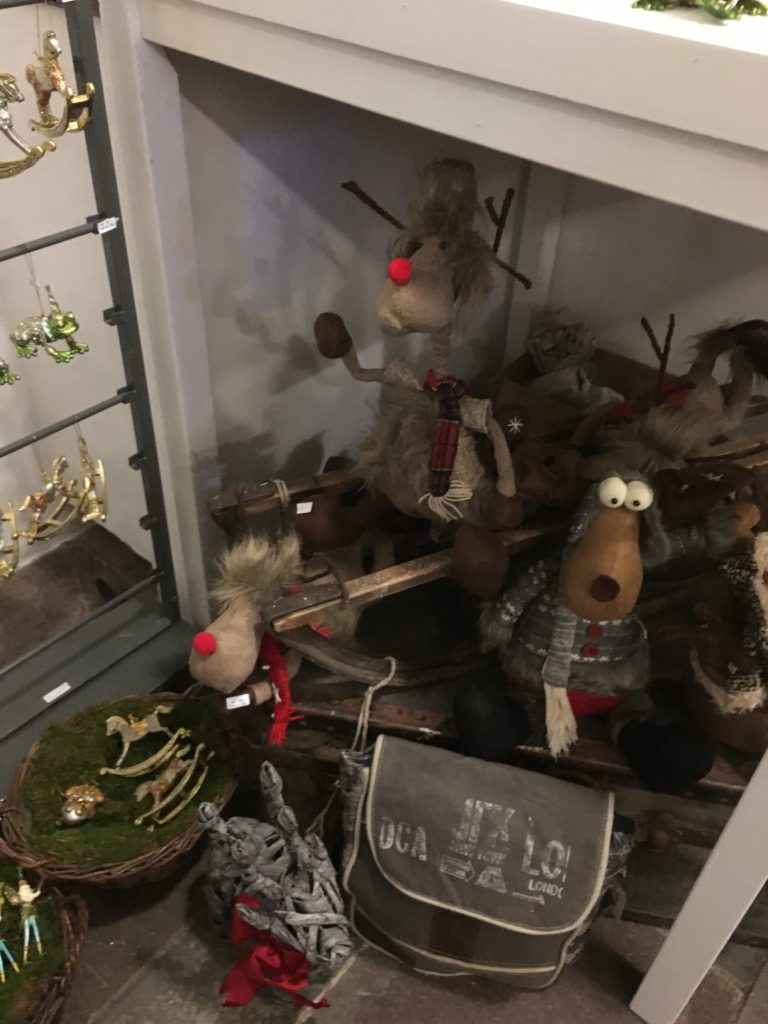 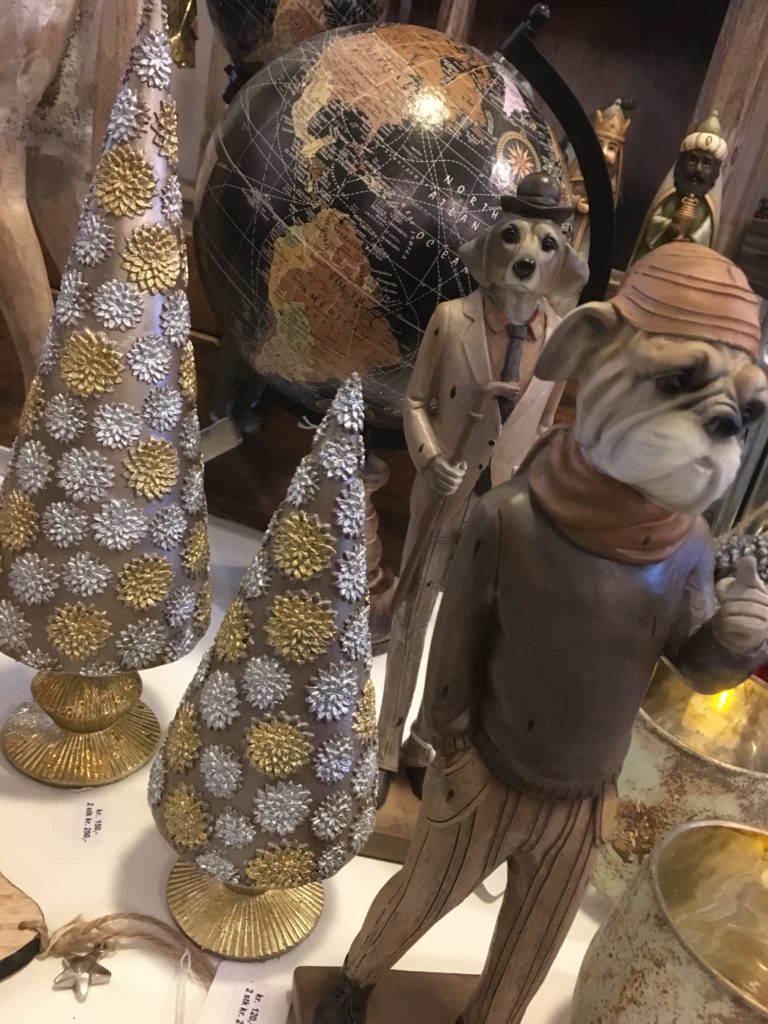 … and of course also some that my mom just had to buy to her collection of cute but slightly strange things. ^^ 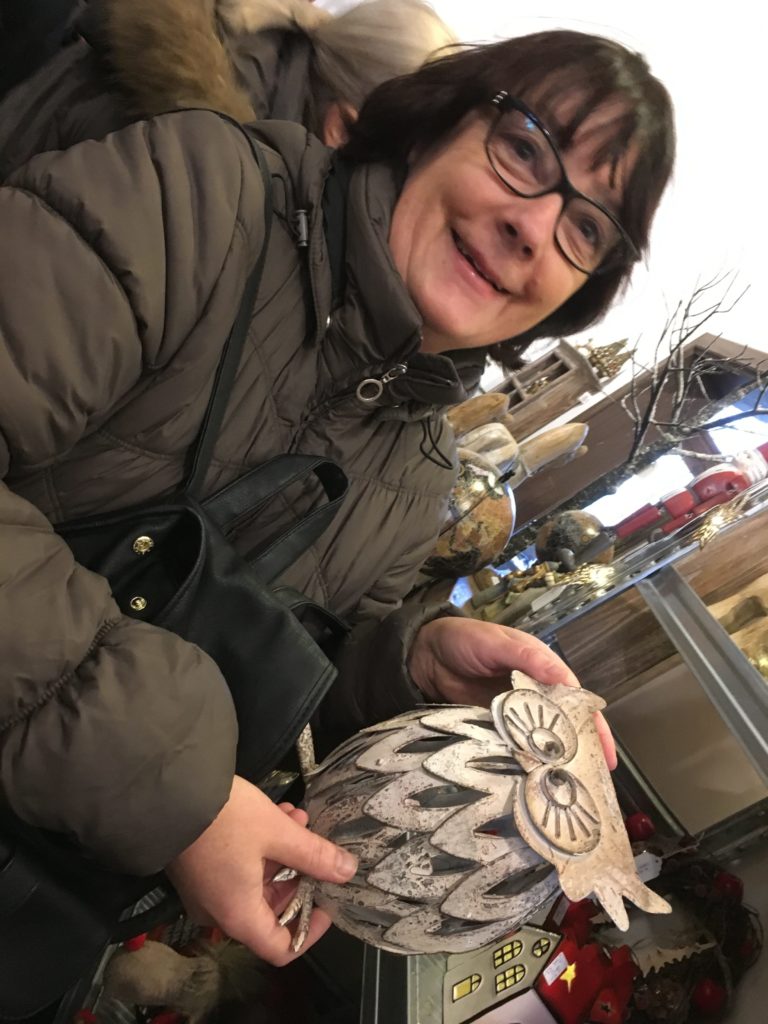 Some of the clothes were quite… interesting… I was particularly wondering when to use this one: 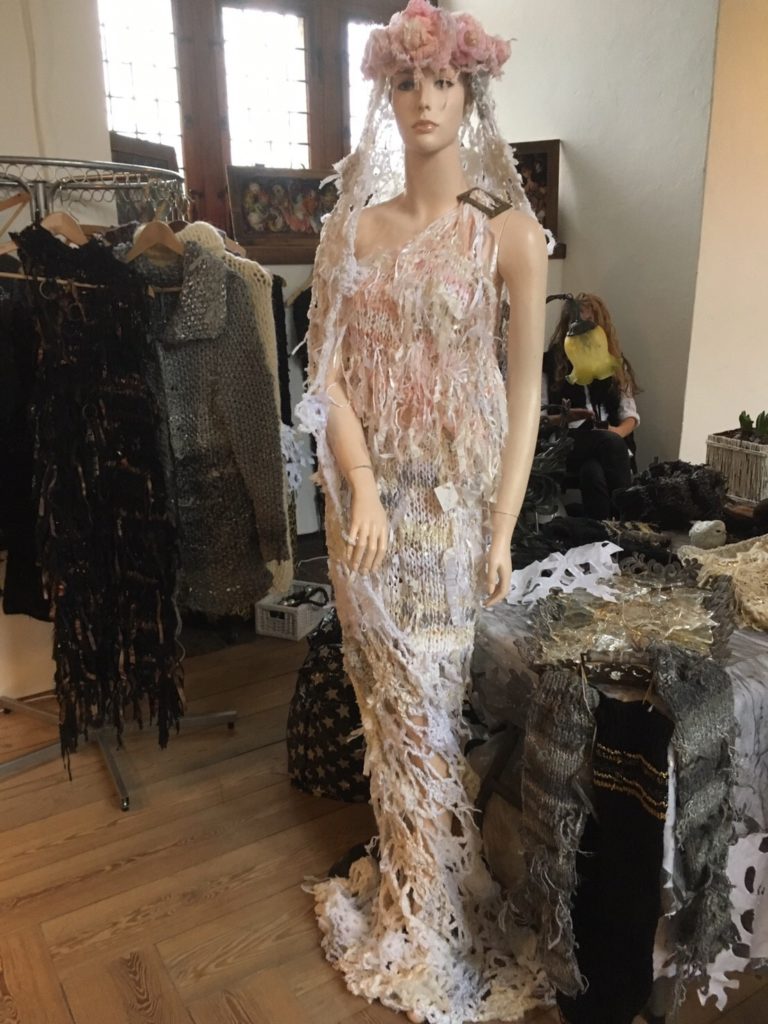 We spent around 2 hours at the Christmas market, and ended up buying a bit more than expected… 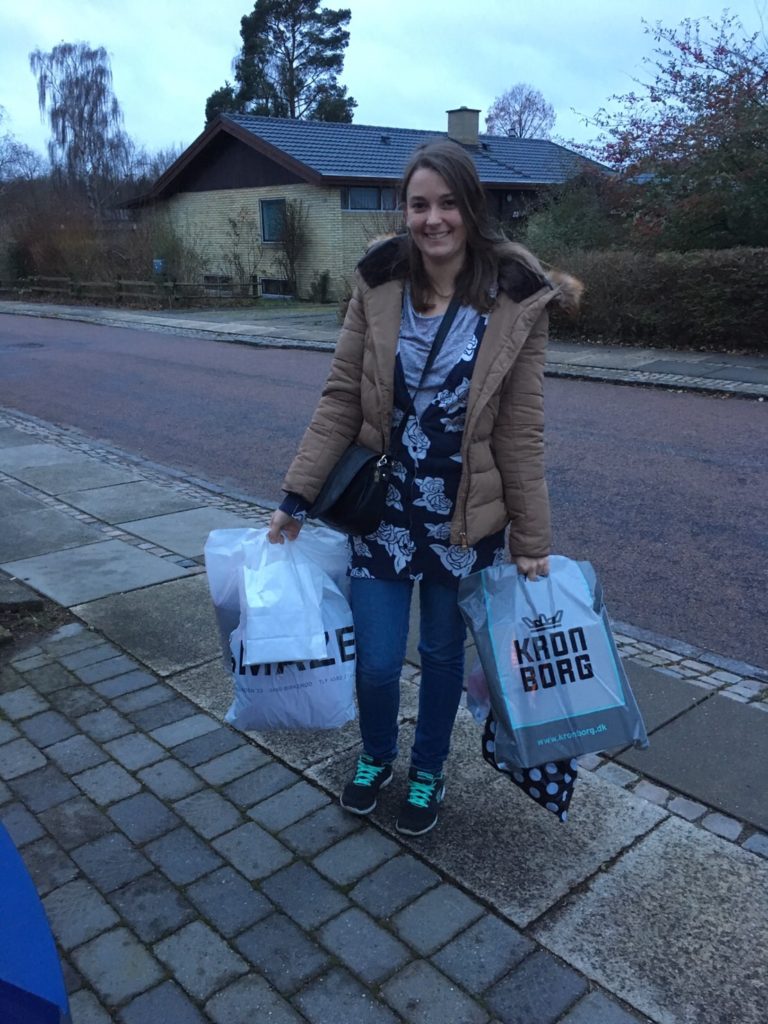 When I got back home, I pulled myself together and cleaned by room a bit so I could put up the decorations I bought. So now, my TV stand is decorated to a satisfactory level. 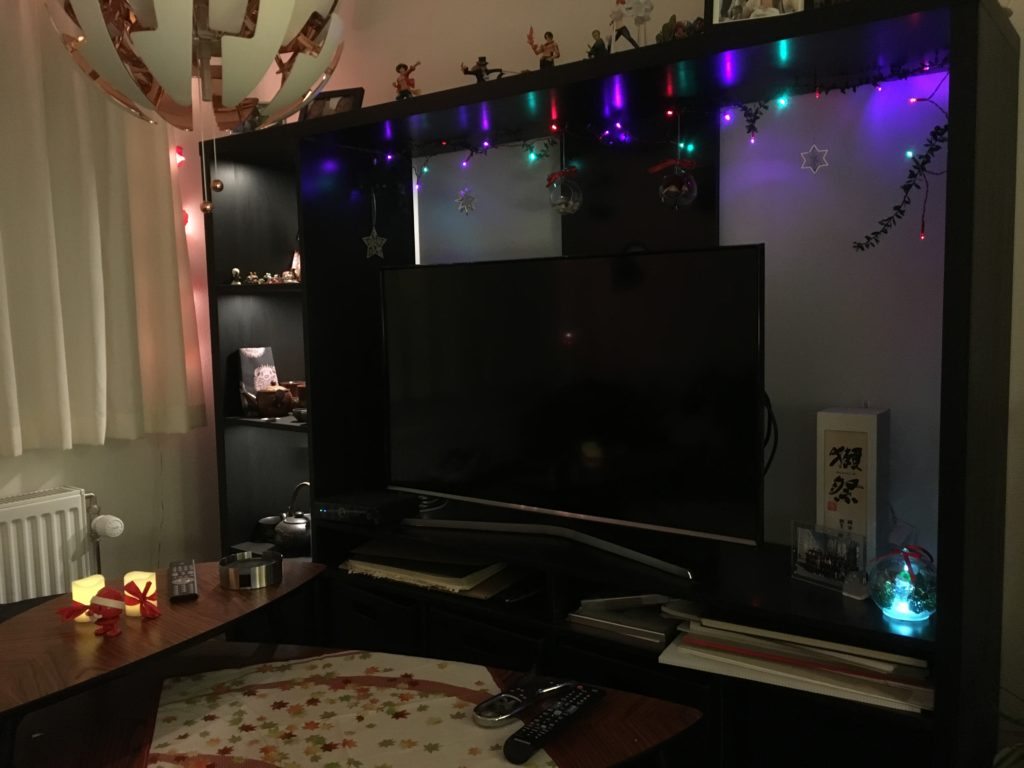 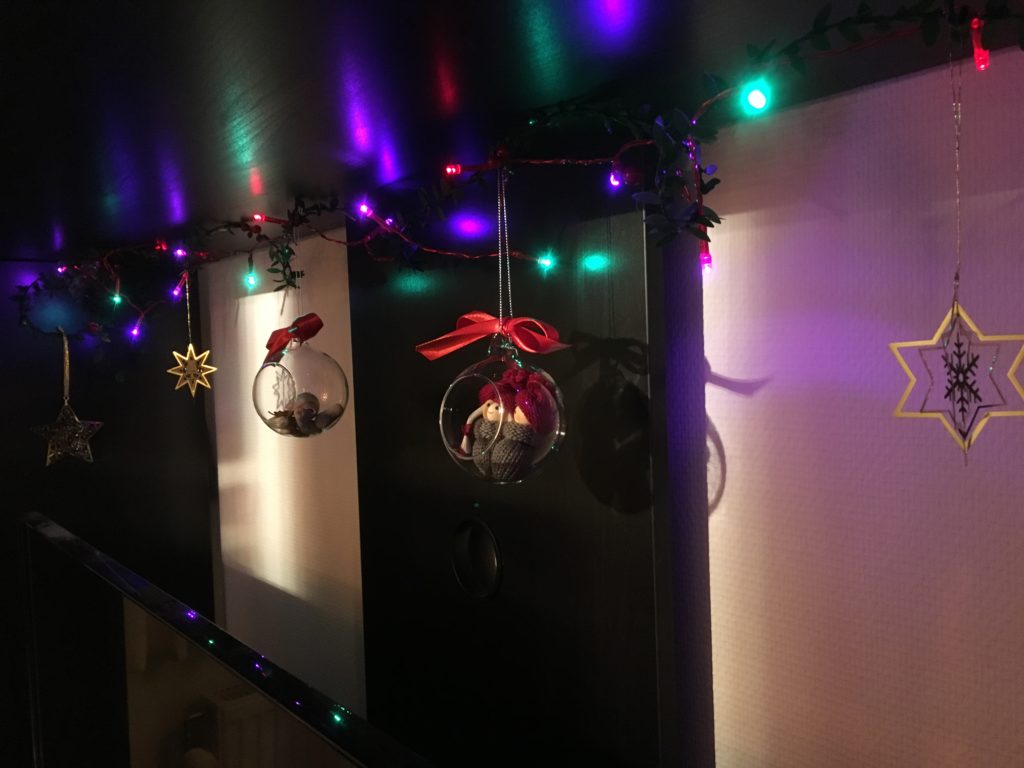 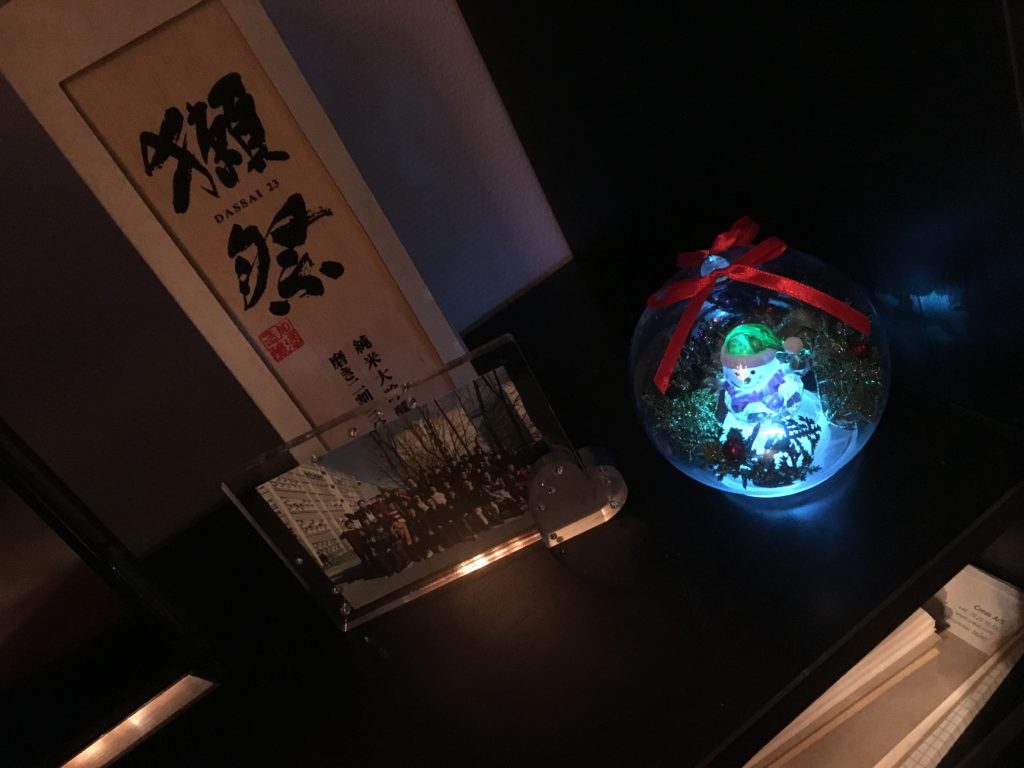 And to make the house a bit more “Chrismassy” from the outside too, I put an illuminated star and two “Nisser” on the window ledge so you can see them from outside like this: 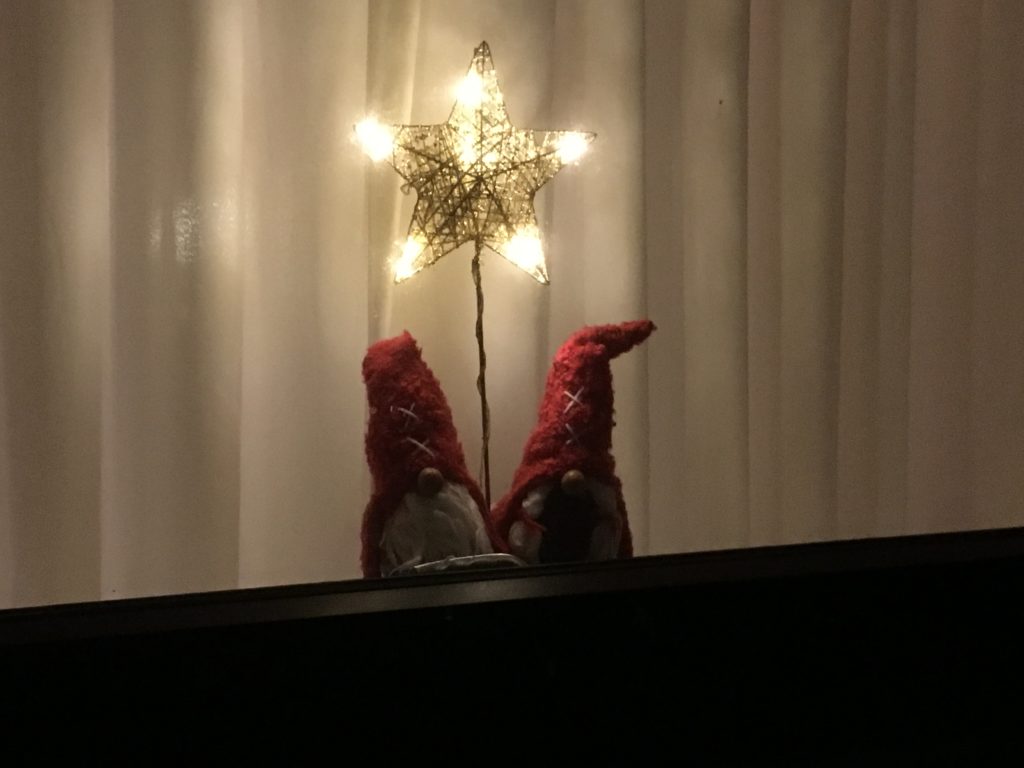 Some time ago I also bought a santa “hoptimist” and some electric candles that I decorated with red ribbons that I put on my coffee table. 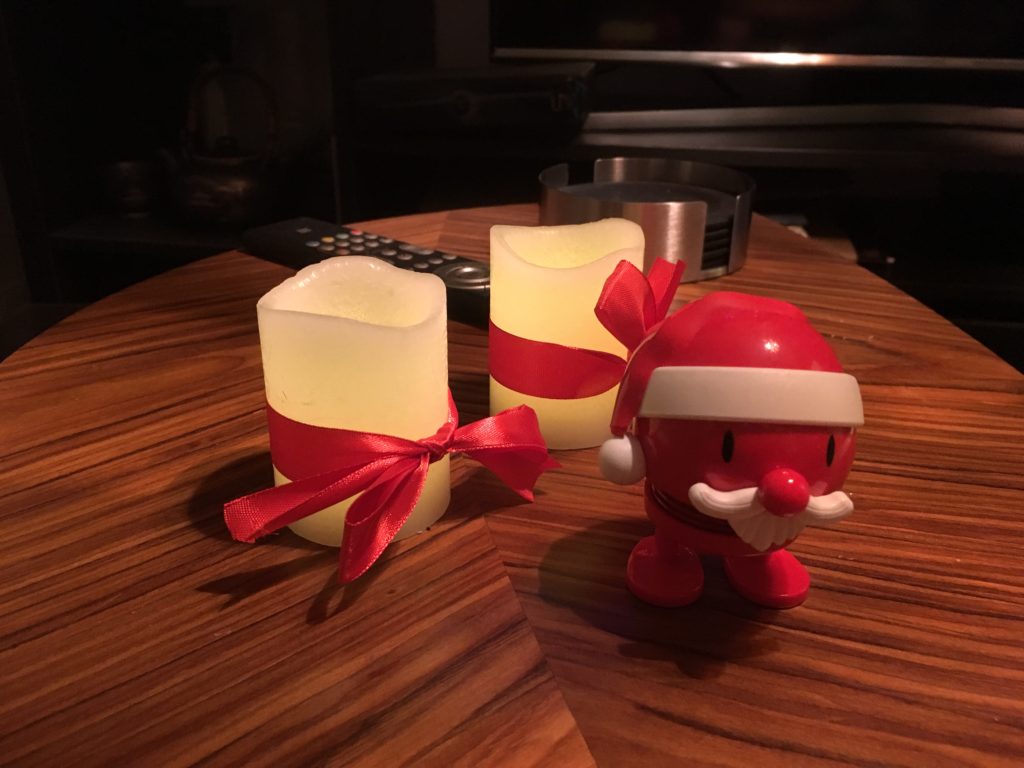 My coffee/tee “table” in the hallway has now also been decorated not only by a candle decoration, but also by three mice (I think) that found their way home with me from the Christmas market. 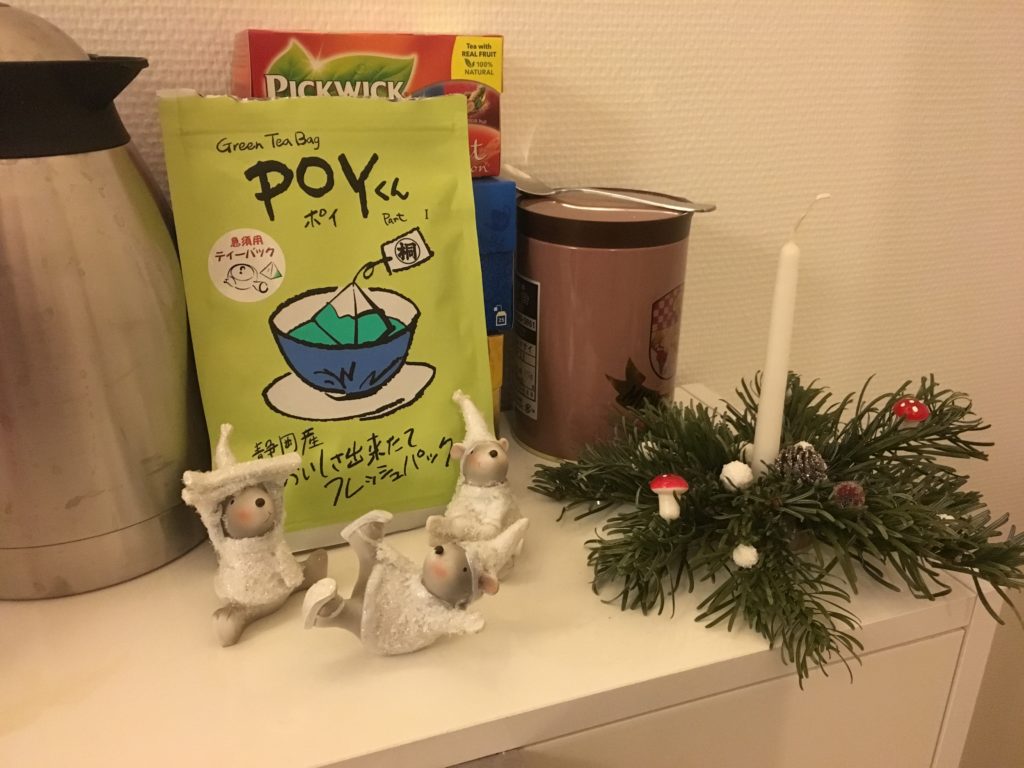 To give my doors a bit extra cuteness, I also attached some glittering hearts with some tape (I have run out of places to hang things from ^^). 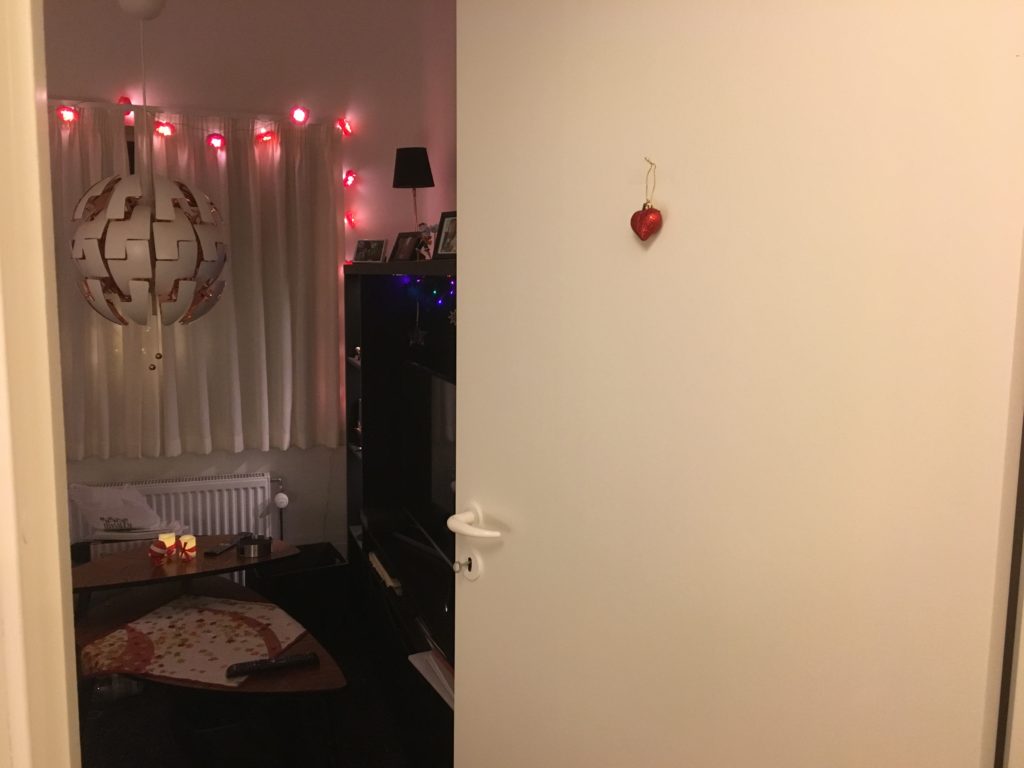 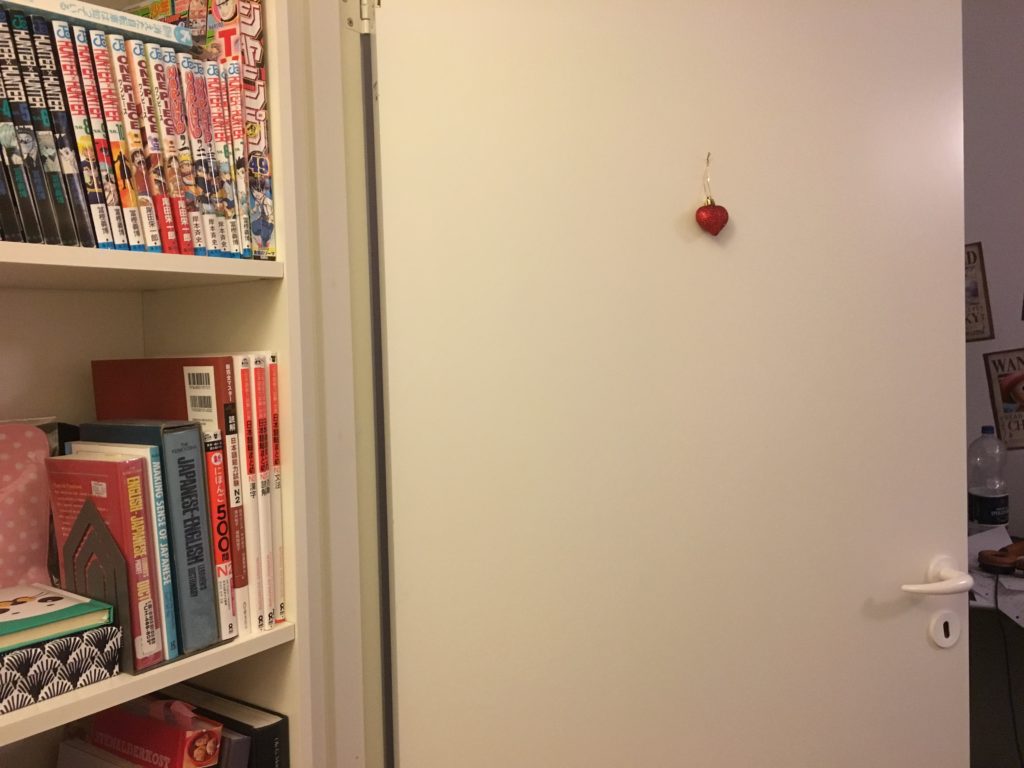 So now I feel that my room(s) are decorated to a degree closer to what I wanted. That said, I cannot promise that more will not find their way into my home during the next week.