After my python course in Aalborg ended (June 4th), I took the train from Aalborg to Vejle, where my boyfriend and his parents picked me up. We then drove for 45 mins into nowhere land. After passing lots and lots of fields 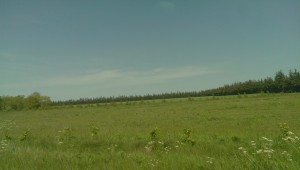 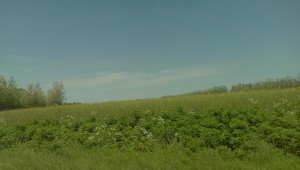 … And some more field-like places 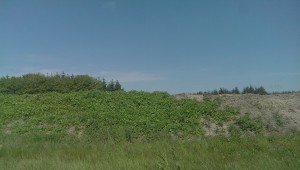 … And cows, sheep, and some more fields, we arrived in the small town “Sønder Omme”. Then we continued a bit further out into the countryside, until we arrived at our destination at “Bøvlvej” (“hassle/trouble road”). Here, my boyfriend’s family had rented a large vacation house able to house up to 16 people (we were 11 including 4 kids), and there was nothing around the house but fields. 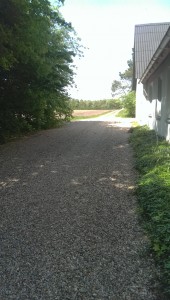 There was a Jacuzzi (I just spent waaay too much time trying to spell that word) in one of the two bathrooms – which was nice. I want one!!! …. I don’t want to have to clean it though ^^ 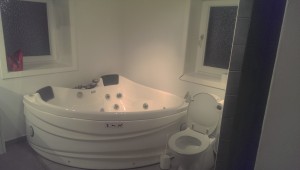 I had arrived a bit later than the rest because of my python course, so I missed out on visiting Lego land, but that was okay. Why? Well, they had brought an AWESOME board game that I hadn’t tried before. I can’t remember the name, but it was awesome! Combine that with some wine and nice company and you have the recipe for a nice evening! 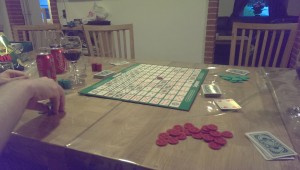 The next day we went to the ocean somewhere near the town “Tarm” (means intestine/bowel – gotta love their naming sense of towns and roads in Jutland ^^). The water was freezing cold (max 15 degrees), so I didn’t get further out than a bit of sopping, but the kids actually went in the water. 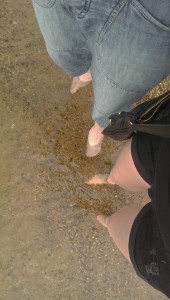 I decorated my boyfriend with sand a little and I think I did a pretty good job (the others assisted a bit with additional decorations, I only did the sand!). 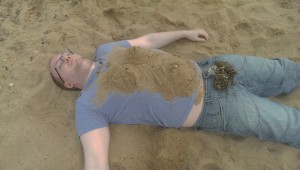 The next day there was a flea market in town, and it was much, much smaller than we had expected. But just before leaving the market, my boyfriend spotted this set labelled “Edison Jr.” which he just had to own. Knowing that it was missing some parts, he paid 30 kr., and it was his. You might have thought it would be for the kids, but well, think again. But with the missing pieces (and missing guide book), it required some additional effort and creativity to get it to work. 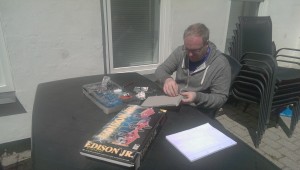 On the way back from Jutland, we made a brief stop in Odense, where I saw this shop 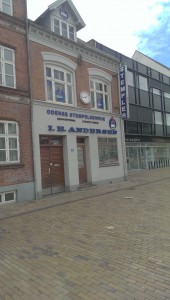 I was really wondering how a shop selling stamps can still survive in Denmark, but I really find it charming with these kinds of small special shops. More and more are forced to shut down nowadays.

It was really nice with a short (4 days) of break from being very busy and slightly stressed, but I was really tired when I got back home – and not particularly ready for work the next day – but it can’t be helped!