Last week, I went sightseeing in Yokohama which is about 1 hour by train from central Tokyo. We arrived around 12, and the first stop was China Town! 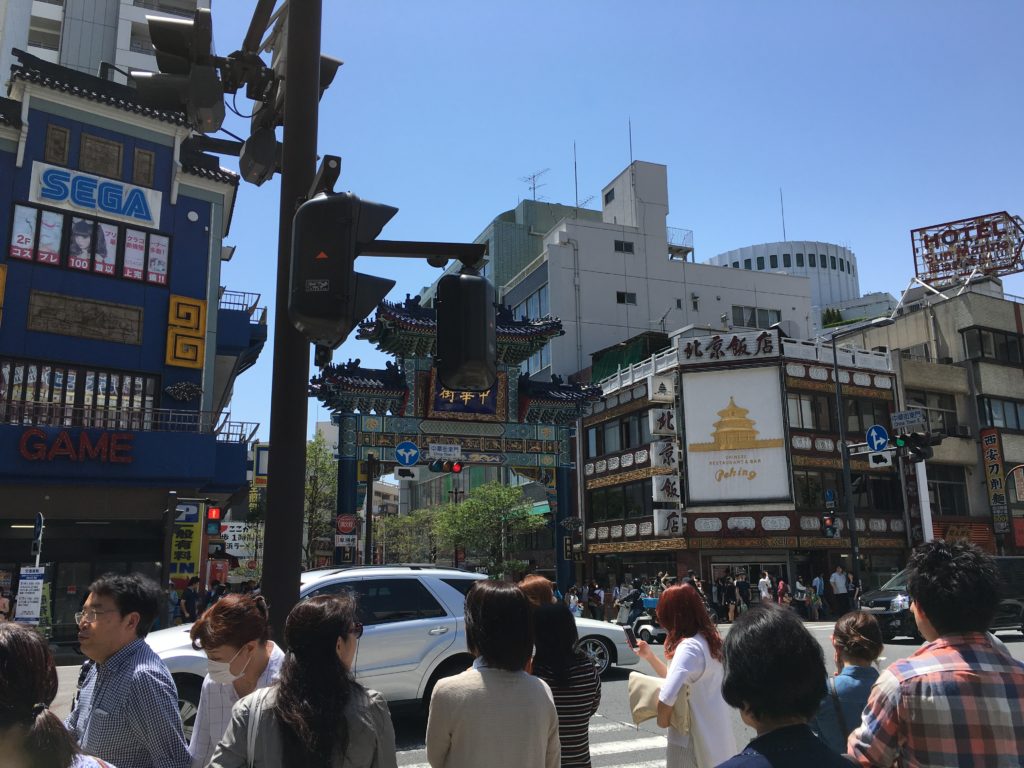 In China Town you buy plenty of food you can take with you and particularly various types of “xiaolongbao” (小籠包, shouronpou, in Japanese) and “manjuu” (饅頭). First up was a “Niku Manjuu” (steamed bread with meat inside) and fried xiaolongbao. 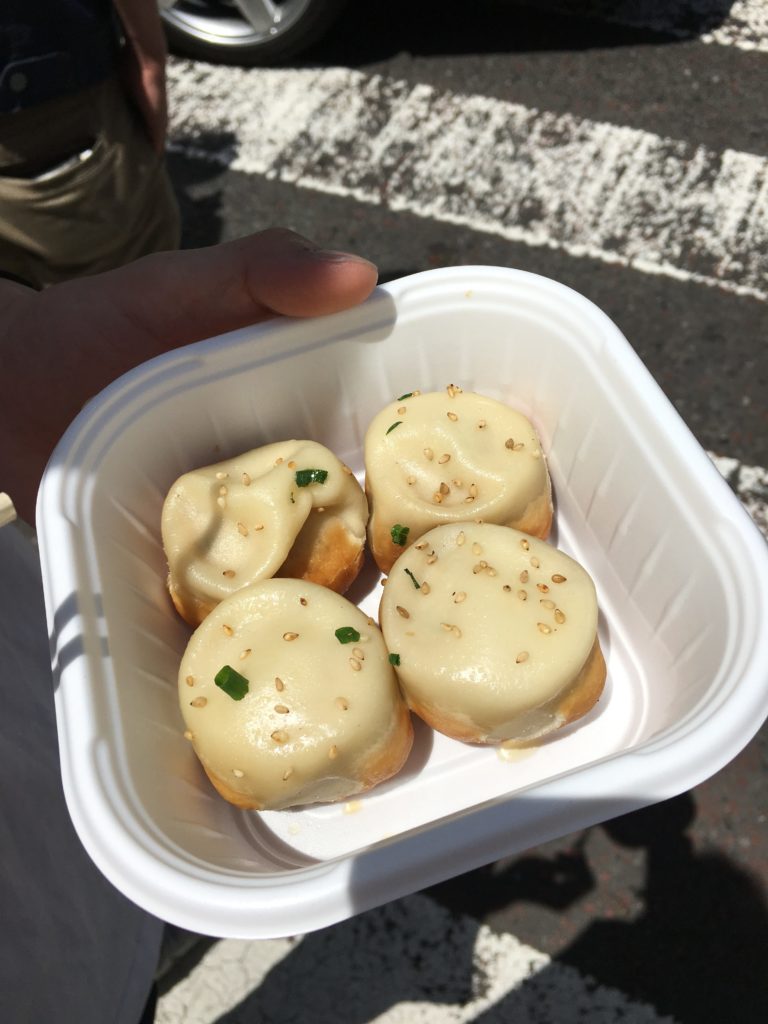 You need to be careful when eating these since there’s a thin sauce inside which is very hot. However it is very tasty!
Particularly because it was golden week, there were a lot of people so it was necessary to line up for a little while when buying something.

However, this is not uncommon in Japan and I realised how used to this I had gotten when I thought that it was not particularly long to wait for 30 minutes in line. ^^
Probably since it was China Town, there were sooo many souvenirs with pandas. There was even a shop where you entered through a panda’s mouth. 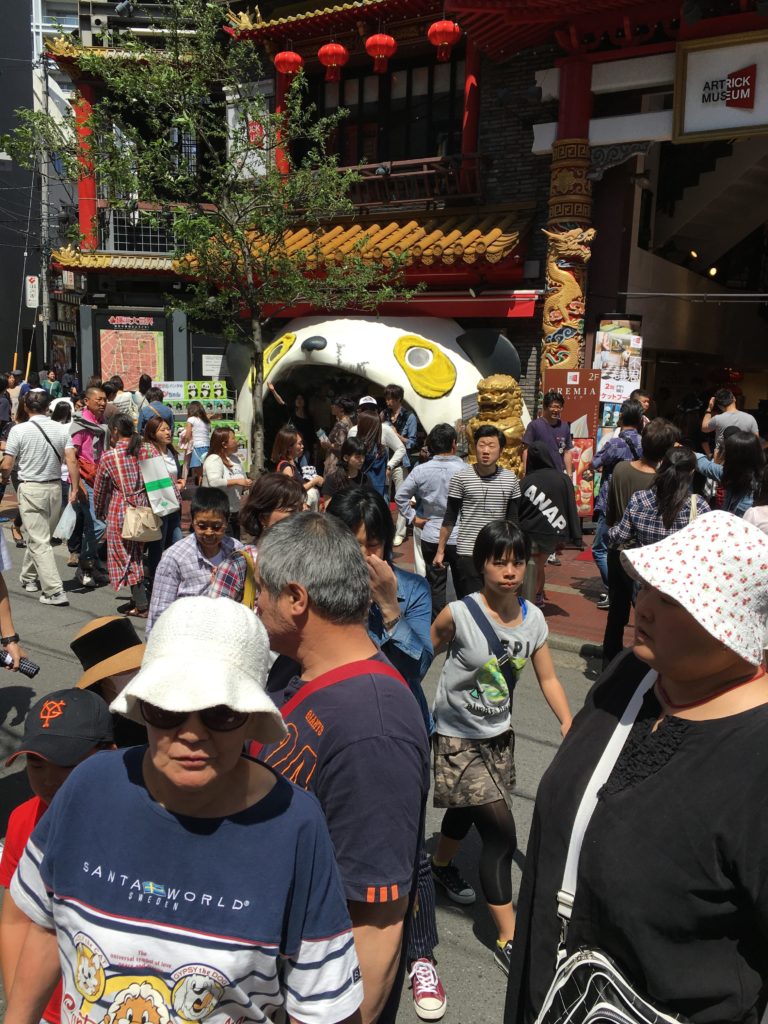 and even these things you put up when there’s construction work were panda themed (I’ve seen these with many different themes by now, also Hello Kitty). ^^ 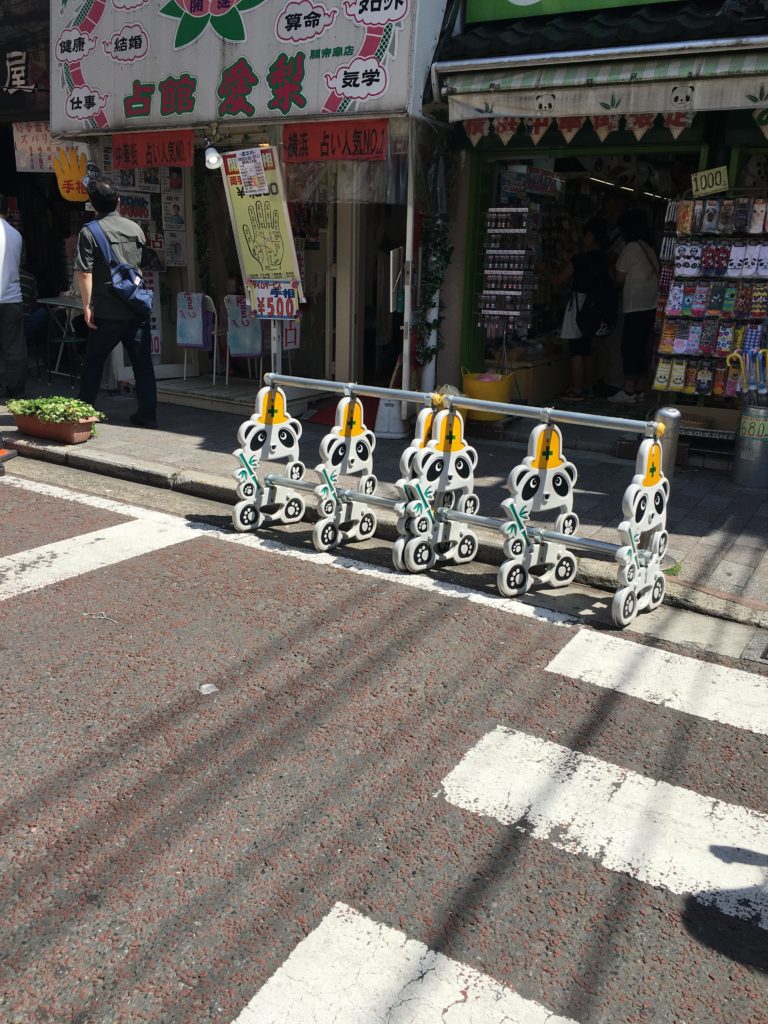 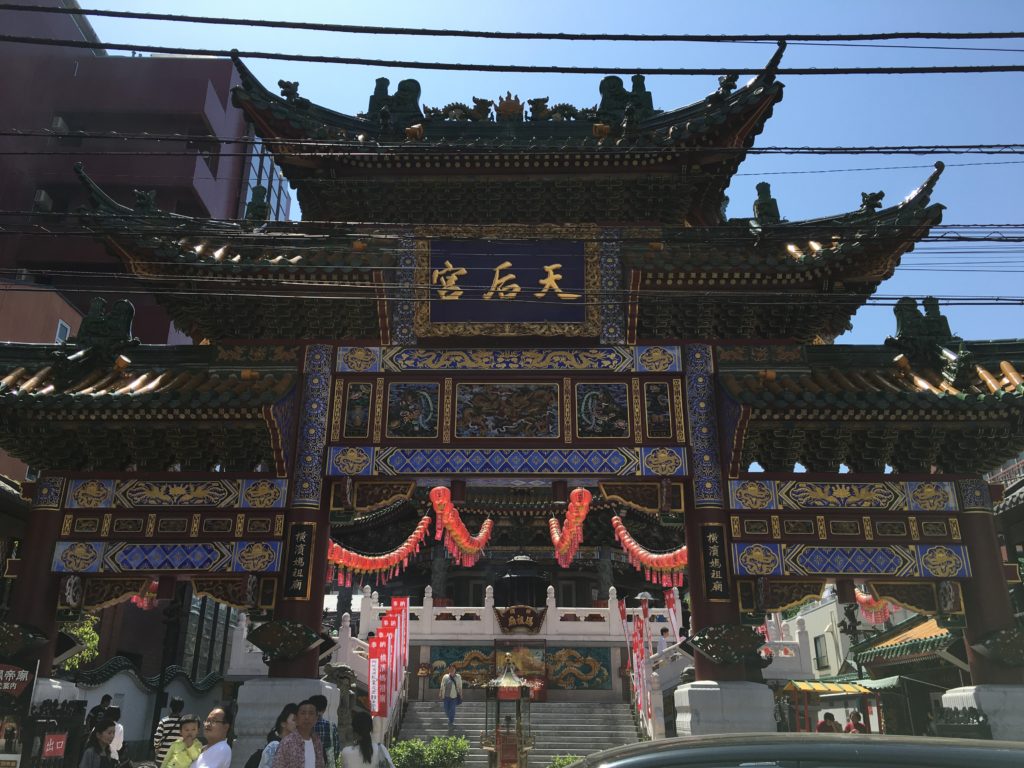 … and after walking around for quite some time, we bought some more xiaolongbao and some well deserved Tsingtao beer to go with it.
From China Town, we walked to a park neer the harbor and even though there also was a lot of people here, it did not feel crowded. It was a very peaceful and nice place to take a walk and take a rest. 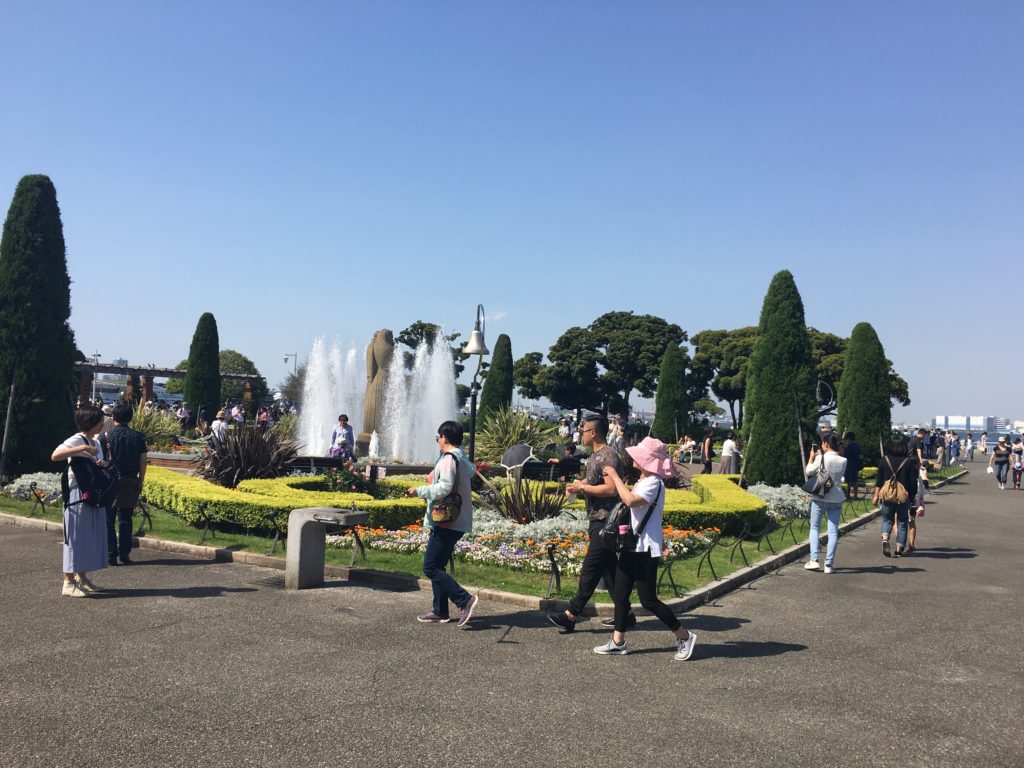 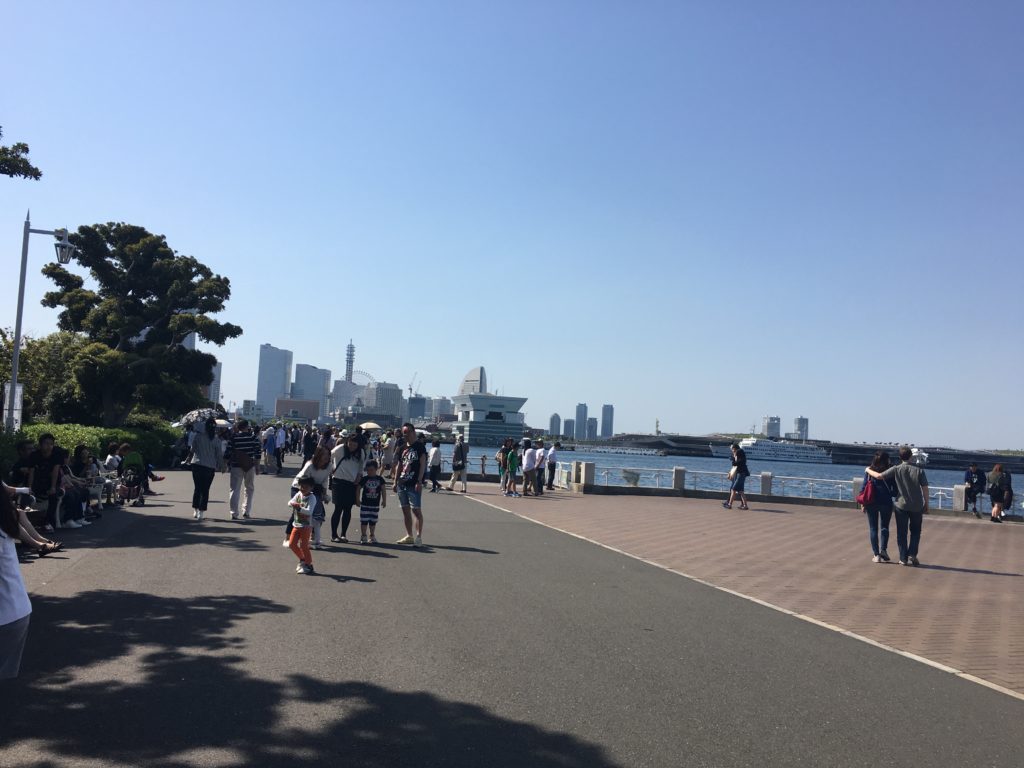 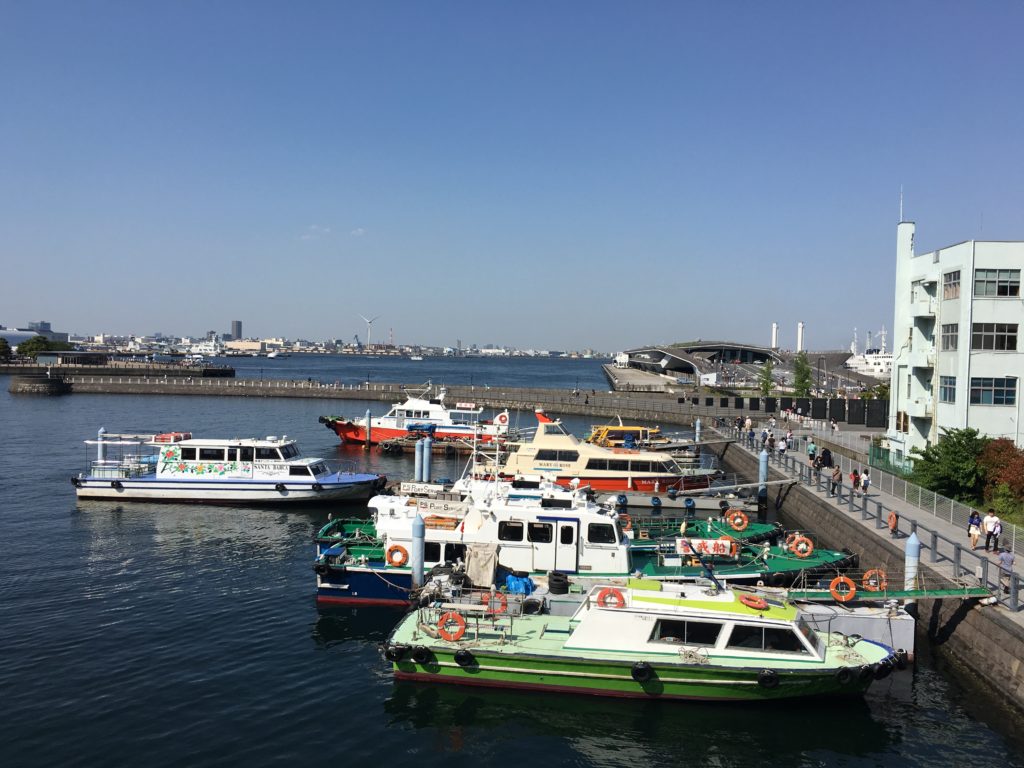 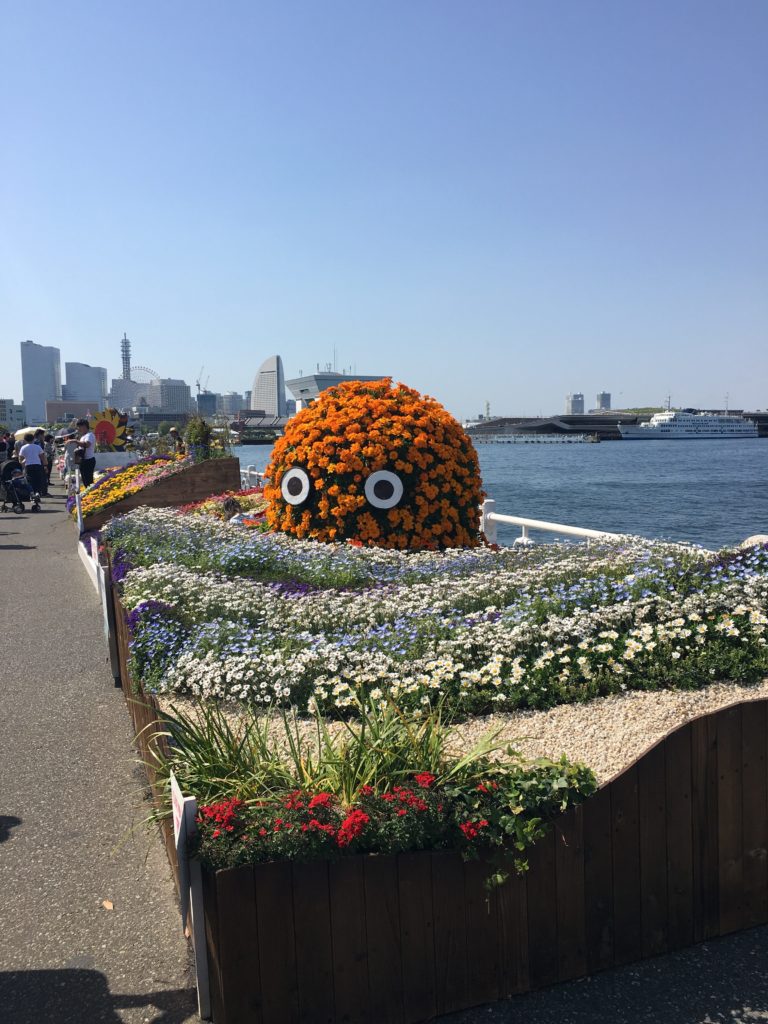 A bit after the park there was also a german festival going on where they were playing live german music and selling german beer. 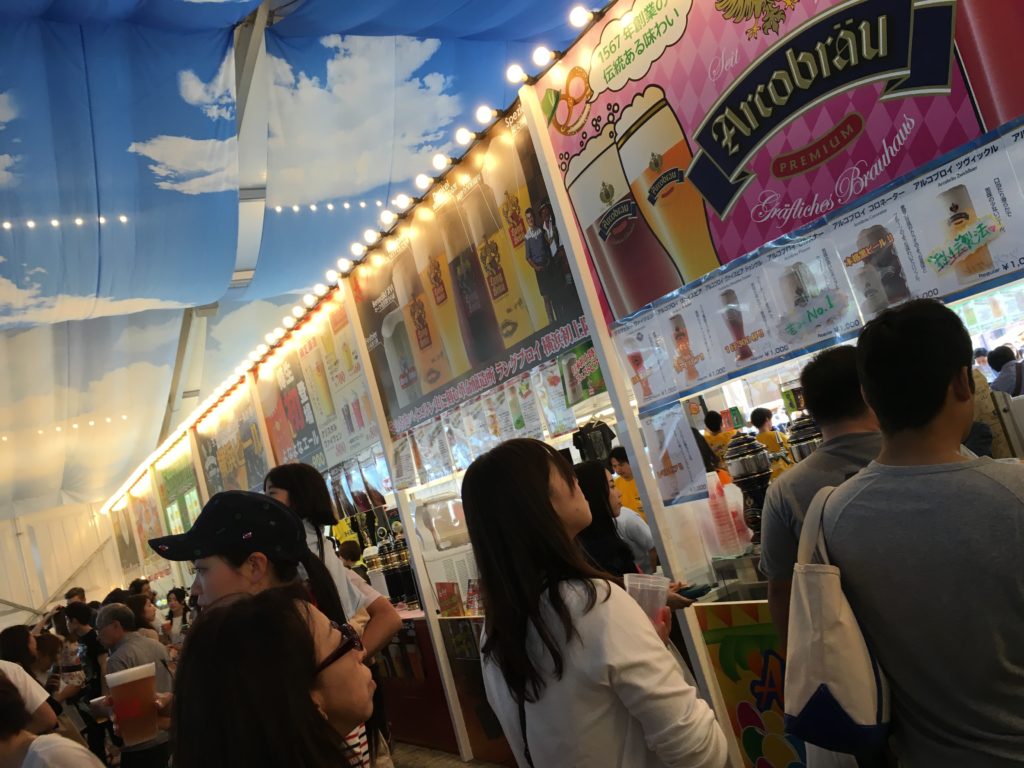 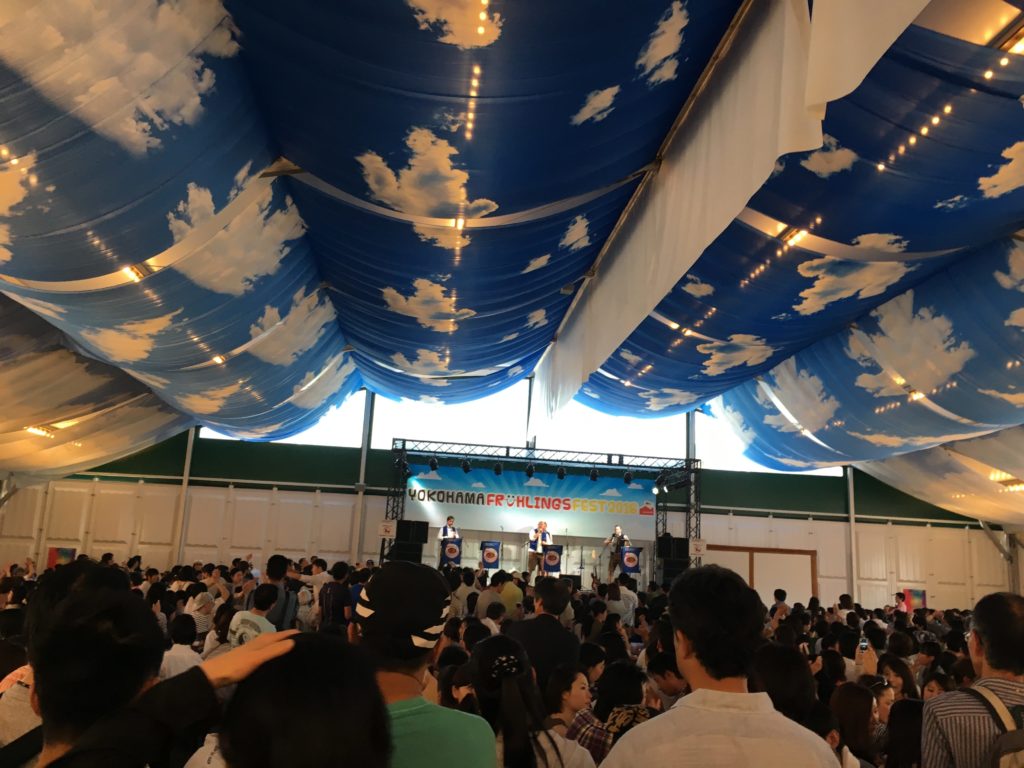 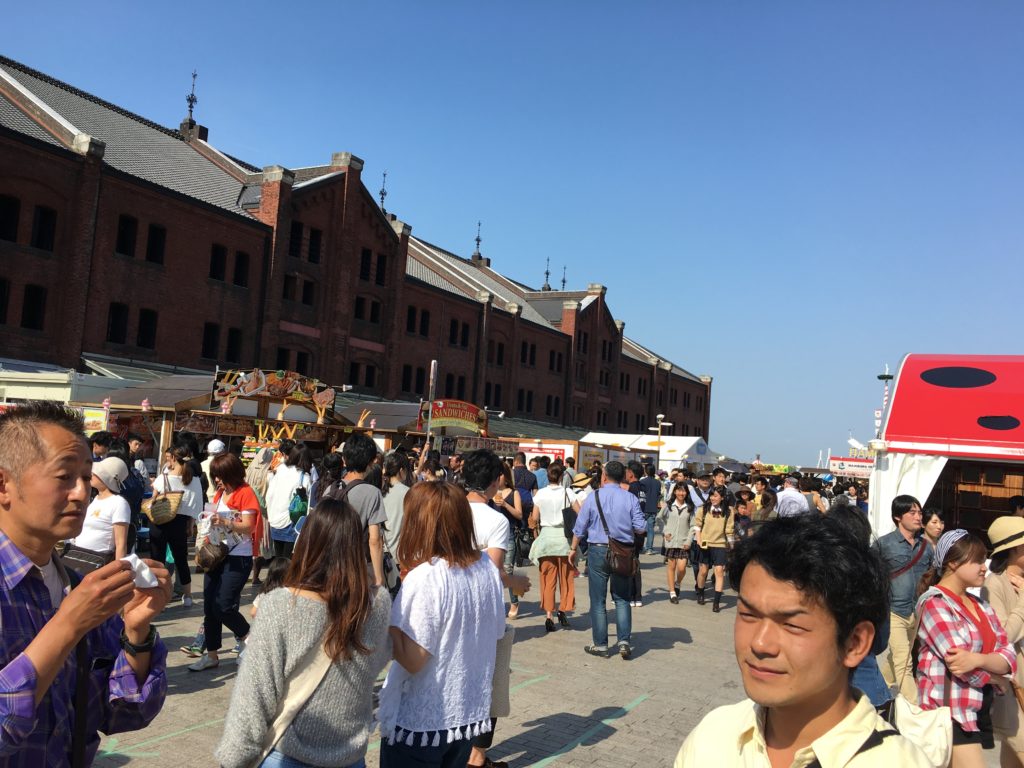 And the old building in the above photo was actually a shopping center where they also had a nice café selling waffles with fruits on top (it was very tasty). 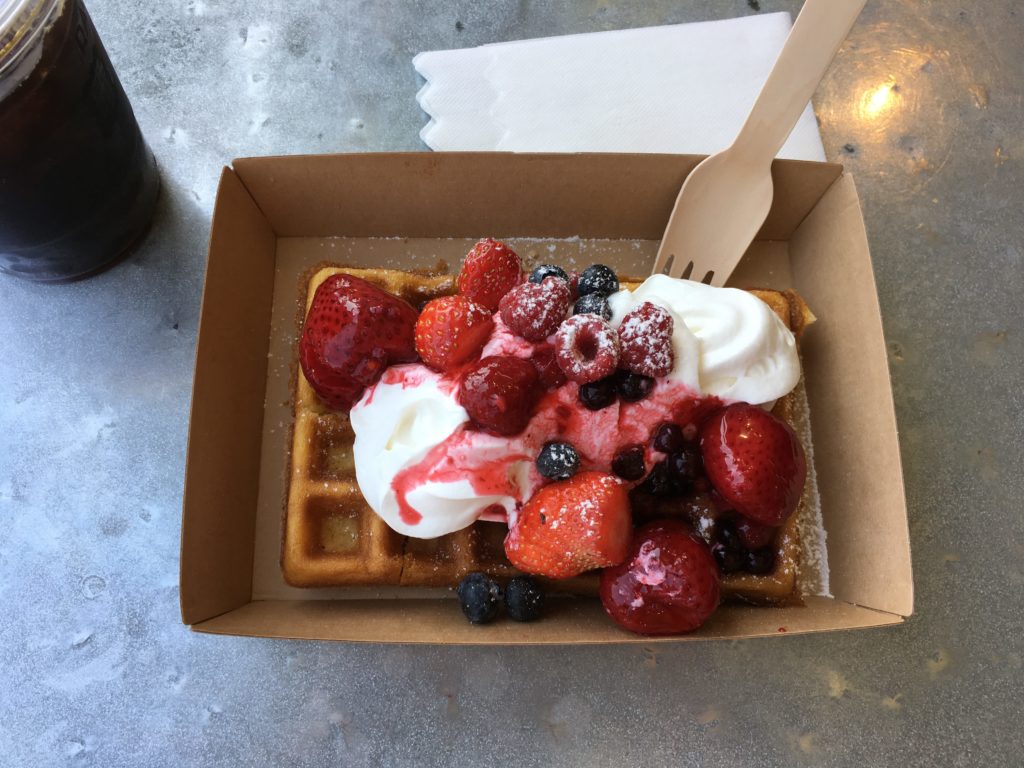 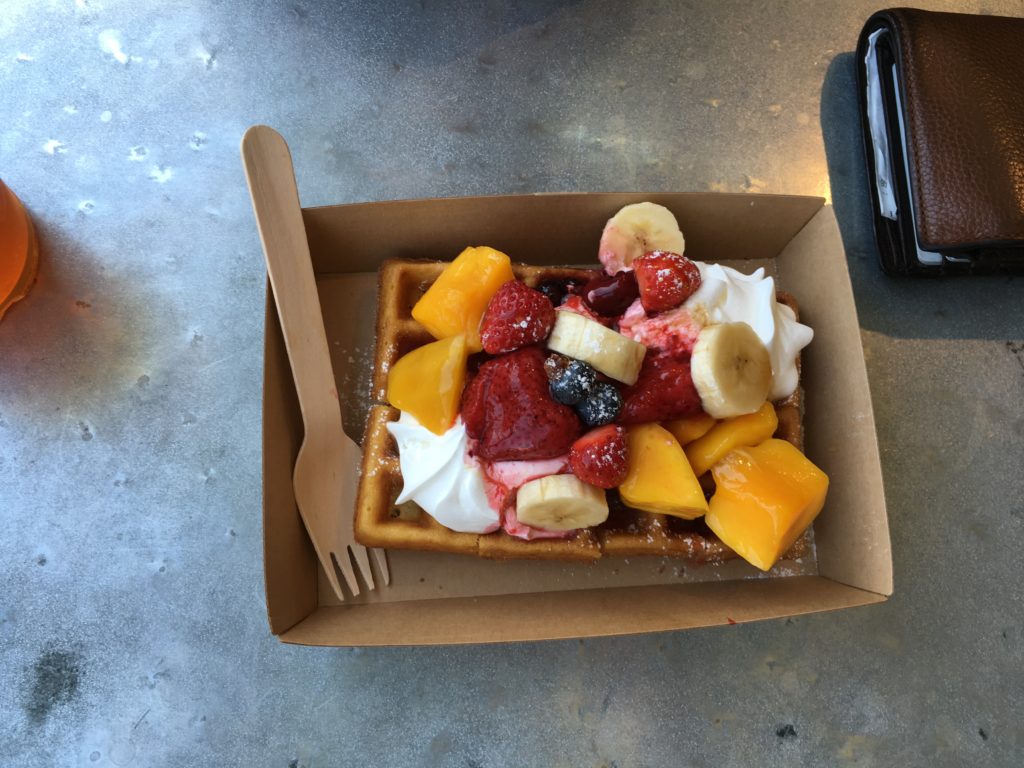 Walking a bit further there was another park and a small ship museum free to enter. 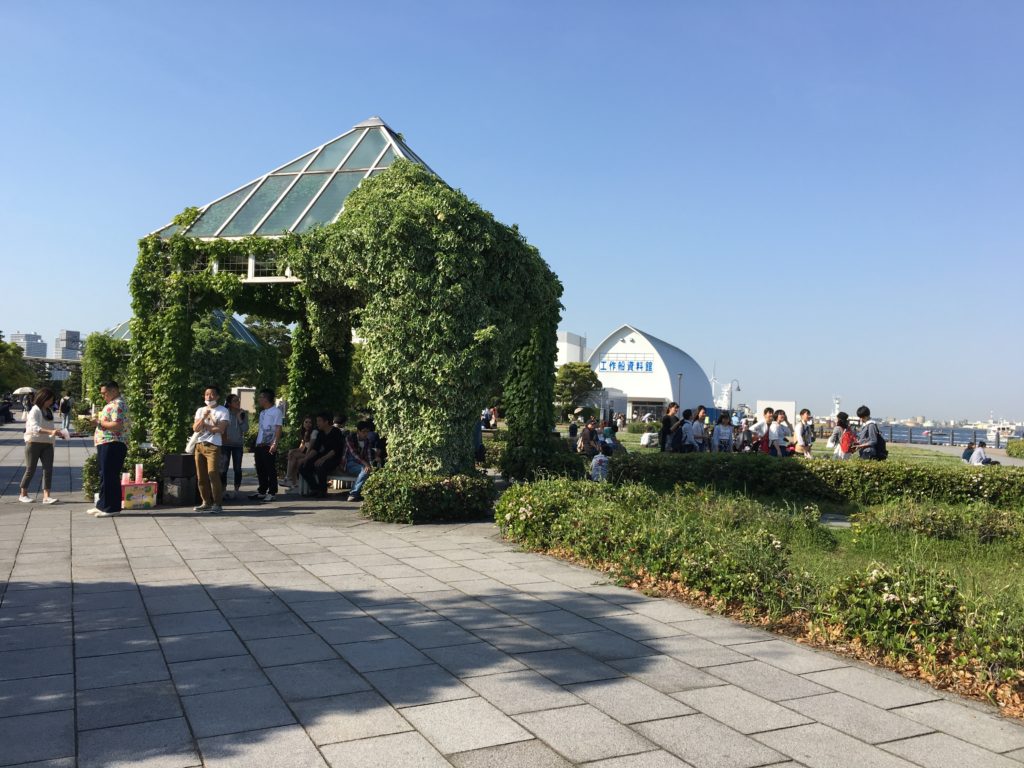 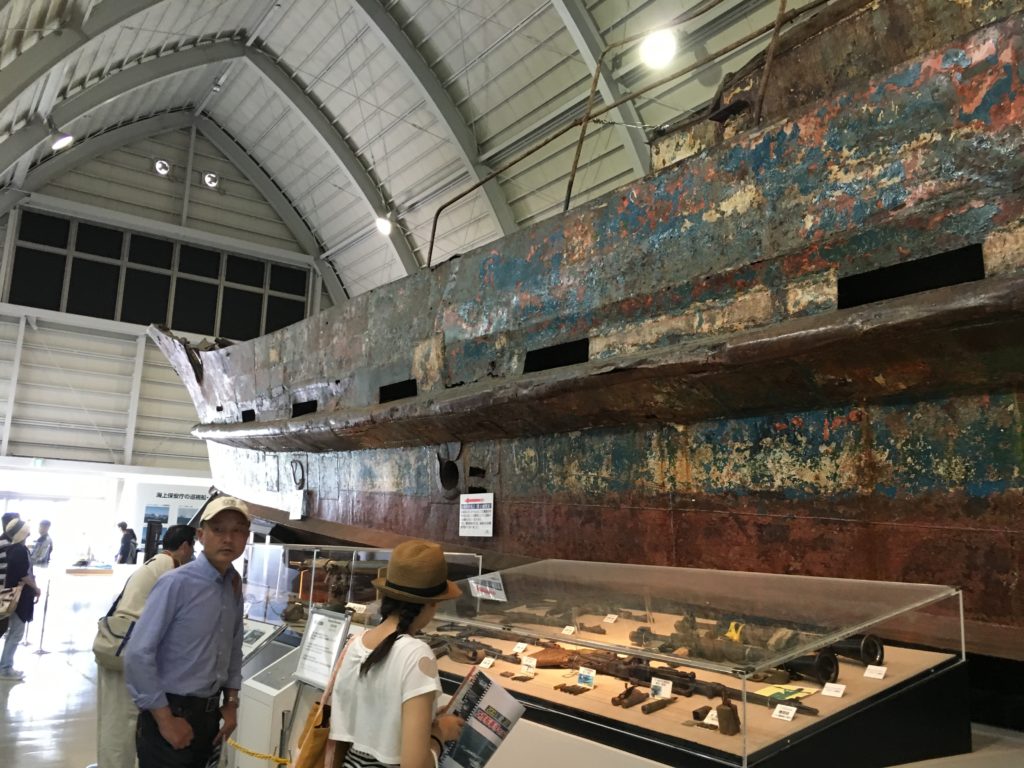 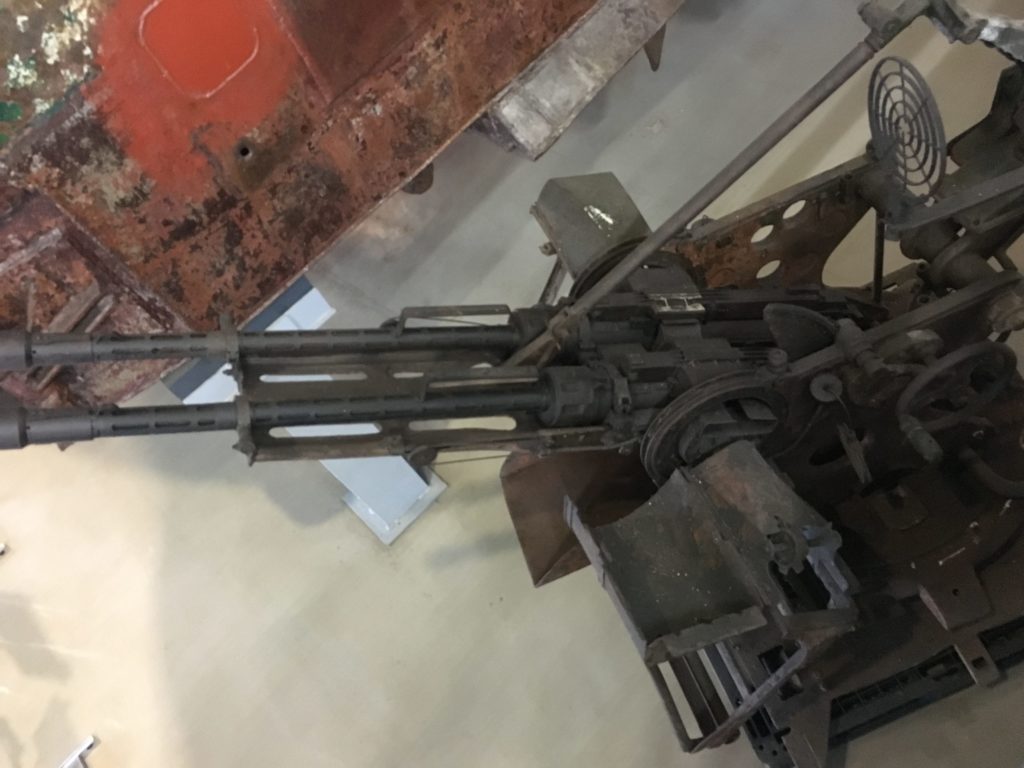 There was also a theme park with a few rides such as roller coasters and a large paris wheel. 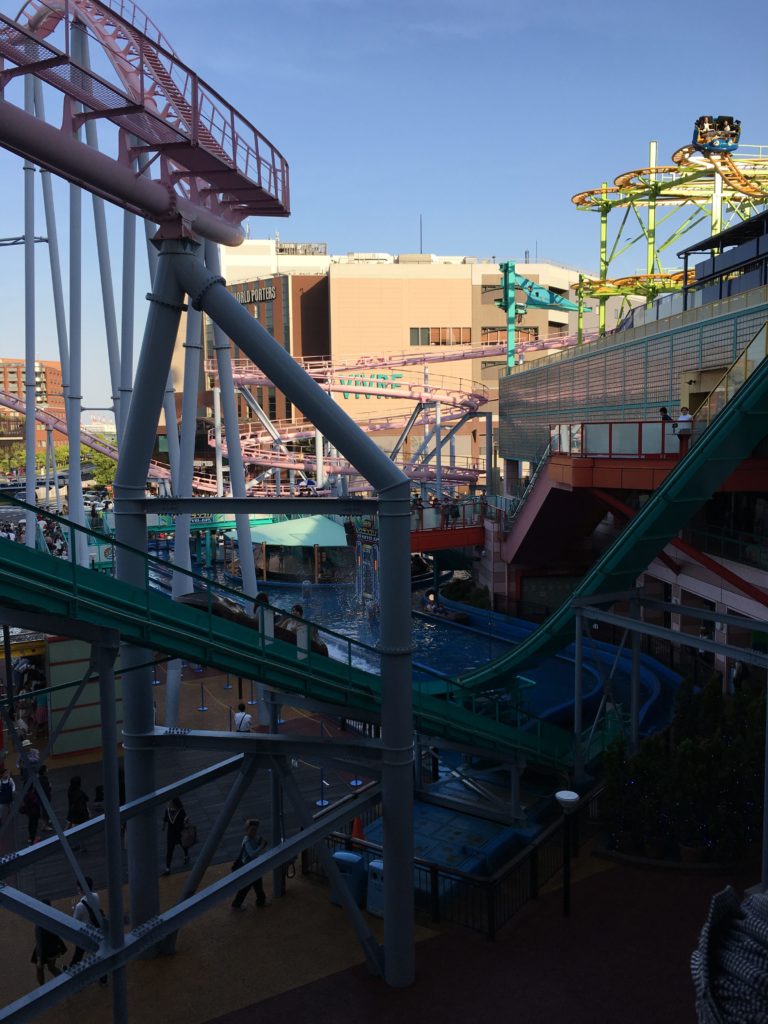 I can really recommend the riding the paris wheel since there’s a very nice view from there. 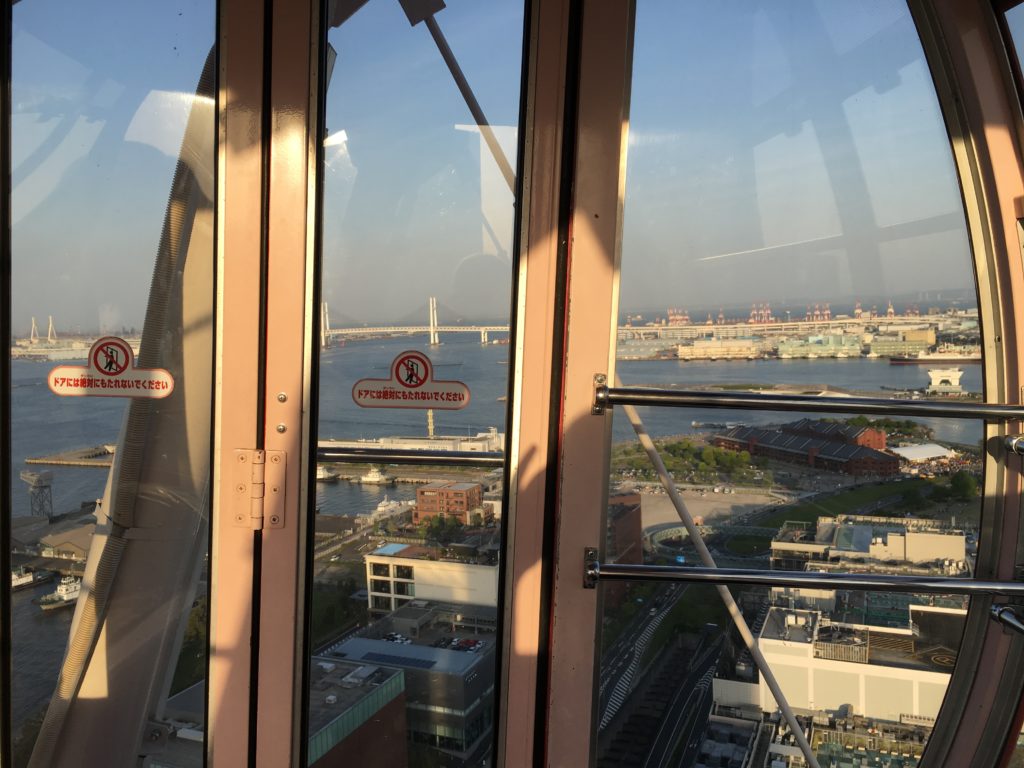 In the evening the whole city lights up which is definitely a view worth staying until after sunset for. 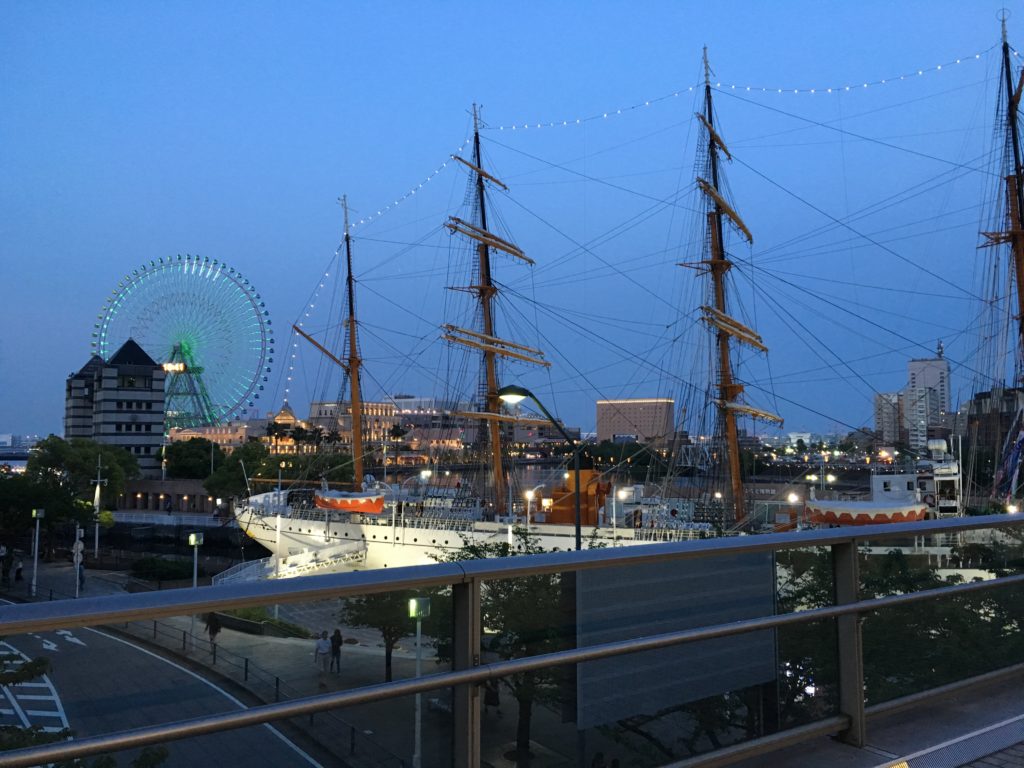 Particularly the paris wheel has some pretty and interesting light shows that look like fireworks and such… at some point it even showed some sort of ping pong. ^^ 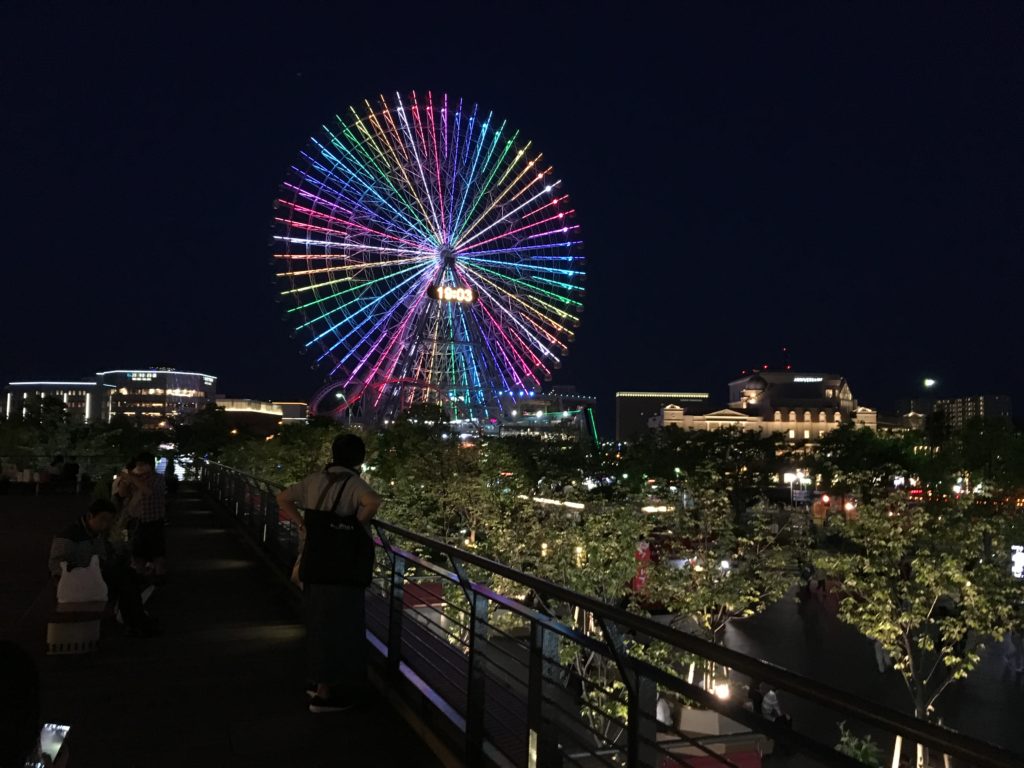 I think I can say that I enjoyed a day in Yokohama to the fullest, but I was quite exhausted when I got home. ^^

In the weekend I went to Kanazawa, so next time will probably be about that! Over and out.