I’ve been in Japan for a bit more than a week now, and I haven’t had time to be bored yet. Although Motoki moved into this apartment around a month before I came to Japan, I had asked him to only buy things that were strictly necessary for living. It might seem like an unfair demand, but it’s important for me to be part of choosing the furniture and its arrangement to be able to feel at home. I have to live here for some years after all. ^^

Although it can be exhausting, I think furnishing a new apartment is a lot of fun. And since it usually comes in handy, the first things I did was to measure the three main rooms (excluding toilet/bath/entrance) and draw sketches. 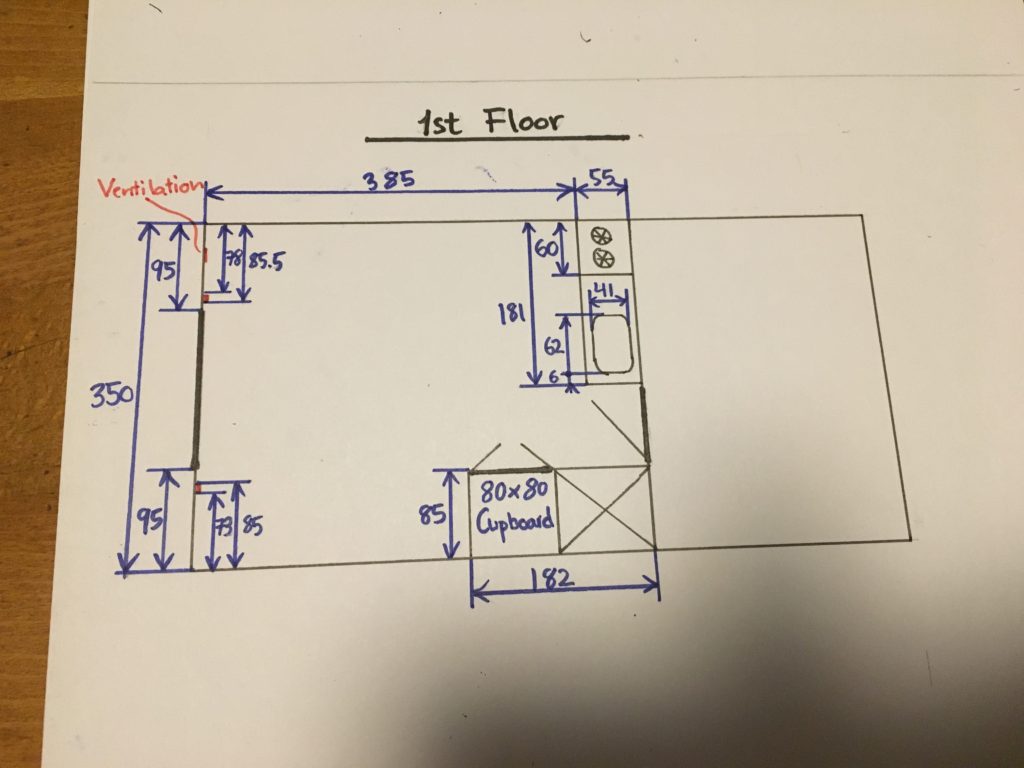 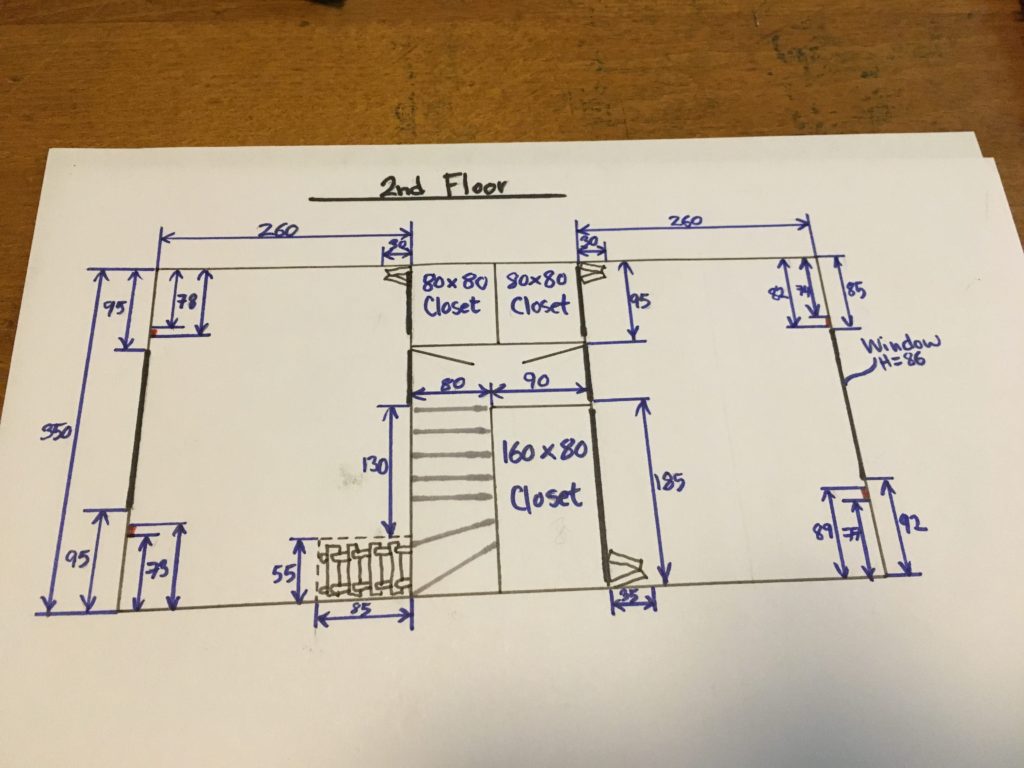 The apartment Motoki had found for us is surprisingly spacious for an apartment in Japan also considering the price. But one of the first things that crossed my mind, was that there was very limited table space in the kitchen. 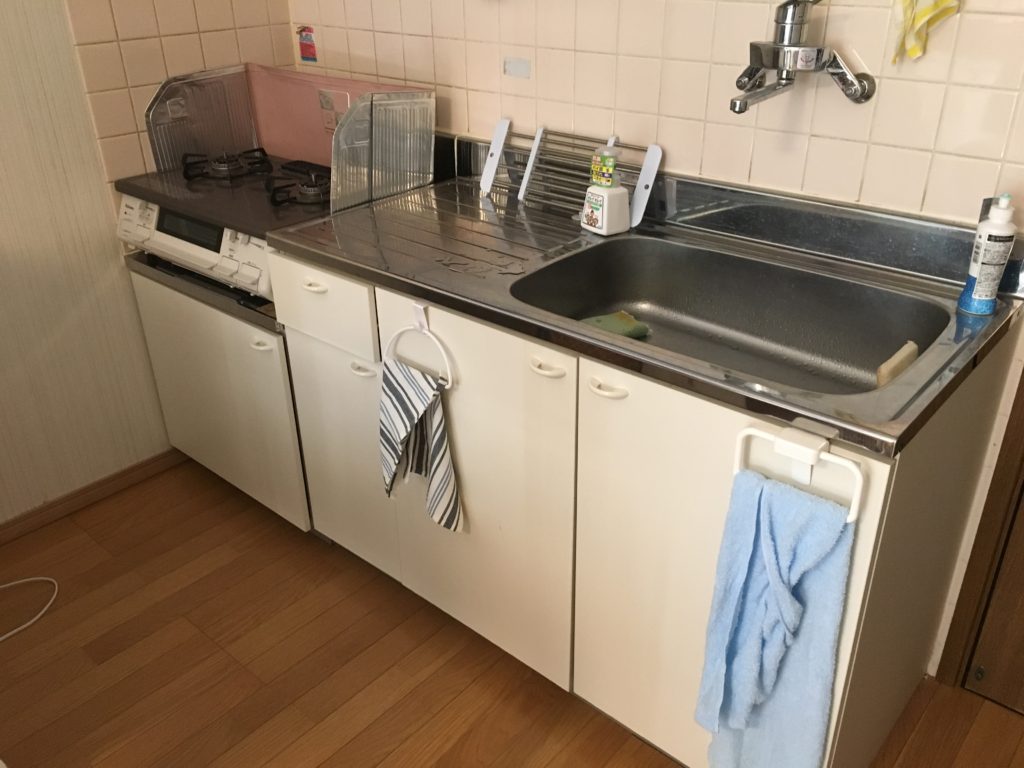 I realised that more tablespace could be obtained by placing the fridge and a piece of furniture into the room, similar to a counter kitchen. We used a steel rack for testing out how it would work out – with great success. 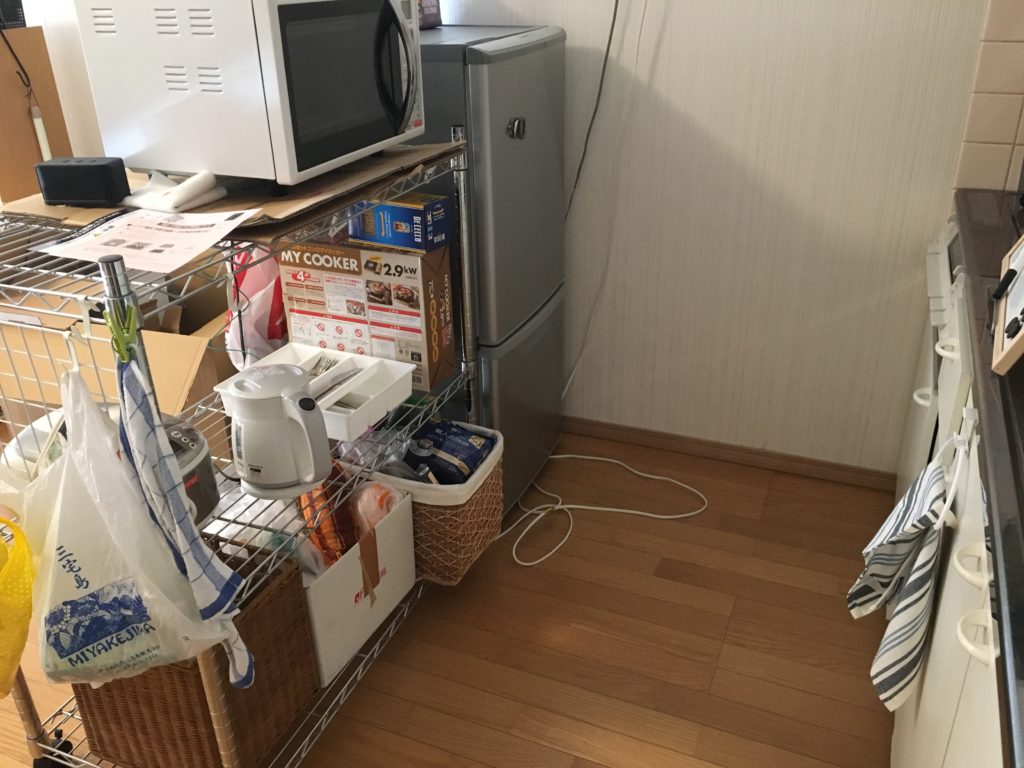 Motoki tried to convince me that we didn’t need to buy a different shelf to replace the steel rack, but I couldn’t imagine cooking etc. on such a wobbly rack. I know… I can be stubborn about some things. But I think he will agree in the end that it was a good choice to buy a new one when it arrives. ^^

Anyway, as we had a lot of furniture we wanted to buy, we went to the Japanese store “Nitori” last weekend. It is a bit similar to IKEA in what it sells, but the furniture is a bit more typical Japanese style. By saying that, I mean that they sell things like Kotatsu and kitchen shelfs with space for rice cookers and microwave ovens, along with furniture that is much more compact than what I am used to. The prices are somewhat similar to IKEA, and they can deliver the stuff you buy to your home address, which is necessary if you don’t have a car (we don’t).

We spent several hours in the store and had to take a break halfway through, but in the end we managed to order almost all of the large furniture we set off to buy. We ordered a new sofa and bed – and of course a new kitchen counter to replace the steel rack along with some book shelfs to cover the backside of the fridge and kitchen counter. 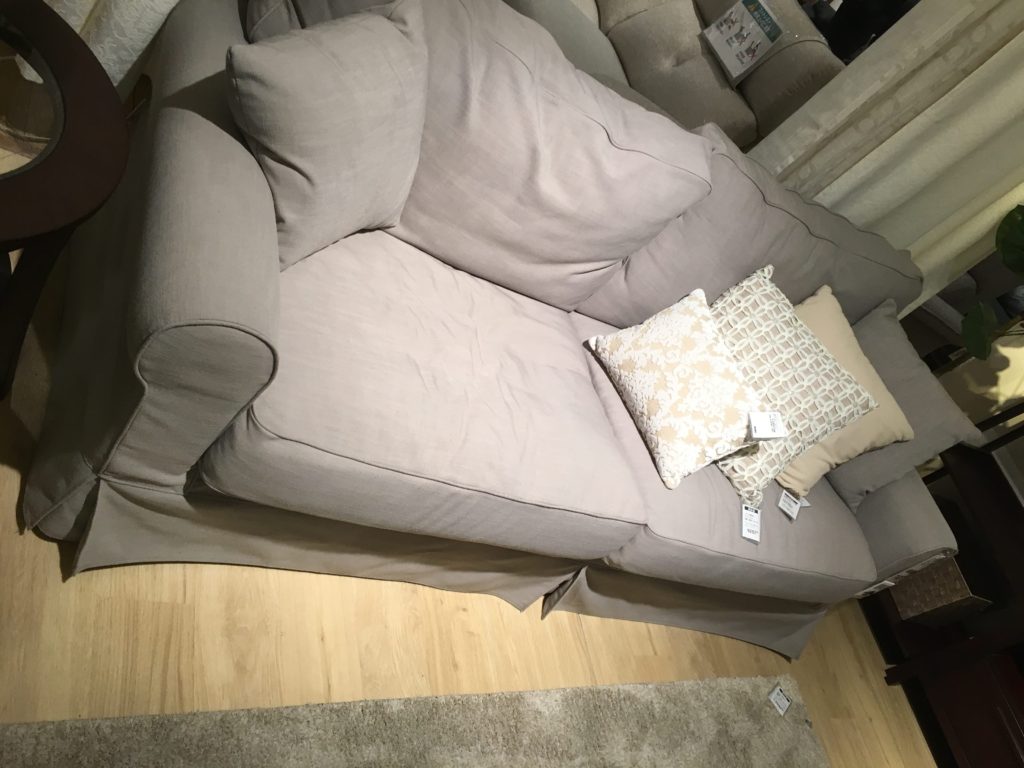 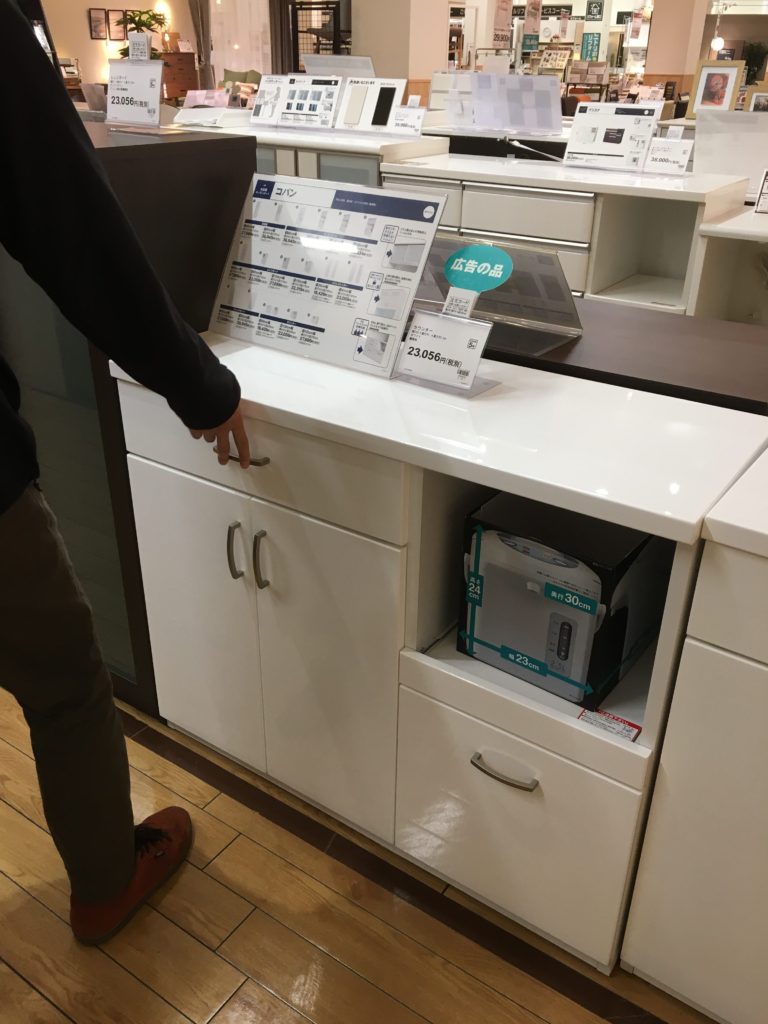 Aside from furniture, Nitori also sells a range of other things for your home. We also wanted to buy a lot of these kind of things, but carrying them back by bike would be difficult. So we just checked out the show cases and ordered them from their website when we came back. Most of the things arrived yesterday, and fit in just as I had imagined. 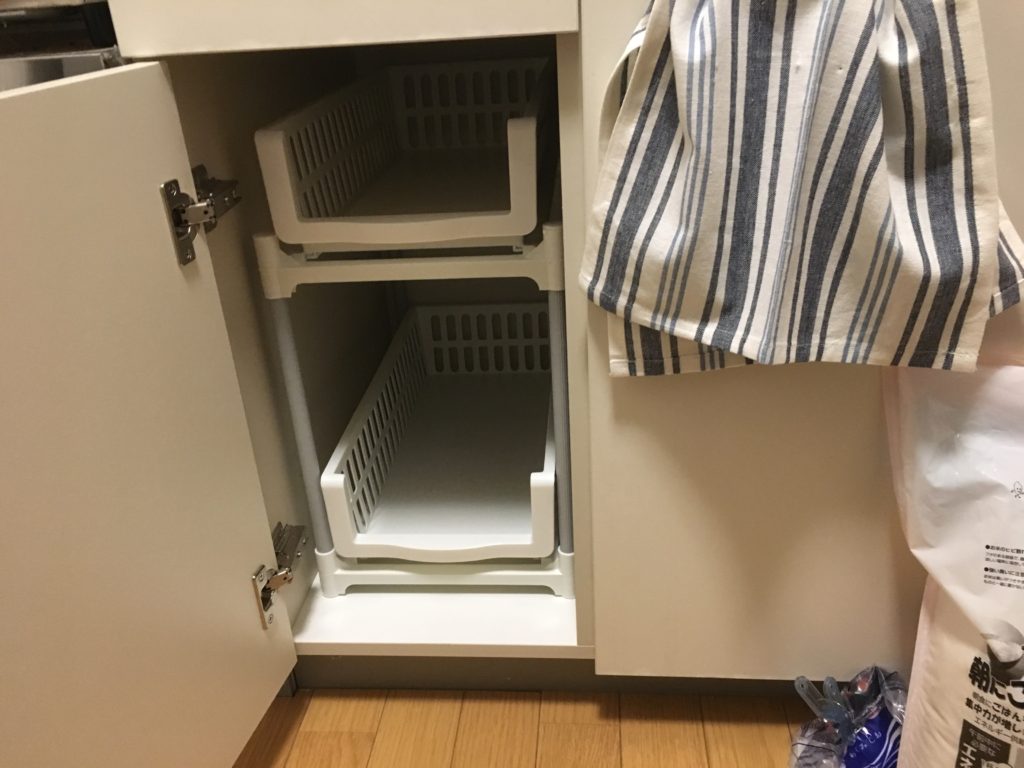 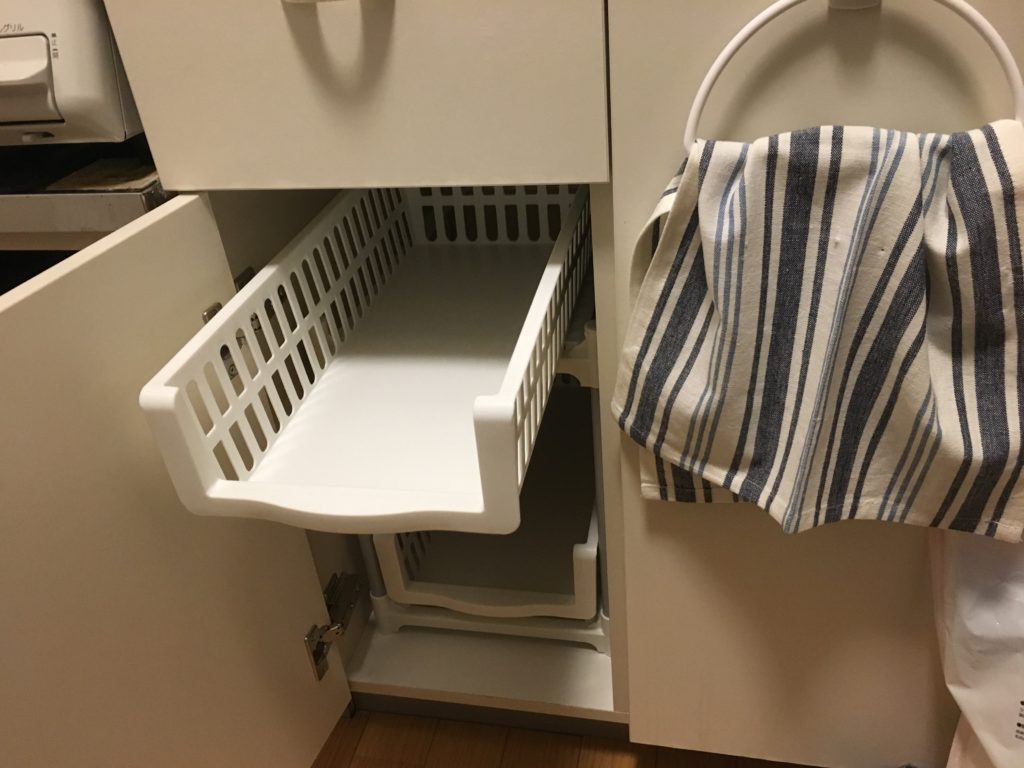 I had previously bought a set of knives, forks, etc. and the tray we ordered for this was really practical with two layers. 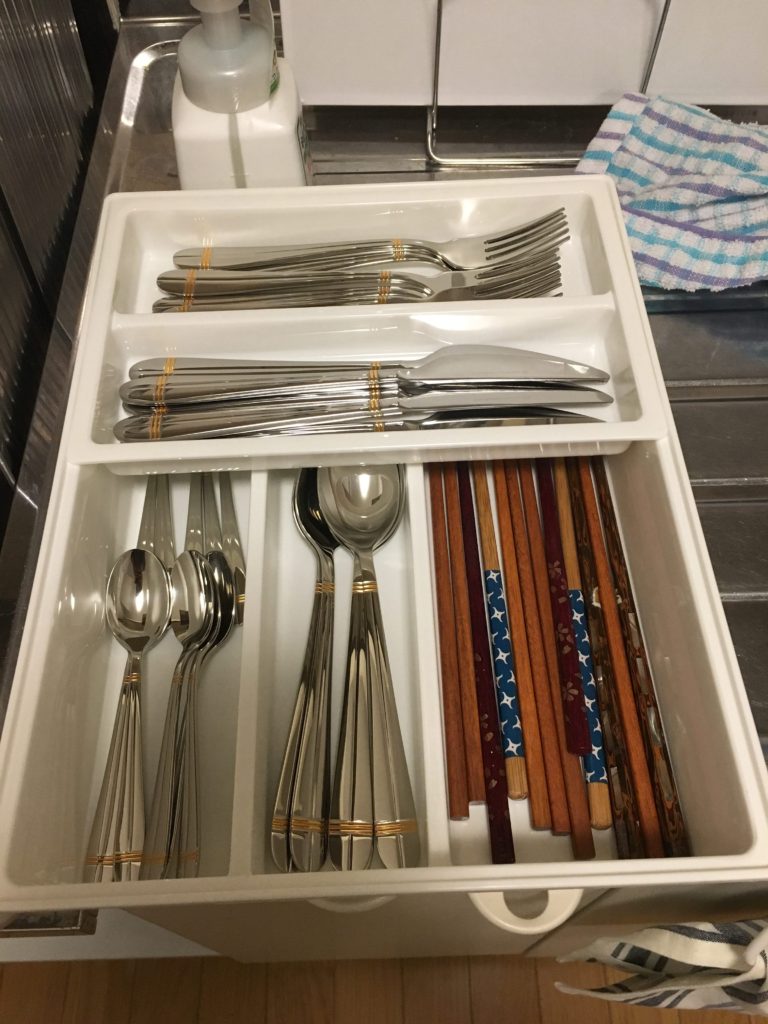 One thing Motoki really had wanted was some sort of rack for drying dishes, as it is not normal to wipe them dry using a tea towel, so we had also ordered that. That also fit in well on the table, still leaving some working space. 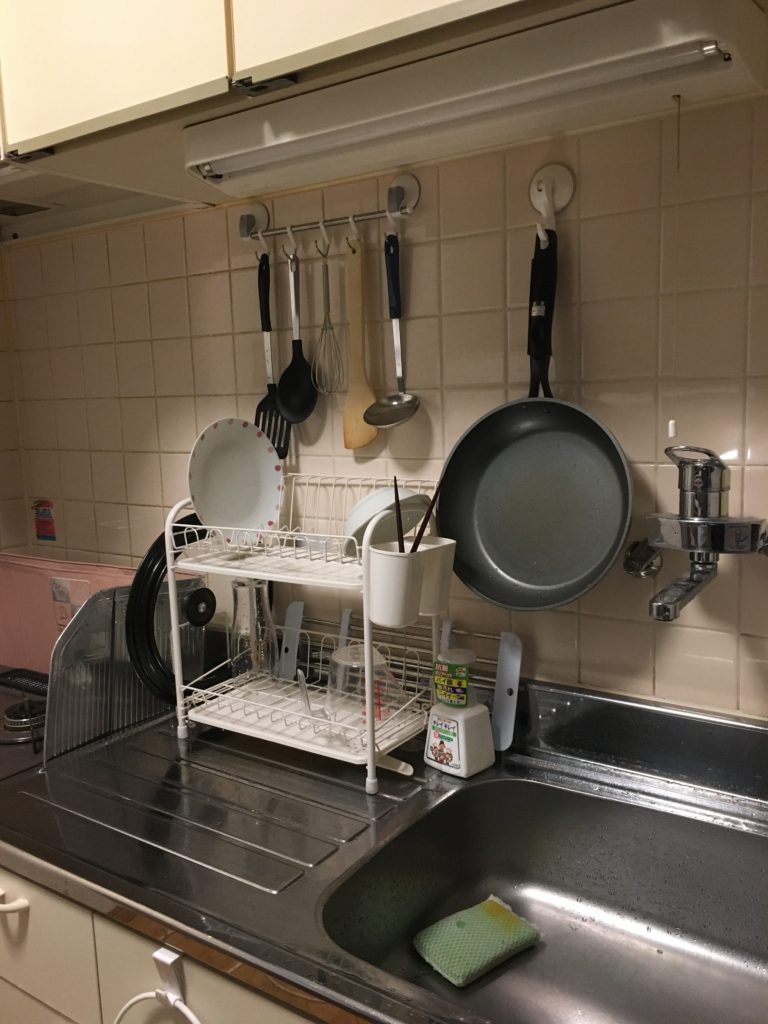 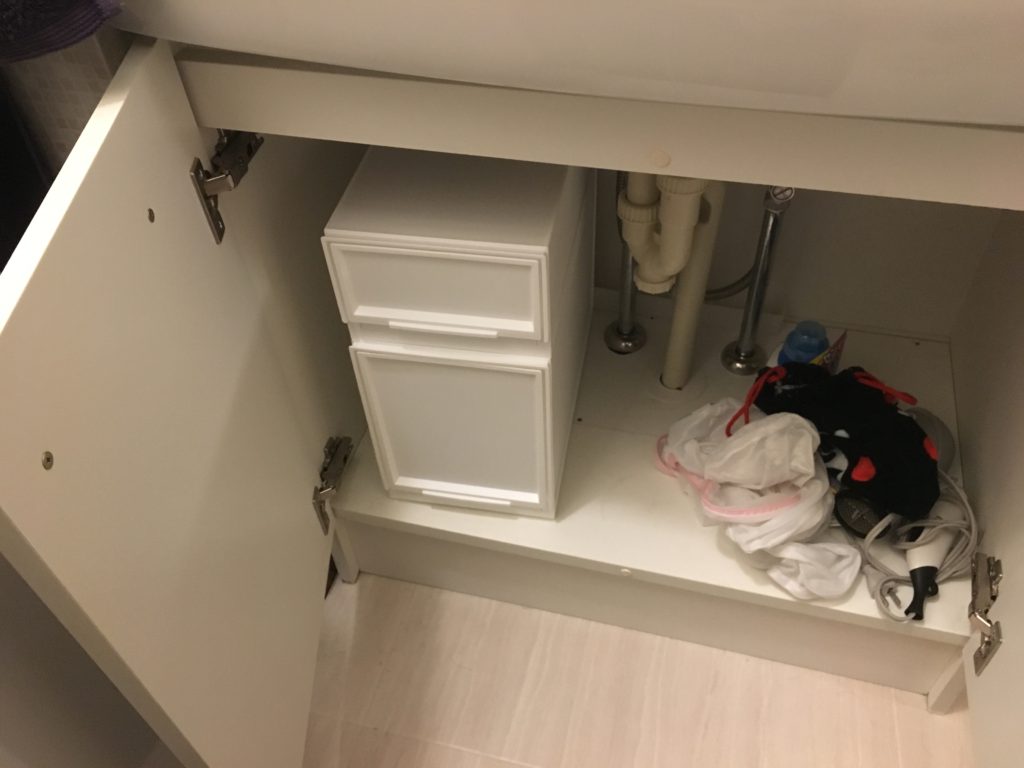 And a white board 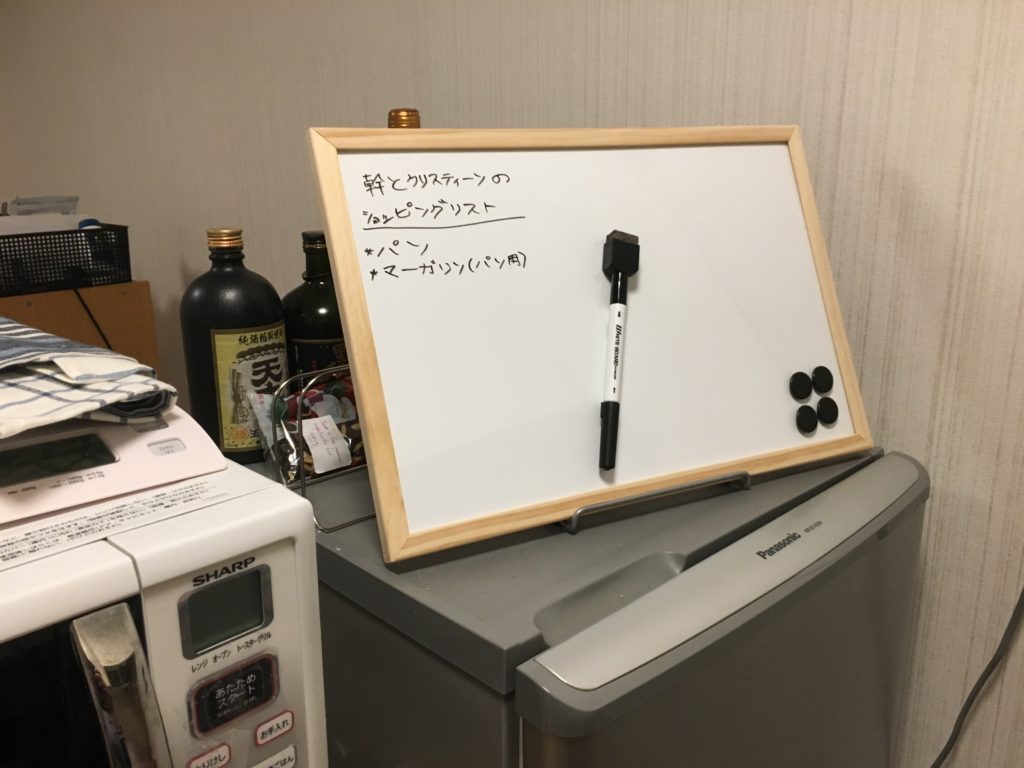 Along with a few other things that will arrive a bit delayed.

We also received the oven we had bought last week, but I think I’ll leave a separate post for that one. ^^ 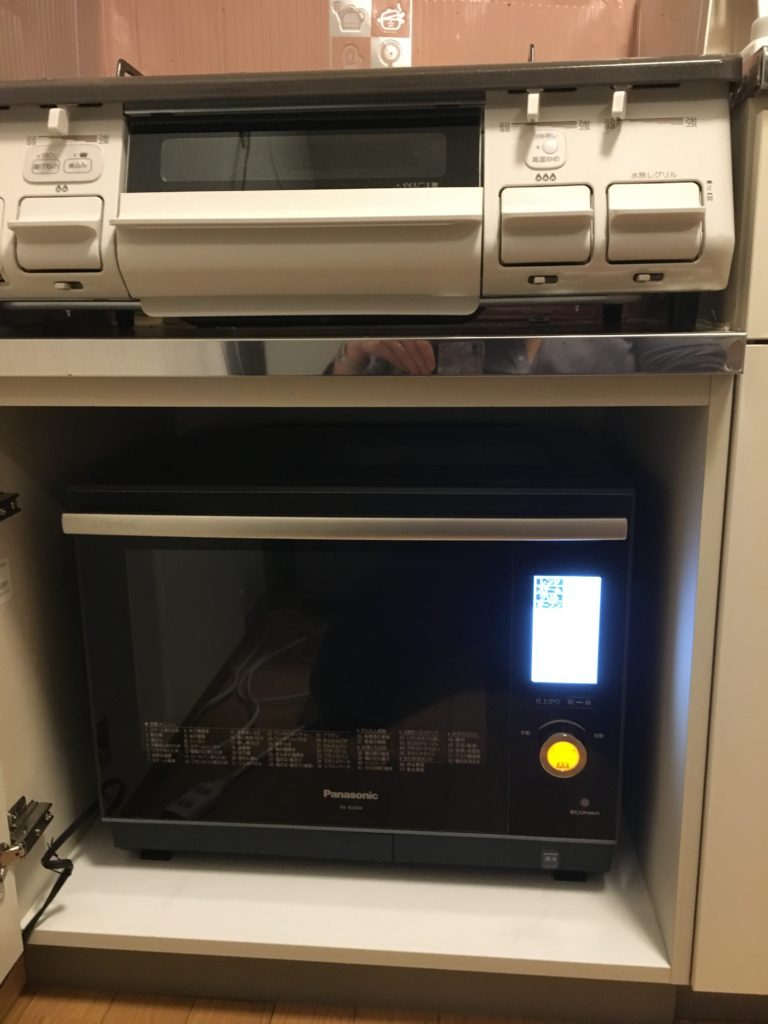 So, enough apartment pictures for now! I’ll write another post when I have some more time. See you!