Since moving to Japan, I’ve been trying to find as much energy as I could for cooking at home. However, since I am probably still getting used to the lifestyle, some days I just do not want to cook. And one should not forget that I also didn’t cook very often when in Denmark either. ^^ Nevertheless, I am trying to get into a rhythm where we can eat at home at least on weekdays. Then we just need to find some easy-to-make solutions for those days where there is not much energy (like every Thursday where I get home around 9PM due to the evening seminar in the lab).

Anyways, if we focus on the days where I am motivated to cook (yes they are there sometimes), I actually already did make a range of things. Of coure it also helps with the new oven and the kitchen counter that arrived recently and has given more than double the working space in the kitchen. 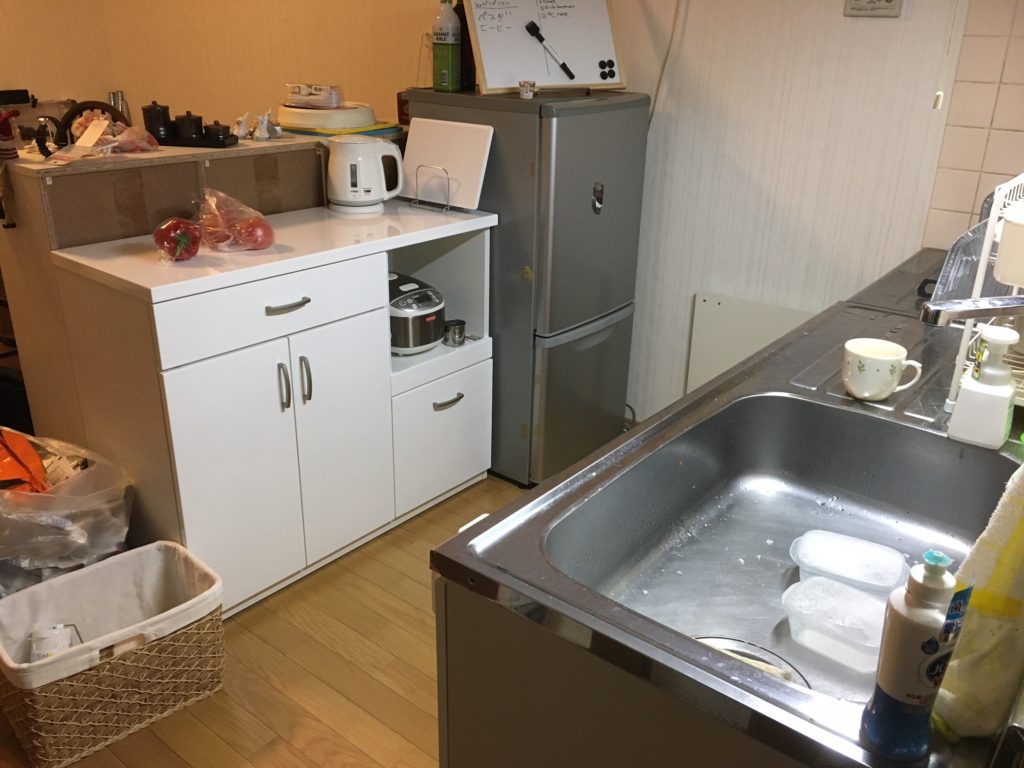 and with photo bombing Motoki… 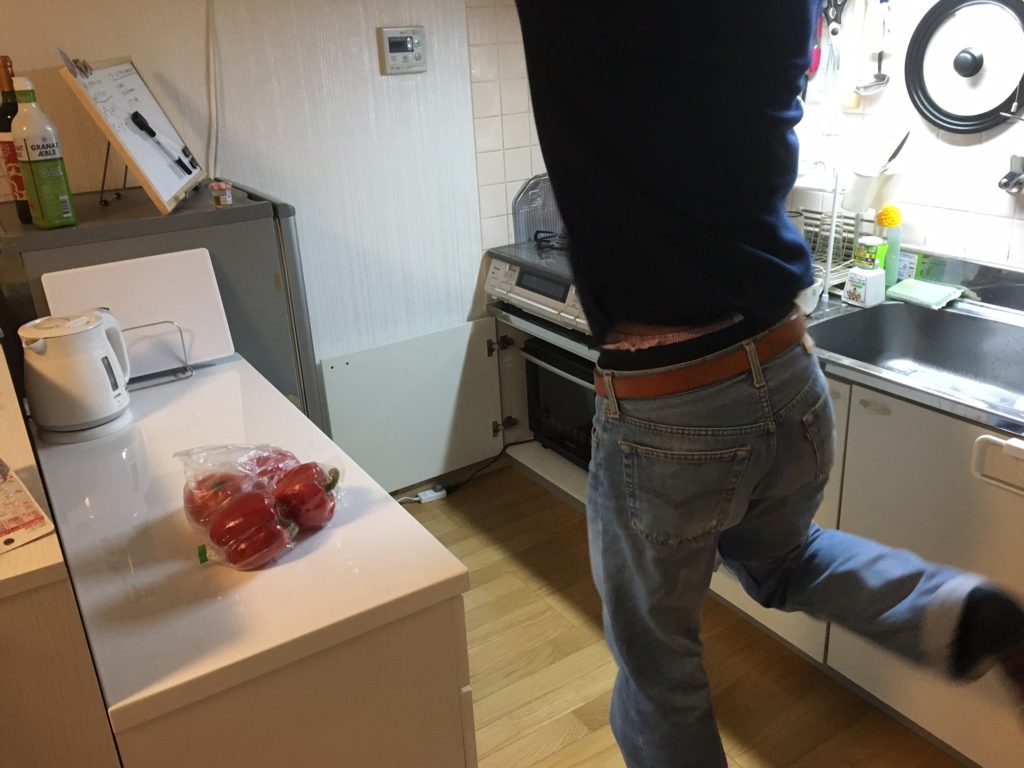 There was a recipe book following the oven, so the first things i tried to make were something written in there. One thing was bread with basil paste, cherry tomatoes and cheese, and although it being simple it was a really good starter. We actually made it twice already because it was easy and good. ^^ The second time we made it with chicken also made in the oven. 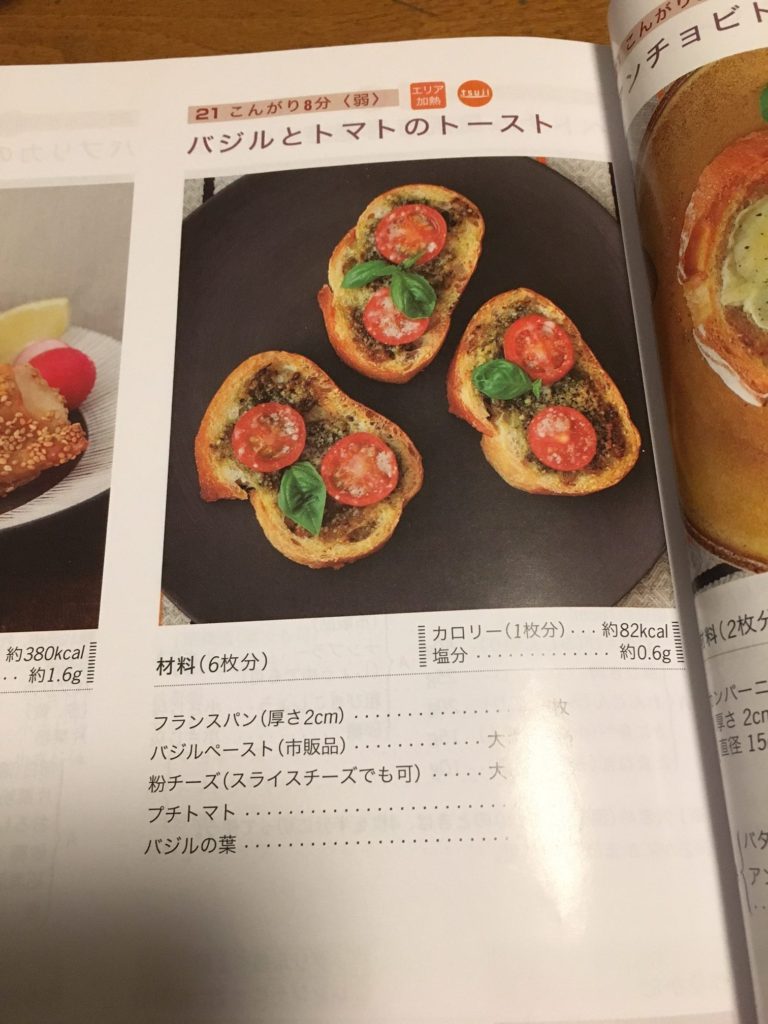 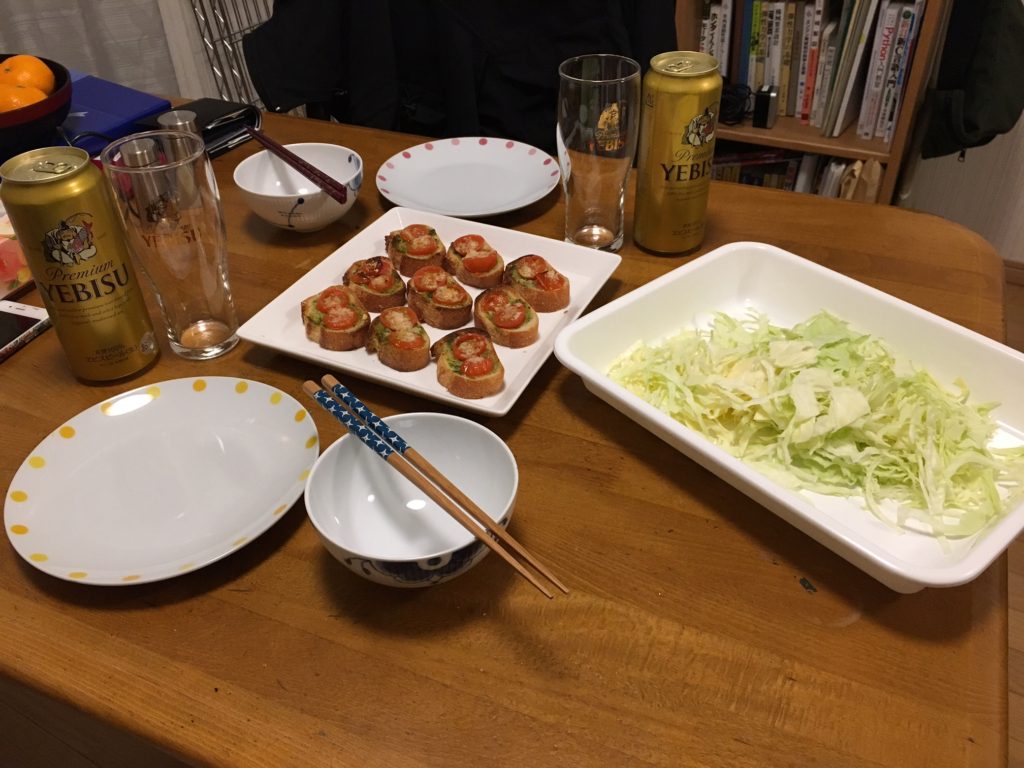 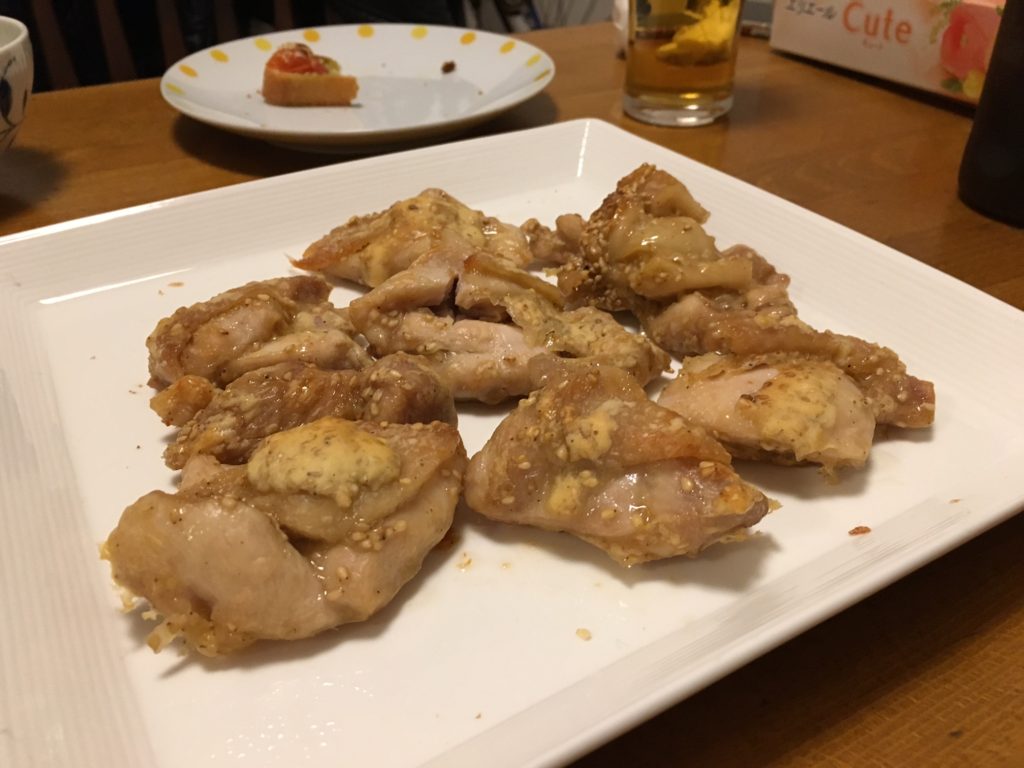 I also made several other dishes that did not need to go into the oven. For example, I bought a pasta cook book (in Japanese), which is really easy to follow and has so many nice recipes. I think I made 3 or 4 dishes from there already, but I forgot to take photos of all except for one of them, I think. 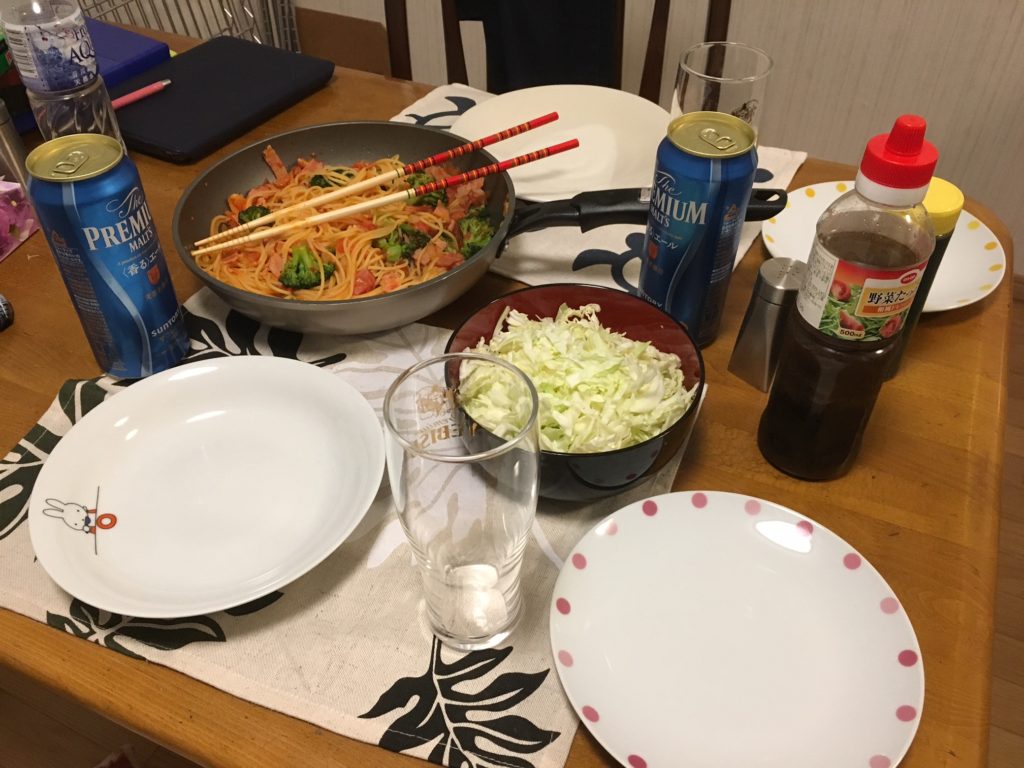 Aside from the pasta tasting great, i can tell you that the blue premium malts beer in the above photo also is quite good. ^^

After some time, I got brave enough to use the oven as a regular oven without using the recipes from the book following it. First I made lasagna which, despite being quite burned on the top, tasted good. From that experience, I learned that I have to decrease the temperature of this oven 10-20 degrees compared to the Danish recipes, and tried to make some paprika chicken recipe. It was really good – despite being made on slightly different ingredients depending on what I could find in Japan. I can definitely recommend that one!
http://www.madenimitliv.dk/2017/04/kylling-fad-pikantost-bacon.html 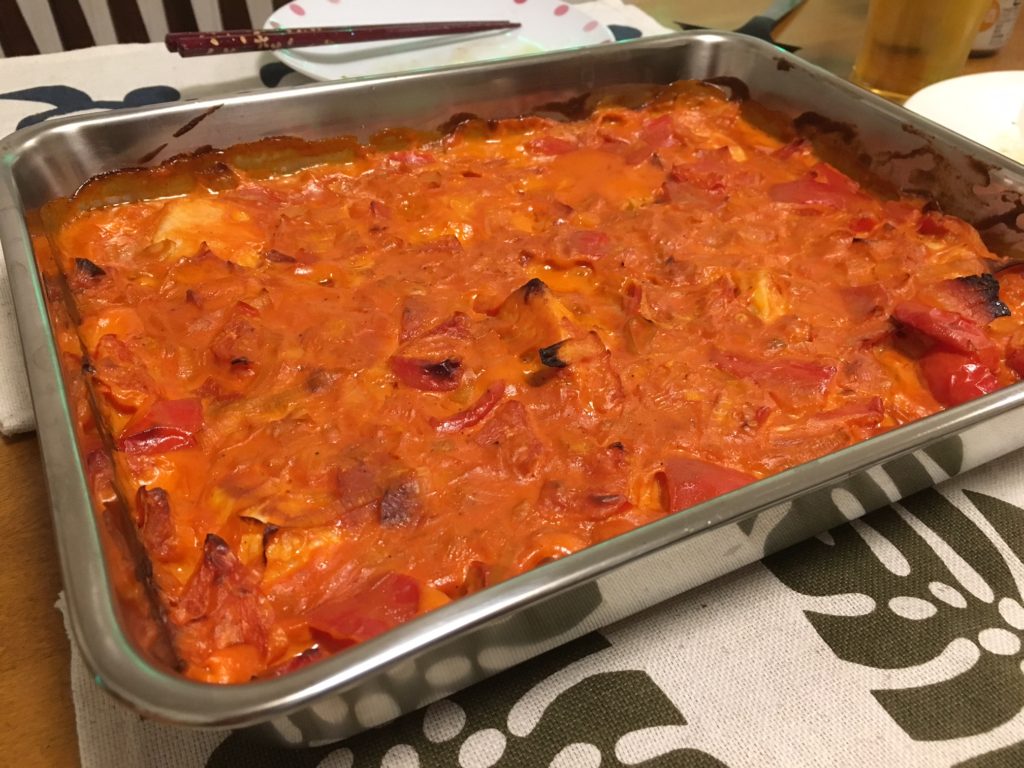 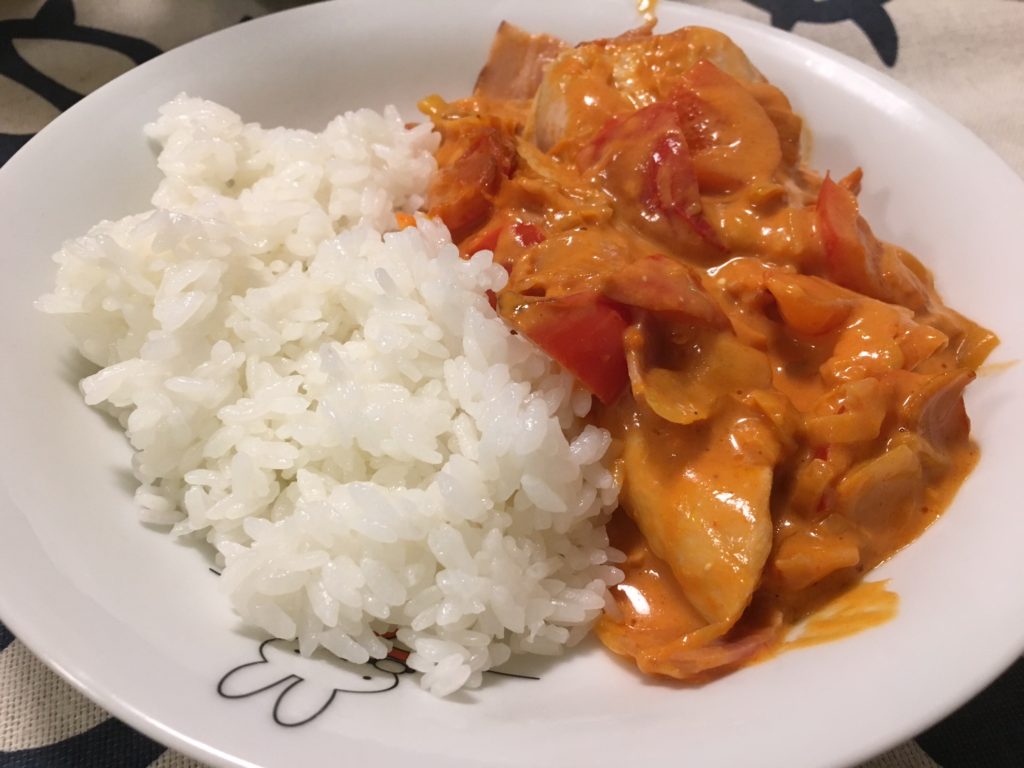 After that one, I went back into the Japanese cuisine and made “Nikujyaga” and some other things that were also not bad. So, at least so far, great success with cooking! Now it’s just to keep finding time and energy to do it. Hopefully I will not get too bored with it. ^^ 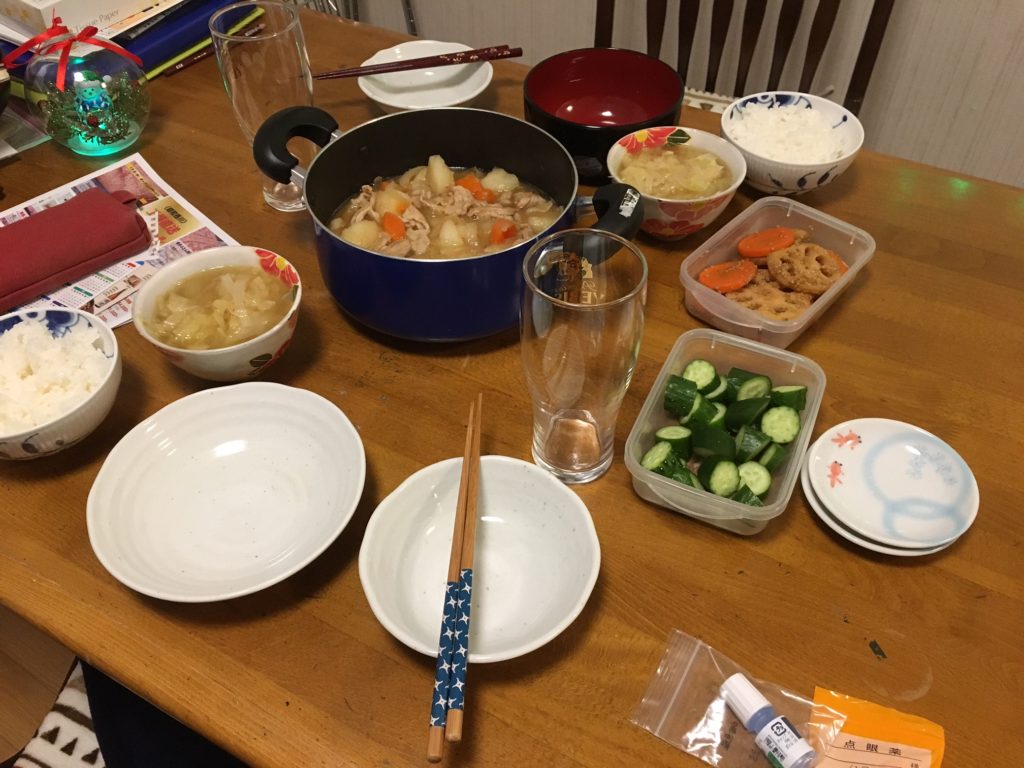 In any case, so far so good. I feel like I am starting to get hang of how to use the kitchen and buy groceries even for non-Japanese dishes. Maybe soon I will feel confident enough to try to cook the rye bread I brought flour for from Denmark. ^^