Today I will end the story about my trip to Nagano. Yesterday I talked about the Onsen, which definitely is something I would recommend anyone visiting Japan trying (Just make sure you know somewhat how it works ^^)! So, after drinking milk (or coffee milk) at the Onsen, we went to get dinner in the town. The two first places we tried had closed the kitchen before usual time, so in the end we went to an Isakaya. It had been raining almost all day, and the sky had been filled with clouds, but when we got out after dinner, it had cleared up and the stars were visible. It’s not so easy for a Dane to understand what’s so special about seeing the stars, since you can see them anywhere in Denmark as long as the weather is right. In Tokyo, however, you can never see the stars since it is too bright from the city lights – so it is something special to the countryside. Therefore we took a walk around the town to take some pictures of the stars (I hadn’t brought my camera though – and I do regret it a little bit).

We spent the night in a cosy little guesthouse/hostel with shared bathroom and bunk beds.

The young woman running the place was extremely nice and easy to talk to. She could speak both Japanese and English, but she spoke Japanese to me most of the time – however in a way which was very easy to understand. She had made a “logo” out of lego for the place, it was kind of cute ^^ 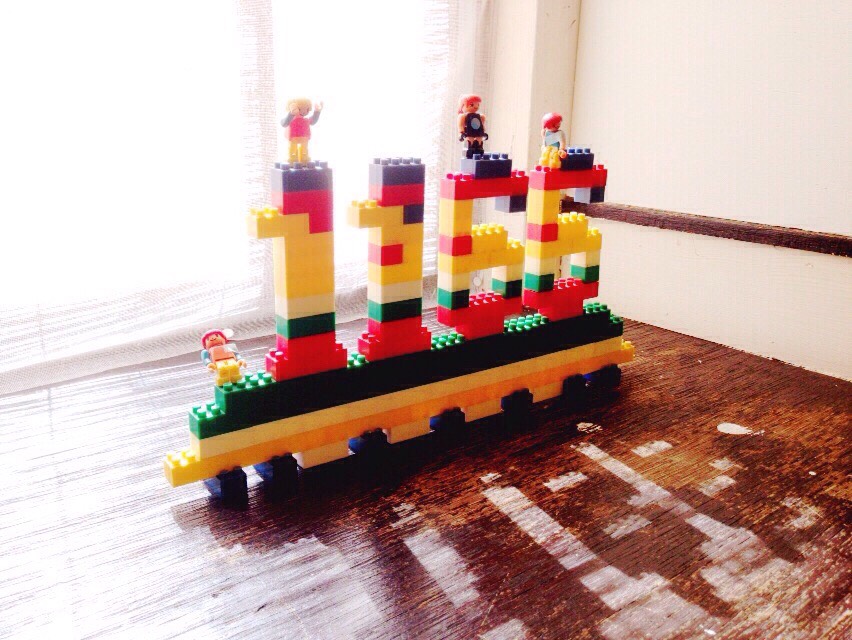 There was no air-condition and I did fear that it would get very hot in the rooms, but it wasn’t so bad (and there were electric fans at every individual bunk bed). We were all very exhausted, and went to sleep straight away.

The next day we took off early (maybe 8:30AM) driving in the direction of Tokyo. We had a few stops on the way, and every “rest place” on the highway was an experience in itself. There were plenty of souvenirs to buy (or just look at), many different types of food, and at one of the places there were put up a lot of flowers. My friend insisted on taking a picture of me next to the flowers, since I wore a dress with flowers on. Oh well, why not – I made sure to pose “Japanese style” ^^ 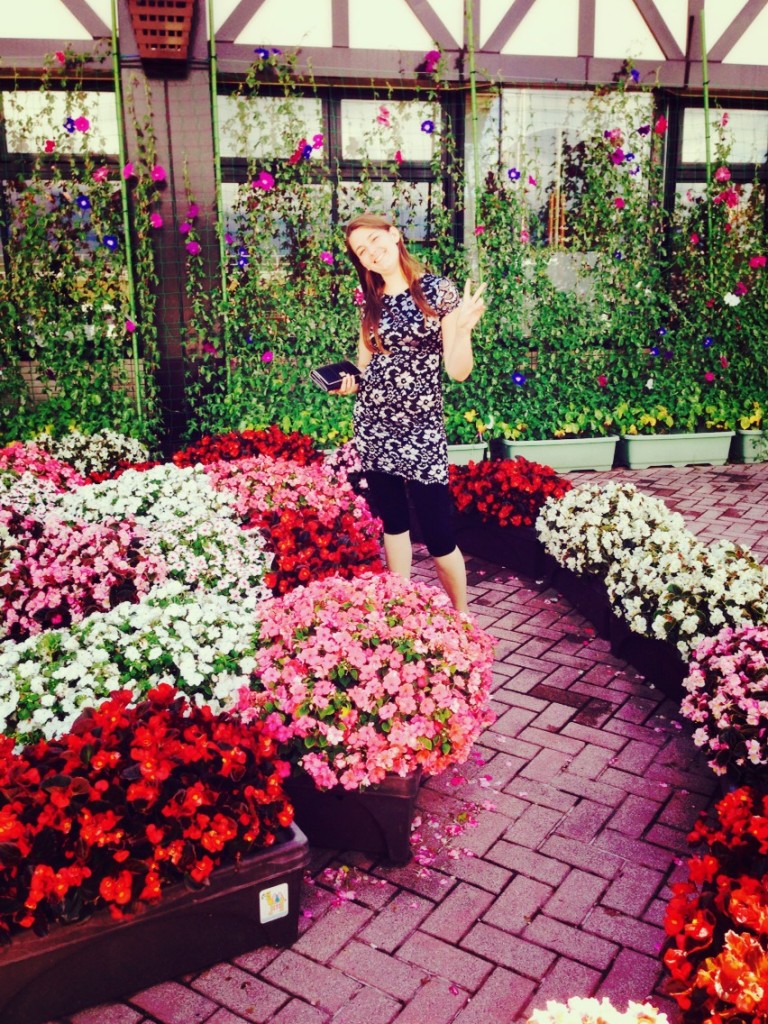 The last visit before going home was a sunflower field. Here they had made a business out of letting people walk around the sunflower fields, setting up food stands and such. 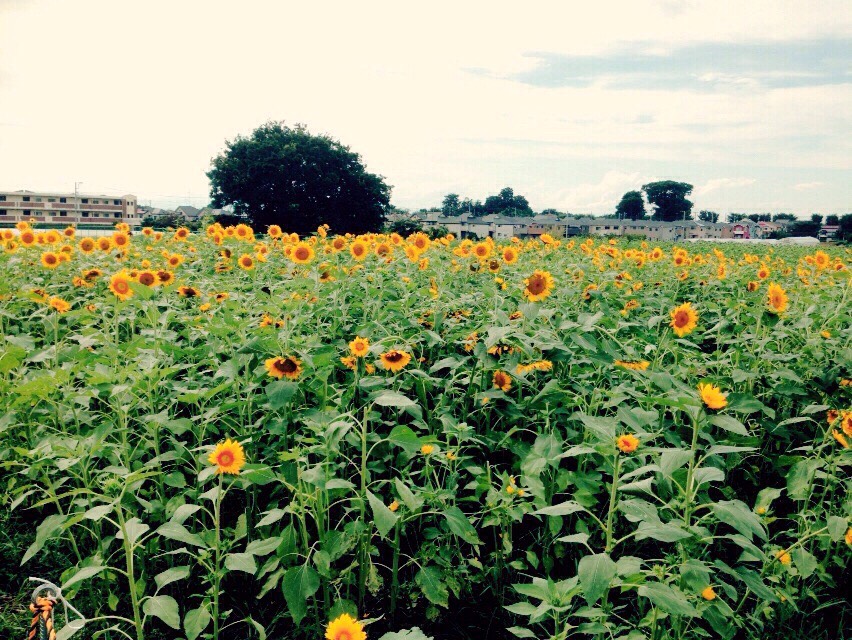 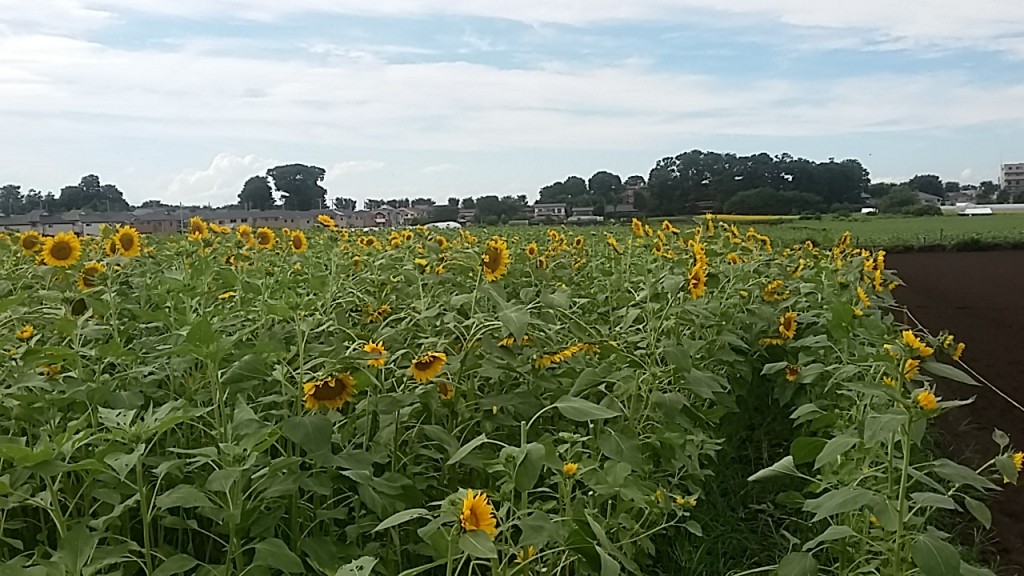 There even was a monkey show and you could go and cut sunflowers for yourself for 100 yen a piece (around 5kr). I went to cut one, but there were so many wasps so I was pretty quick about it. ^^ I think the one I ended up with was pretty, though (despite its flaws). 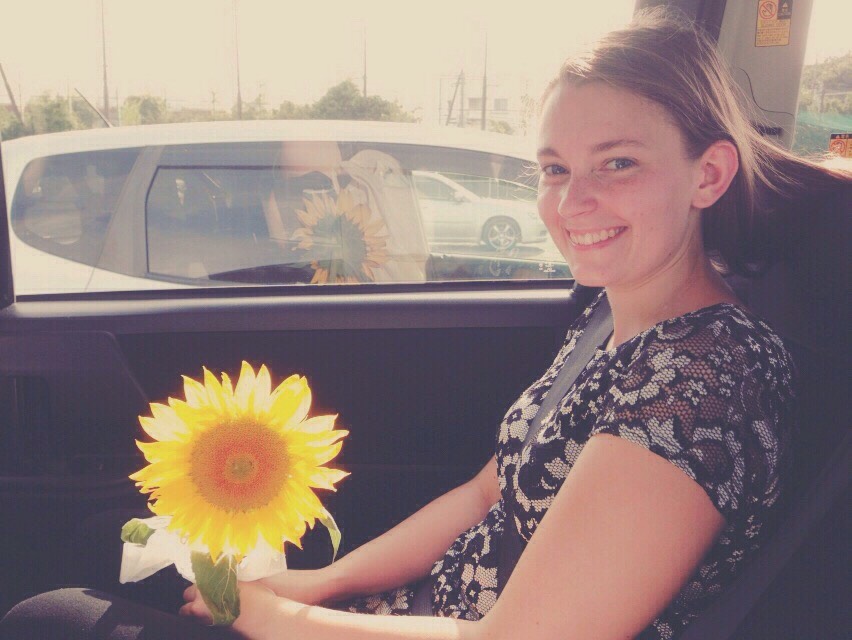 When I got home with my sunflower, I realised that I had no vase to put it in. My improvisation then gave this result: 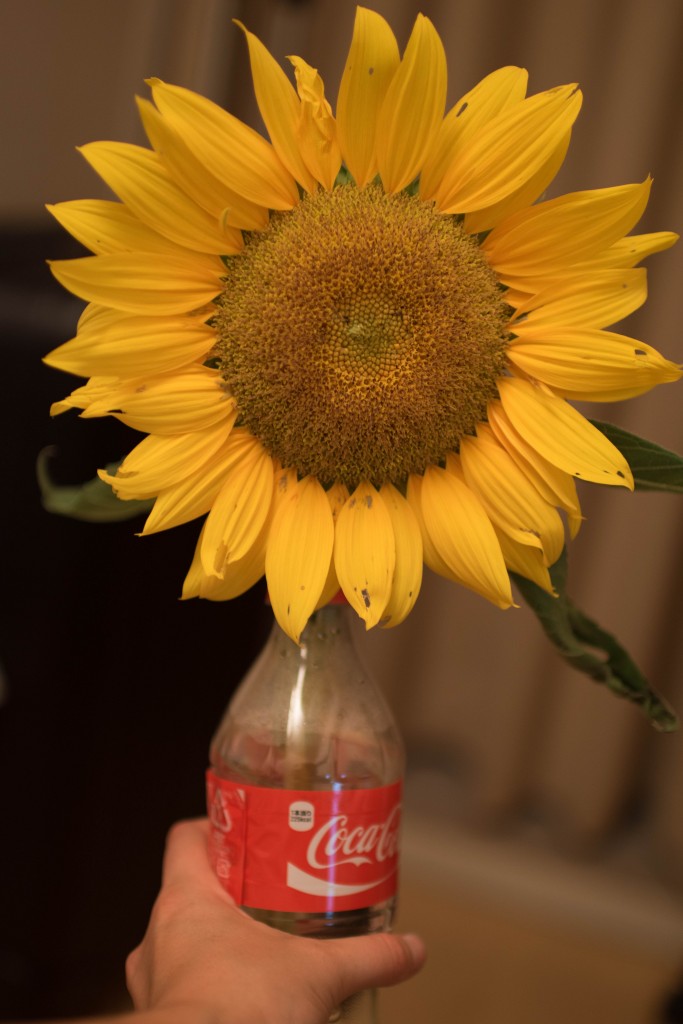 Now the sunflower is starting to hang a bit with it’s head, but it has been spicing up my desk for almost a week – so the cola bottle seemed to do its job.

With that, I will end my tale of my trip to Nagano. I will be working in the weekdays now, but I will probably still experience enough new things every day to keep blogging regularly.